Requiem for a New World: Tribute to Igor Stravinsky

French-Lebanese composer Zad Moultaka will perform the world premiere of his new musical and visual composition Requiem for a New World at Basilica S.S. Giovanni e Paolo in Venice, Italy. The musical and visual performance will pay tribute to the late Russian composer Igor Stravinsky, whose compositions had a revolutionary impact on music and is best known for his work The Rite of Spring.

Stravinsky had a deep-rooted connection and love for Venice, often collaborating with the Biennale Musica di Venezia and premiering several of his masterpieces in the City, and it was his last wish to be buried there. His final composition, Requiem Canticles, was performed at his funeral at Basilica S.S. Giovanni e Paolo in 1971 and will be played again as part of this unique concert to mark the 50th year since his death. 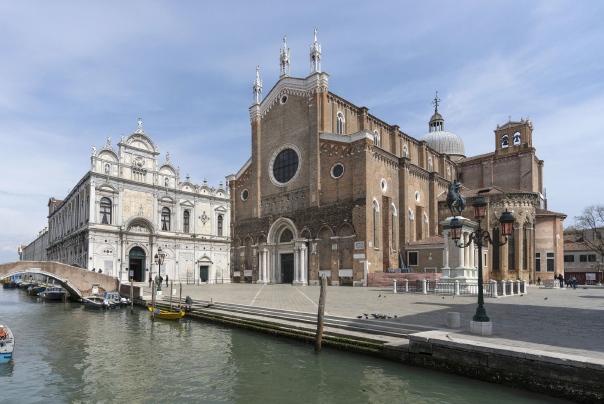 Requiem for a New World is inspired by the theme of ritual found in Stravinsky’s work, which expresses the power of shared experience and the feeling of collective energy inherent to ceremonial events. For the main composition in the performance, Moultaka also draws from a new text by the renowned Lebanese poet Etel Adnan. In the poem, Adnan describes the moment the human race decides to migrate to outer space and reflects on the process of how to establish the beginnings of a new civilization.

The concert will be performed by an orchestra of 60 column loudspeakers conducted by Roland Hayrabedian, founder of vocal performance company Musicatreize, which will also be participating as a choir alongside the counter-tenor Raffaele Pe. The performance will be accompanied by projected visuals and animated lighting designed by Moultaka and timed to the music, illuminating the spiritual space of the Basilica.