Kandinsky Prize winners and participants of the exhibition in the Russian Pavilion at the 57th Venice Biennale of Contemporary Art, artists Andrey Blokhin and Georgy Kuznetsov continue to explore the cultural and visual codes of Homo Virtualis and his world, in which citation indexes, engagement rates, and the number of people who viewed and “liked” your material are cherished values, and where virtual reality has supplanted religion, wooing away its followers. 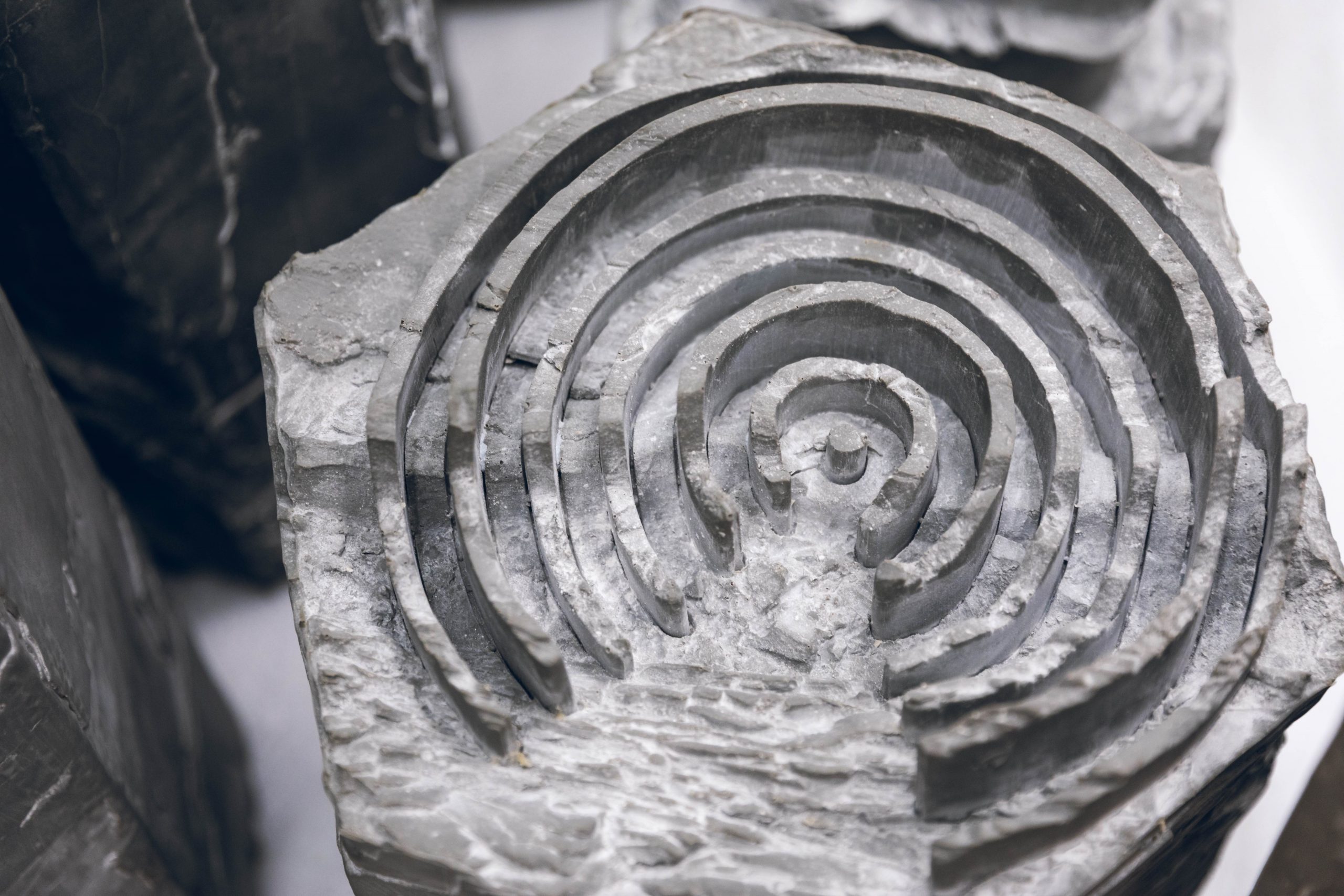 In their new project, created especially for Manege, Recycle analyses the transformation of human personality under the influence of modern technology. They focus on the interaction between man and machine, studying the possibility of telepathy between them. True to the central theme of their work, Andrey and Georgy reflect on the possibility of eternal life inside a network, and stage startling and ironic experiments on our human mind.

“The world is currently in the midst of global changes, and whether or not people are physically present with one another is becoming less important. Using new technologies and machine learning, a person is now capable of living an almost full life virtually. We are very interested in how much this will change the life of someone who has decided to enter into this type of interaction with the new world.  These days the connection between human and machine is a key element in the development of civilization, and we are currently in the process of laying the foundations of the philosophy surrounding it. Each one of us is adding their data to the new world every day, and almost all of this information is being saved and has value.”

The project New Nature spotlights the artists’ interactive sculptures and dynamic art objects that turn viewers into participants in a virtual, technological performance.

Likening themselves to metronomes, unfolding their project in three dimensions – the material, the spiritual, and the virtual – Recycle attempts to foresee and foreshadow the ideas that will one day become the foundation of the art of the future.

The project’s website is the virtual dimension of the exhibition, as well as the main portal into the futuristic world of Recycle Group. What inspires the artists? What codes are hidden in their art? What’s happening at Recycle’s studio and at Manege during preparations for the exhibition? There you can journey through the world of the Recycle Group (from their studio in Paris, to a New York Gallery, and back to the exhibition in St. Petersburg); talk with the artists and the team at Manege; find information on Manege’s lectures and events accompanying the exhibition; get an expanded version of the list of films, music, and books that inspired Recycle; and see what is happening at Manege in real time. The website is regularly updated with new audiovisual content.

It has taken two years to prepare this show at the Manege, and in the meantime the project’s central idea has undergone multiple transformations before taking its current, final shape. The artists’ focus has become learning whether telepathy might be possible between humans and machines, between natural and artificial intelligence. Replacing human vision with a digital code, Recycle attempts to put the viewer in the machine’s place, to gain first-hand experience of how the programme reads and processes the information it gleans from the world around it.

The works on display are crafted from Recycle’s favourite media – plastics, polyurethane, and silicon. Some of them came to Manege from London and Paris. Others have been created in Russia, in part in the artists’ hometown of Krasnodar.

“Comprehending the reality of today and tomorrow through creative means, through art, is already difficult to fathom doing if it does not involve the ecological situation and the questions surrounding the sustainable development of the planet. Andrey Blokhin and Georgy Kuznetsov manifest their idea through the concept of recycling, using polymer materials for their sculptures and installations. Their work demonstrates society’s changing view of cultural behaviour relating to ecology and the first steps being made towards a circular economy. SIBUR believes that supporting such an initiative is very important.”

Recycle describes their show as a reflection on the information age and the present day, where data volumes and transmission speeds are critically important. The project deals with information flow, our ambition to immortalise ourselves in cyberspace, and our brainchild artificial intelligence, which is already changing how we see the world and transforming our customary methods of person-to-person communication. 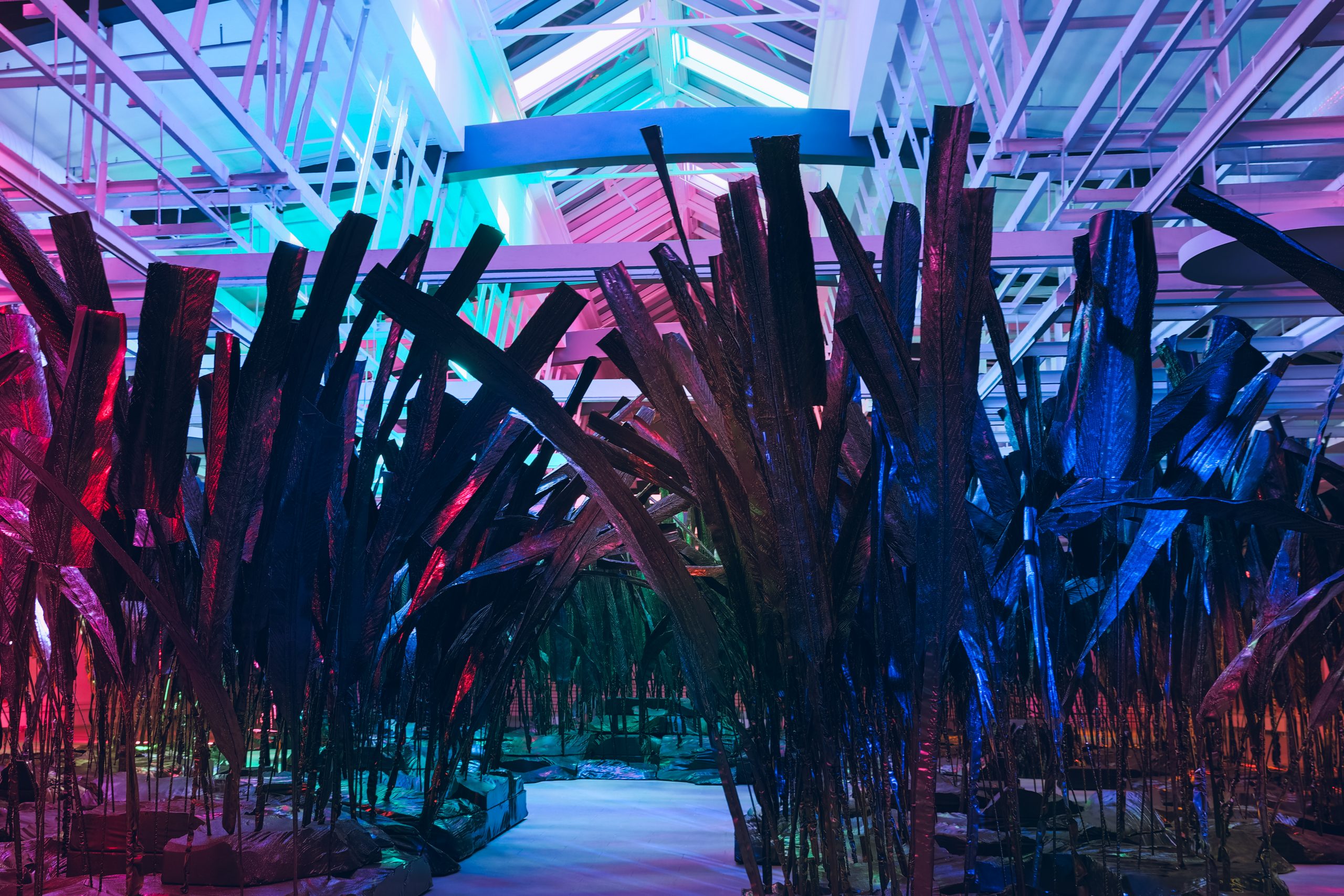 The New Nature exhibition is accompanied by a supplemental educational programme, whose main themes include post-internet art, the influence of digital technology on the work of contemporary artists, the transformation of personality and of the material environment in the era of virtual reality, the expansion of the capabilities of our brains, global changes in the environment and climate, and innovation in the spheres of science and medicine. More than twenty scientists involved in IT technology, genomic medicine, robotics, neurobiology, psychology, physics, chemistry, and other sciences will share their knowledge about the main scientific ideas of our time and about their own studies. Members of the creative professions will discuss schools in contemporary art in which the artwork is created with the help of modern technologies, materials, and new means of expressions based on scientific methods.