RA+C presents its selling exhibition of Russian Works on Paper

The 1920’s saw a period of unprecedented artistic freedom in Soviet Russia. Whilst the forces of repression gathered, finding their apogee in 1934, the years proceeding saw a vast array of new talent, artistic experimentation and optimism. The groups that grew out of the schools of learning, Vitebsk, UNOVIS, VKhUTEMAS or who studied at the feet of the masters, Malevich, Filonov, were numerous and wide-ranging. 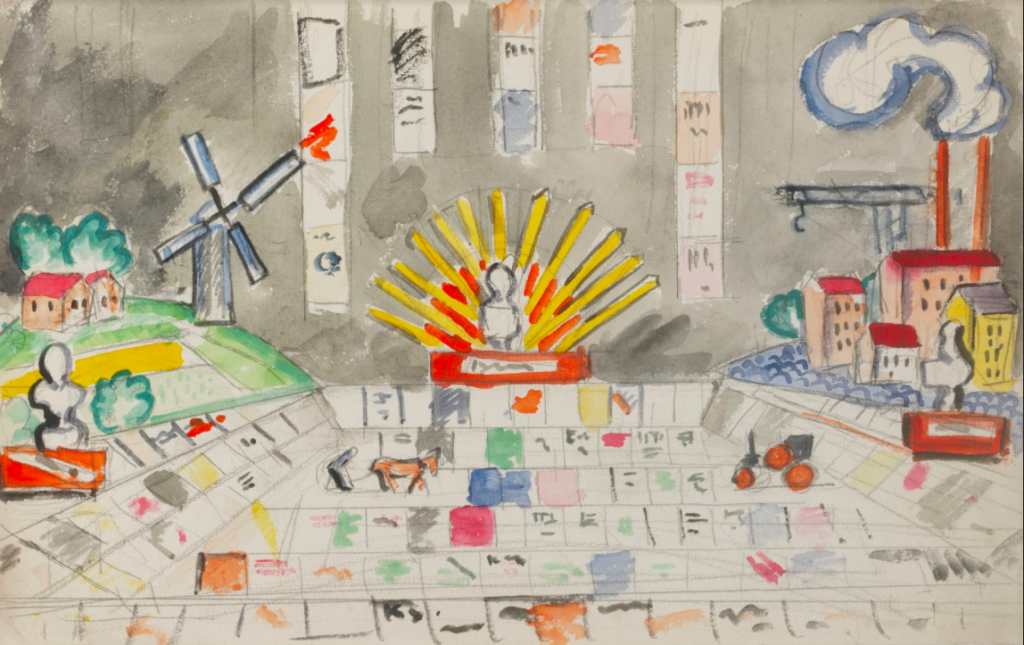 Aleksander Rusakov. Study for a children’s game with a windmill and a factory, 1930

The Leningrad ‘Circle of Artists’ featured the work of Alexander Rusakov, who is represented here by five pictures, including two studies for seminal works, ‘Electrician’ and ‘Woman with a pram’ in the State Russian Museum is but one. His wife, Tatyana Kupervasser is another. Vera Pestel belonged to the ‘Makovets’ and ‘Path of Painting’ groups, whilst Katerina Zernova was a member of OST, the Stakhanovite Group whose mentor was Alexander Deineka. Indeed, works on paper and book illustrations, Zernova’s nine works for ‘ROSKA’ shown here being a fine example, frequently provided artists with an outlet for their more creative instincts. The work of Georgy Rublev, known as the ‘Soviet Matisse’ and famous for his portrait of Stalin reading Pravda, is instructive. 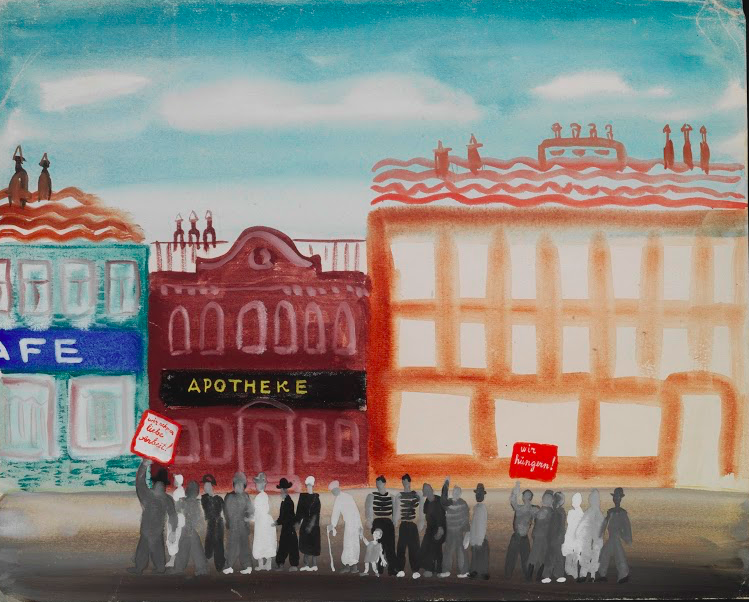 From propaganda work of 1933, his scenes of unrest in Weimar Germany are unique historical documents, to gentle portraits and landscapes these works show a lost world and provide the perfect example of the genre of 1920’s-1930’s Russian works on paper, evoking a period of optimism in Soviet art, as in Soviet society before the formal introduction of the stuctures of Soviet Socialist Realism and a rigid framework from which art never escaped until the death of Stalin.