This exhibition presents Oleg Vassiliev’s portfolio of lithographs The House with a Mezzanine (1991), which the artist was asked to produce in response to Anton Chekhov’s 1896 short story of the same name. Like many nonconformist artists in the Soviet Union, Vassiliev had worked as an illustrator. The commission of the portfolio came with none of the restrictions typical of official illustrations. What Vassiliev created was less a standard interpretation than a sensitive conversation: between an artist and an author, between a collapsing Soviet Union and a fading Imperial epoch. 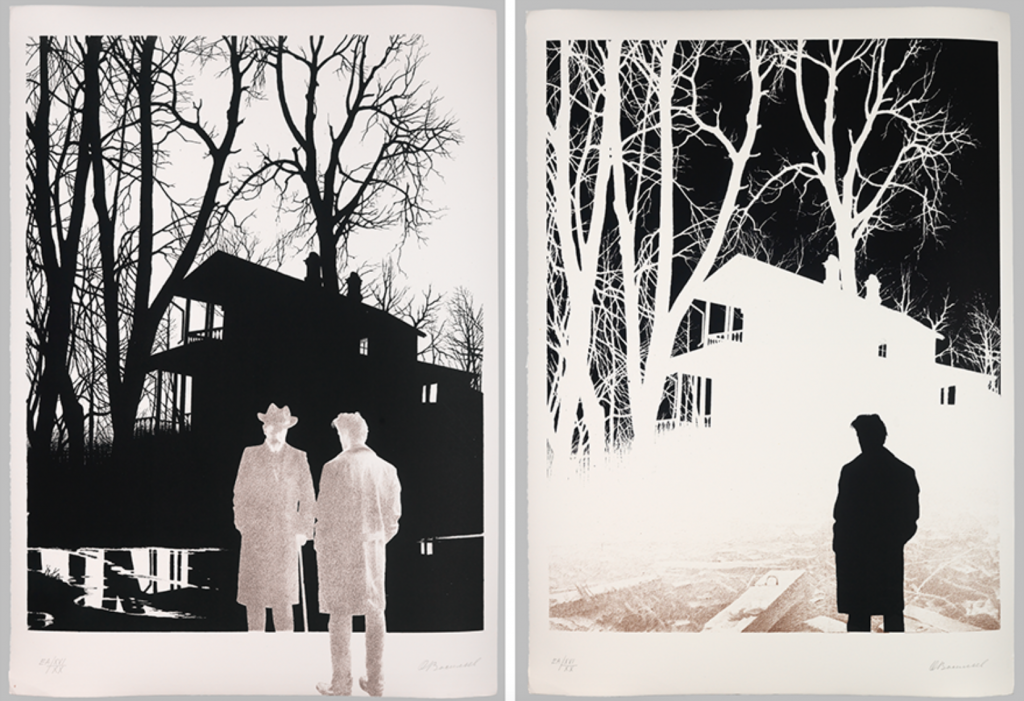 Taking Vassiliev’s portfolio as a starting point, this exhibition explores the complex relationship in Russian culture between art and literature, image and text, and illustration and artistic freedom. Drawn from the permanent collections of the Mead Art Museum and Amherst Center for Russian Culture, the exhibition presents a selection of Vassiliev’s portfolio alongside volumes that illustrate nineteenth-century Russian classics.