Natalia Osipova’s Pure Dance, a Sadler’s Wells production completing its four-night run at the New York City Center this evening, is a showcase of six compositions spanning from classical to contemporary. The title describes the performance aptly. Distractions in each dance are minimal. There are no elaborate sets or live music. The emphasis is placed wholly on the dancers, drawing audience’s attention to what pure dance can be: expressive emotion, technical excellence, story, and even an exhortation. “I wanted to offer the audience works that will demonstrate the power of dance to move, emote, and inspire,” Osipova writes in the program notes. 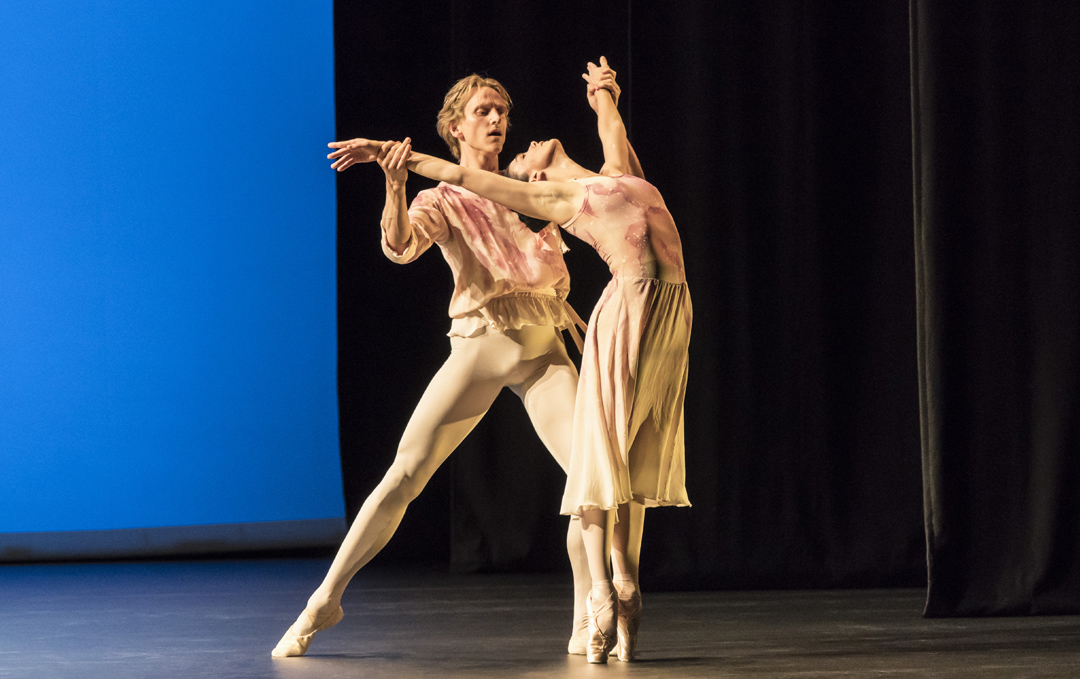 The performance begins with Osipova and American Ballet Theater’s David Halberg performing a lyrical duet by Antony Tudor—The Leaves are Fading, set to the music of Antonín Dvořák. Full of a spring-time first-love tenderness, the Thursday’s performance was executed with exactness, building beautiful lines in every jump.

From a classical tone, the evening quickly shifted to something more emotional. Iván Pérez’s Flutter, a duet performed by Osipova and Jonathan Goddard shocked the stage with electricity. Set to the music of Nico Muhly, which featured constant repetition of numbers and destinations, the sound of water, and something like the whirlwind of time, Osipova and Goddard’s excited movements created the illusion weightlessness—dancing through a space with no-gravity. Flutter was like a pendulum between losing and regaining control in unknown space. Osipova and Goddard’s dance was a true duet, not a dialogue—a danced conveying synchrony of the soul. 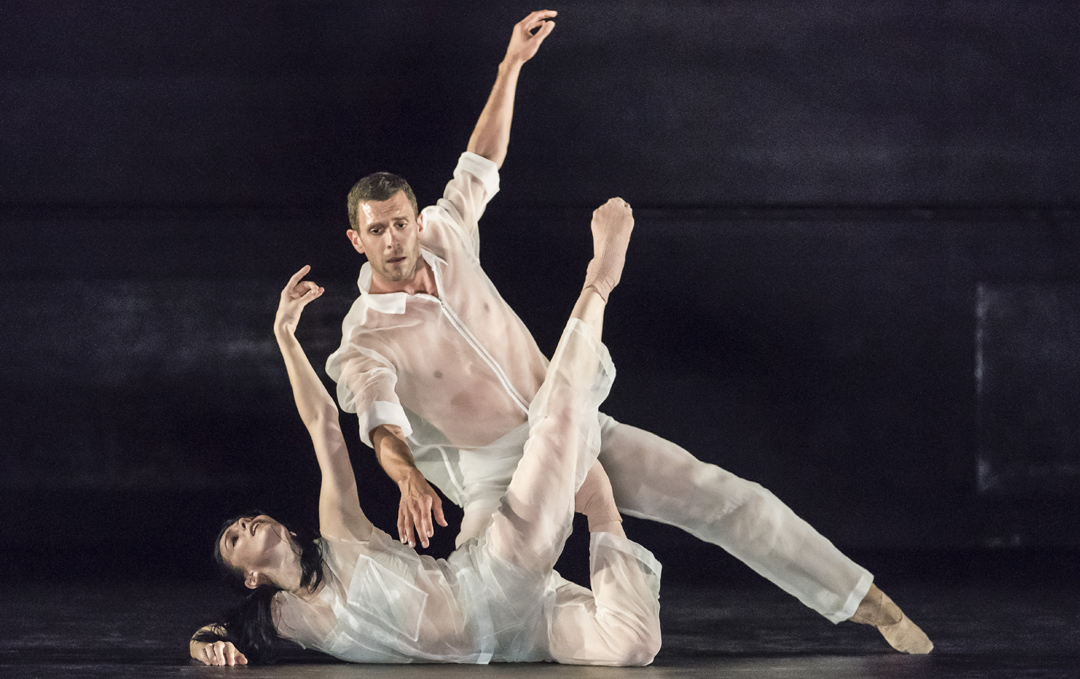 Six Years Later, choreographed by Roy Assaf, featured a surprising combination of musical accompaniment: Beethoven’s familiar “Moonlight Sonata” intermixed with Marmalade’s pop-y “Reflections of My Life.” It was the most theatrical dance of the evening, telling a fraught love story in the tone of Anna Karenina’s passion and, at times, hysteria. Osipova and Jason Kittelberger’s expressiveness and physicality brought audiences into the inner-most intimacy and complexity of remembering and reliving a relationship.

Two solos were presented as part of the program, which brought a balance to the evening: Kim Brandstrup’s In Absentia performed by Hallberg and Osipova’s performance of Ava Maria, choreographed by Yuka Oishi. In Absentia begins with Halberg disinterestedly flipping through TV channels until he comes to one playing Bach’s “Chaconne.” The music draws him in and it is as if the audience is glimpsing into the artist’s private living room. He begins to dance. There is a circular movement in both choreography and the elements of the dance. This creates the sensation of the dancer not being able to fully escape, but finding moments of joy, forgetting himself in the movement. The theme of self-exploration continues in Ave Maria. Although Oishi writes that the piece is not meant as religious, it is hard to fully disqualify Schubert’s powerful music. In a flowy white dress, Osipova conveyed the relatable feeling of needing to gather or summon strength, which at the end of the dance almost ascend on her like a tender light. 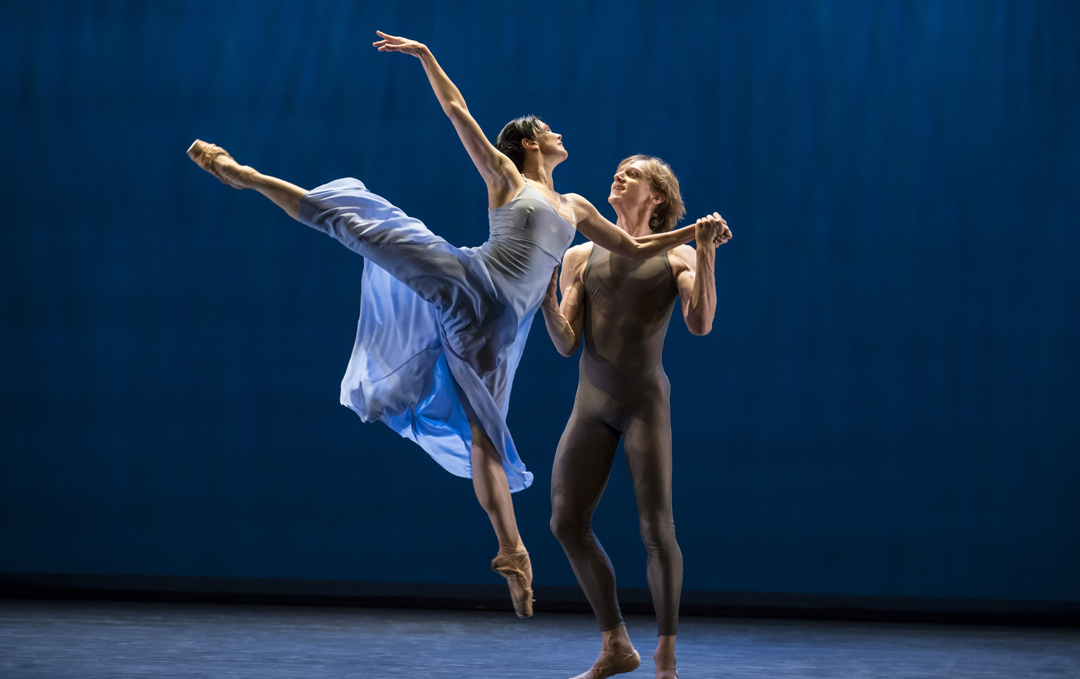 The performance closed in symmetry. Osipova and Hallberg reappear against a sky-blue backdrop for a closing duet: Valse Triste, written for the two dancers by Alexei Ratmansky. After four emotionally demanding dances, it felt like the right way to end. The final duet had some of the lightness of Tudor’s opening piece, but with a different knowledge embedded in it. Osipova leaped forward like a willful sparrow as if to fly away and yet was caught every time by Halberg’s steady arms to bring her back in. Only six minutes long, the piece does not unpack a narrative, but in every gesture demanded precision, confidence, and beauty. Ratmansky’s Valse Triste rooted the performance firmly in its original intent: it is Pure Dance and it is powerful.

Find out more about other Russian performances in New York City Center following the link.