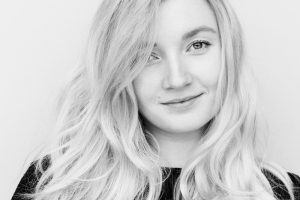 Our new contributor Gabriela Jankauskaite met with a Russian artist photographer Turkina Faso and took a brief interview during the discussion on the Post-Soviet photography recently held at Calvert 22 Foundation.

The Soviet Union invokes the feelings of nostalgia and sometimes repugnance. However, most young people do not know much about it anymore. Art and photography is in most cases the immediate trustworthy source resurrecting the fading reality of that era.

In February 2018 Calvert 22 Foundation  launched the project  Post-Soviet Visions: Image and Identity in the New East-Europe. The exhibition showcased the works by the young artists that came from Azerbaijan, Georgia, Germany, Latvia, Poland, Russia, Ukraine and Uzbekistan and other post-Soviet countries.

Turkina Faso is a Russian-born, London-based photographer. She is currently exhibiting at      Calvert 22 along with other 14 photographers.She was present at the recently organised panel discussion at the Calvert 22 Foundation. We had a conversation about the Post-Soviet photography and its different political aspects, visualisation, fashion and tradition.

G.J. : Who, do you expect, will visit the exhibition? Young people, old people?

T.F.: I expected to see people between 18 and 30 at this exhibition. After all, nowadays many young people are interested in the lives of their grandparents. When I look at the photos from the past, I feel nostalgic because photography is some kind of a time machine. My sister and myself tried to restore a photography from our family album. It is an image of my grandmother —  ‘ a big Russian woman’ –who used to work in an expensive North Caucasian restaurant.  In the picture she is standing on the red carpet as a Post-Soviet Queen;  the whole restaurant was decorated in red plush drapery, and on the tables stood American flags. This is a huge contrast compared to other photos.

G.J.: How do you define Post-Soviet photography for yourself? 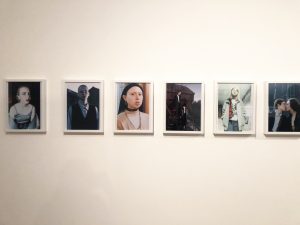 G.J:  What does the photo session look like? What difficulties did you face?

T.F:  Each photography is different and complicated in its own way. Sometimes I face problems  with a place, or sometimes  — with the models, or the weather conditions are just not right for the shoot. Making hight-quality photography is a difficult, but rewarding job.

G.J.:  What would you recommend to the people looking at your photos and wishing to connect with their creative power?

T.F.: Just do not try to pidgeonhole them or classify them into a category: take them as a story that can happen  — anywhere.