On 23 May XIV St.Petersburg International Book Fair opens in the Mikhailovsky Manege. It is expected to be the first large-scale literary fair in Russia in 2019 with more than 200 Russian and international publishers.

The four-day show celebrates three remarkable events. The first is 316 years since the foundation of St.Petersburg celebrated on 27 May. The second is the 100th anniversary of the birth of an acknowledged Soviet and Russian writer Daniil Granin.

The opening session of the fair will be dedicated to the creative heritage of Daniil Granin (1919 — 2017). His realistic prose revealed the life of scientists in the USSR in the 1940-1950s. He wrote about the Second World War mixing imagination with his own experience and pioneered a new in the Soviet Union genre of docufiction. Vita-Nova publishing house will present About Daniil Granin: The Memories (2019) compiled by his daughter Marina Chernysheva-Granina. The volume brings together the recollections of the important people who influenced his life. These stories are not only the episodes from the life of the renowned Russian writer, but also the history of Russia told through the personal experiences of Granin, who had a very long and eventful life.

Another contribution that Granin made to the development of Russian literary scene was his support of village libraries. As a continuation of his charitable actions, Russian Book Union will organize The Marathon of Daniil Granin’s Kindness, in which all the visitors will be able to donate their books to local libraries.

The third occasion celebrated by the fairis the Year of Theatre which is a year-long cultural event supported by different platforms and organizations. The fair will feature fragments of the famous productions performed by the leading theatre companies of the city. There will also be live music performance, including, for example, David Goloschokin jazz-band, and diverse programme for children.

But, of course, the major attraction to the fair is the possibility to get to know all the news of the literary scene in one place. The fair will feature presentations by important Russian authors. Among them is a crime and historical fiction writer, the winner of National Bestseller and Big Book Awards Leonid Yusefovich. He will present his recent book The Lighthouse on Hiiumaa (2018), which is a collection of stories written in different years and based on author’s historical research of the lives of a grandson of the colonel of the White Movement Nikolay Kazagrandi, a military officer from the troops of Baron von Ungern Sternberg and other historical characters. Writer and poet Alexey Salnikov, the winner of National Bestseller 2018 Award, will give a talk on his latest book Indirectly (2019), a story of an average teacher Lena and her obsession with poetry.If you prefer unexpected genre combinations with a mystery thriller twist, don’t miss the presentation of The Food Unit (2018) by Alexey Ivanov, an intriguing mix of quite a realistic portrayal of a Pioneer camp in the summer 1980 and a mystical plot about vampires who inhabit it. 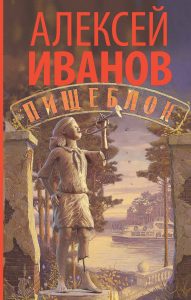 Don’t miss the opportunity to get to know emerging authors. For example, Russian publishing platform Ridero brings many talented peoplecto public attention. Among them is an Estonian-Russian writer Helju Rebane who will present her collection of short mood-lifting stories about cats and peopleThe Cat in a Labyrinth (2017). Vaga Velskaya will give a talk about her novel The Chronicle of Lelka’s Allusions (2018) telling the story of a woman from St.Petersburg, whose vulnerable present moments intertwine with her dreams and memories.Olga Sliusarenko, known to RA+C readers for her article about street art, will present her new book The Unattainable (2019).This is a thought-provoking story about young people trying to find their career paths and understand themselves. They have lots of possibilities, but their reality does not meet their expectations and it seems that their past wishes are unattainable in the present. The love plotline builds on the complicated and tangled relationship between the main characters.St.Petersburg, another character in the novel, teases them making them cross their paths and decide whether to stay together or to be the unattainable. 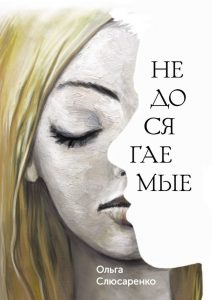 Other Articles By Olga Sliusarenko