In this series of interviews dedicated to the UK-Russia Year of Music award-winning pianist Yulia Chaplina talks to four of her distinguished British colleagues who perform and teach Russian music with great love and passion. Her forth interviewee is a great British concert pianist, Peter Donohoe, CBE. 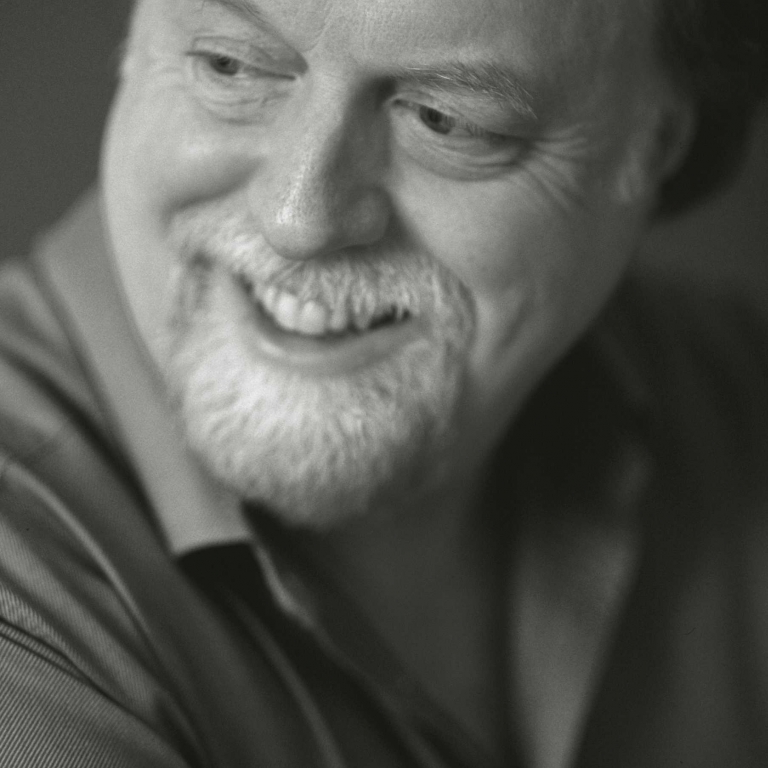 Yulia Chaplina: Peter, you play a lot of Russian music, where did it all start?

Peter Donohoe: My general interest in the culture and in particular the history of Russia started when I was a child and that was because my father was very much into current affairs – an involvement that rubbed off on me even when he wasn’t talking to me; I was often in attendance at family gatherings, listening to what he was saying to other adults;  I would only have been 8 on 9 when I became aware of Russia. Now many young Russian people don’t realize the degree to which the Soviet Union was in everyone’s mind in the UK, and the military or possibly nuclear threat that it supposedly posed.

There was a trade link between Leningrad and Manchester, which is where I’m from and, in 1961 when I was 8, Yuri Gagarin came to Manchester to receive the keys to the city as part of a state visit. My primary school was on the route from Manchester airport to the city centre, so all the children were instructed to go outside and watch the cavalcade passing the school. We all had to make flags: we carried one each of both the UK’s Union Jack and the Soviet Hammer and Sickle, and waved them as he went by. I can see him in my mind’s eye now – 58 years later – with his car window lowered, smiling and waving back to us. It had quite an impact on me, even though I didn’t really know what it was about.

I asked my father about it that evening, and he told me that Gagarin was the first man in space, and that he came from a country called USSR, which was extremely big and very dangerous. The impact on me of this knowledge was profound and long-lasting.

Yulia Chaplina: What was it like to be growing up during that time?

Peter Donohoe: I think quite a lot of people had a kind of morbid curiosity about our perceived greatest enemy. And only in 1982 when entered the Tchaikovsky Competition, I realised the degree to which that was largely dangerous nonsense. The whole thing was just a huge game on a sort of setup for the both sides during the Cold War. However, during my childhood and my student years and right through the first five years in my professional life as well, in the background there was a feeling that we might not be here the next day. I also remember the Cuban missile crisis very well because of the contagious fear everyone in my family felt. 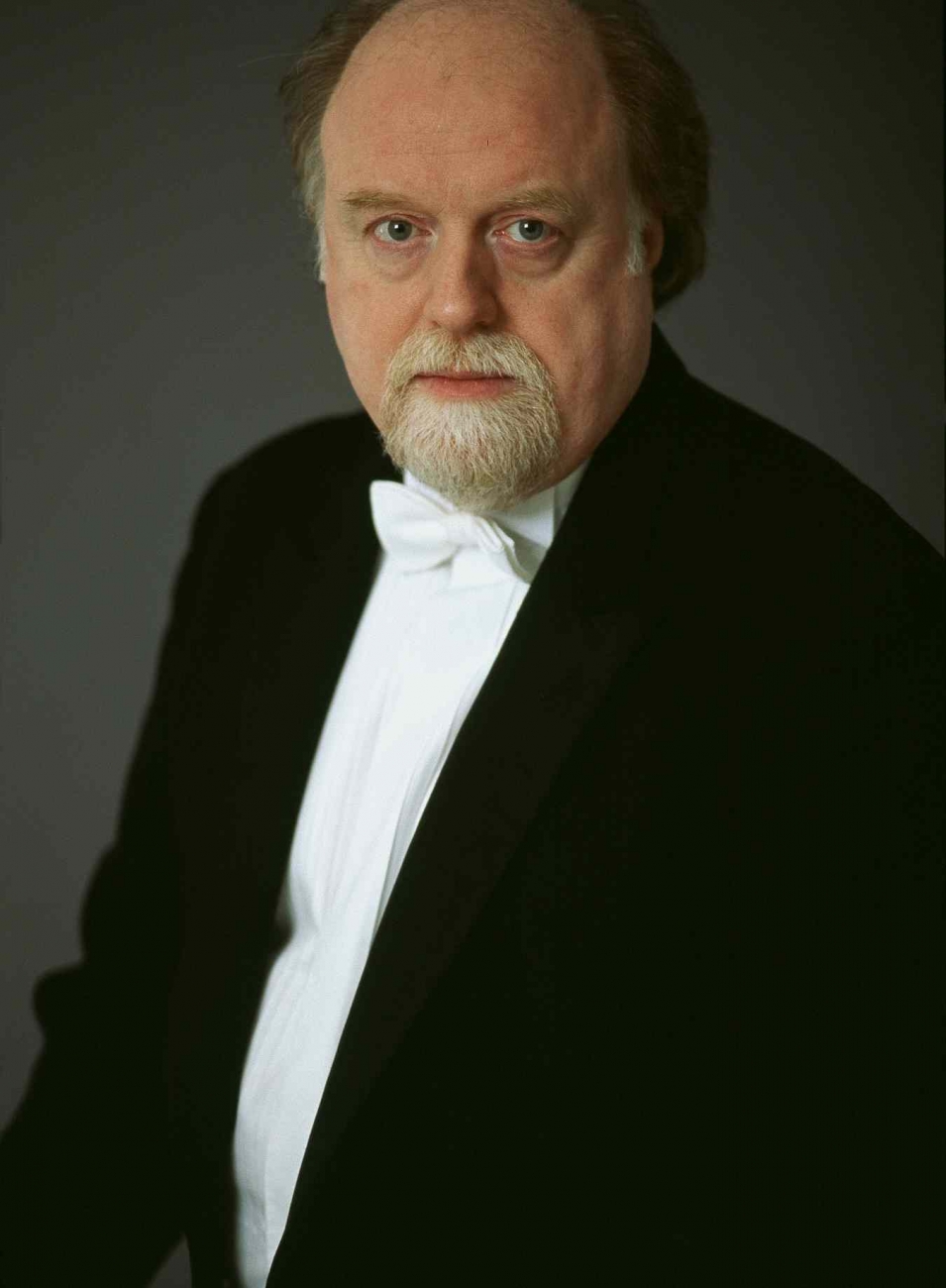 Yulia Chaplina: Did people have interest in Russian music then?

Peter Donohoe: There was always a general interest in Russian music all over the world because it is so powerful and immediately memorable. Later, long after my first ever performance of Tchaikovsky Concerto 1, when I was 14, I became particularly interested in Stravinsky … how he left Russia and ended up living in Paris. My primary repertoire was then early 20th century with Stravinsky at the centre of it; later came Prokofiev and Shostakovich. Stravinsky was an internationalist.

Yulia Chaplina: When did you start preparing for the Tchaikovsky competition in 1982?

Peter Donohoe: I had entered the Leeds Competition a year before – this didn’t work out for me, and it prompted me to spend the next year preparing for the one that we in the UK and indeed in most countries – regarded as the biggest competition challenge in the world – The International Tchaikovsky Competition. It felt to me and most British pianists that it was the one in which we threw the gauntlet down against a country in which the musical achievements were in many ways the greatest in the world, and that international politics and ideologies also played a part. It felt in advance like going into the lion’s den.

Yulia Chaplina: Was there anything that shocked you when you arrived in the USSR in 1982?

Peter Donohoe: The surprising thing was to discover how warm and welcoming the Russian people generally were – even the military police that were looking after the entrance to the conservatory! For example, my practice period during the two week-long first round was from 6.30 to 7:30 a.m. I couldn’t get a bus at that time from the hotel to the Conservatory, so I ended up being taken in a taxi by my translator on a daily basis. Every single morning it was still locked for the night before, so we had to chat to the security guard to persuade him to unlock the building. That particular guard started calling me Paul McCartney – possibly because he was the only British person he knew of at that time. Funnily enough it turns out that McCartney and I have the same birthday, but I don’t think the military policeman would have known that. There is no reason at all why warmth and welcoming friendliness should be a surprise, other than the way three decades of propaganda and conditioning from my own country had led to my expecting the opposite.

Yulia Chaplina: Do you have any other interesting stories during you numerous visits to Russia?

Peter Donohoe: In 1984 I was briefly arrested in Dnepropetrovsk Airport. It was an embarrassing mistake by GosKonzert (USSR’s foreign artists management agency  – YC). They had organised my flight from Moscow to Tbilisi and the plane landed in Dnepropetrovsk for refuelling. This was unexpected to both me and my accompanying interpreter, and in addition, what I didn’t know was that the city was closed to foreigners. All passengers had to leave the plane and show papers whilst it was re-fuelled; after showing my British passport, I was immediately marched off into a small room with a military private pointing a gun at me for 90 minutes. All of a sudden my interpreter and I were smilingly allowed back on with no explanation. The plane had been delayed for that whole time, so I guess I was unpopular with the other passengers, but there was no apparent display of irritation. 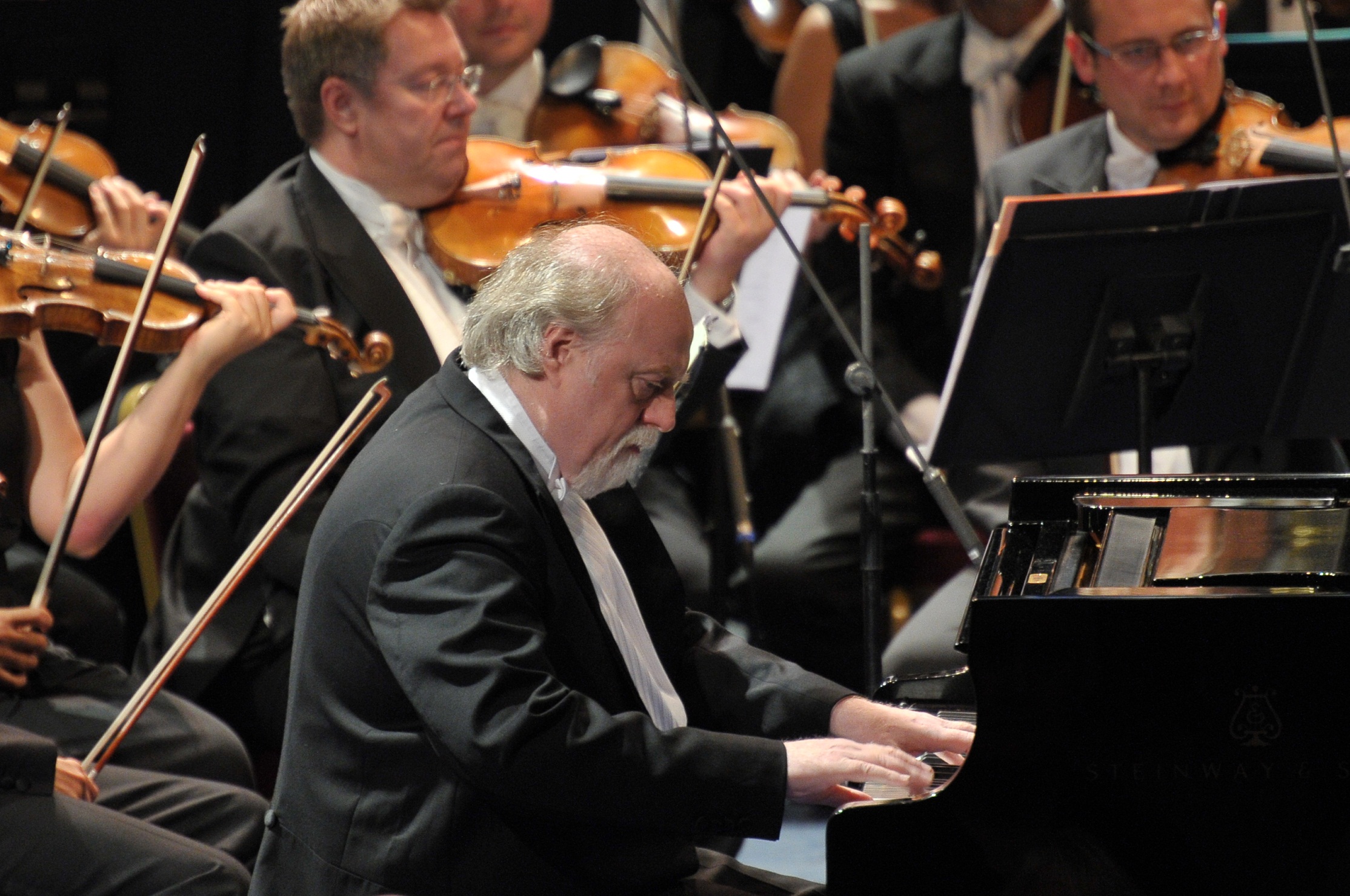 Yulia Chaplina: In contrast to that, were there any pleasant surprises about the USSR and Russia during your tours?

Peter Donohoe: The people are so warm and friendly. They always have been and they haven’t changed. The hospitality of Russians especially in the provinces is just extraordinary. We all know that there were lots of difficulties in the Soviet system, but the upsides were the importance of the arts, the importance of achievement for its own sake, and the community spirit. It is a huge country, with a very big heart, and enormous potential and resources.

Yulia Chaplina: Has the success of the Tchaikovsky Competition encouraged you to play more Russian repertoire?

Peter Donohoe: I was playing a lot of Russian music before the competition; for example I was well familiar with all the works of Rachmaninov, many of Tchaikovsky, Prokofiev and Shostakovich and others. However, I suppose  there was a special place for Stravinsky’s Three Movements from Petrushka for me. I think it has really made the competition for me, as it was probably the piece that got me across the threshold into the final. Not many people played it at the time, but now it regularly appears in competition repertoire – perhaps I started the snowball rolling for the piece? For me later it became a ‘signature piece’; when I played the first movement (“Danse Russe”) as an encore in Moscow – which I almost always eventually did – people started already applauding as soon as it was recognised, almost like when Frank Sinatra sang “My Way” at the ends of his shows.

Yulia Chaplina: What is the biggest challenge in the Russian repertoire?

Peter Donohoe: I think Russian men on the whole are bigger than we are and have bigger hands than Western men, in the same way that Georgians have lower voices. It is one of the trickiest aspects of tackling Russian repertoire – that many Russian composers were also great pianists, and wrote for themselves to perform. This makes for great and possibly unintended technical challenges for non-Russians.

But far more important is the challenge of the style. The song-like nature of almost all Russian music, and the long melodic lines that can so easily be mistaken for cheap sentimentality, but which need to be approached with pride and dignity.

Yulia Chaplina: Has anyone from Russian or Soviet pianists influenced you?

Peter Donohoe: Of course, Sviatoslav Richter and Emil Gilels influenced me enormously. They both had a profound influence on almost all pianists of my generation. That’s partly because they were the two Soviets about whom we heard most – via live performances in the West plus recordings and news. That was probably unfair on quite a few of the others about whom we, in the West, didn’t hear much. In other fields we knew David Oistrach, Leonid Kogan, Msistislav Rostropovich, the Borodin Quartet and, of course, the major Soviet Orchestras and conductors. I absolutely adored Yevgeney Svetlanov, it was a huge privilege and a dream to play under him several times. I grew up with his recording when I was really young, so it was an incredible experience for me. He was so unpretentious and direct in his approach; there simply was always a link between him and the music, he was very direct and phenomenally engaging all the time. Much the same would, I am sure, have applied to Yevgeney Mravinsky, but it is one of my great regrets that I never worked with him. 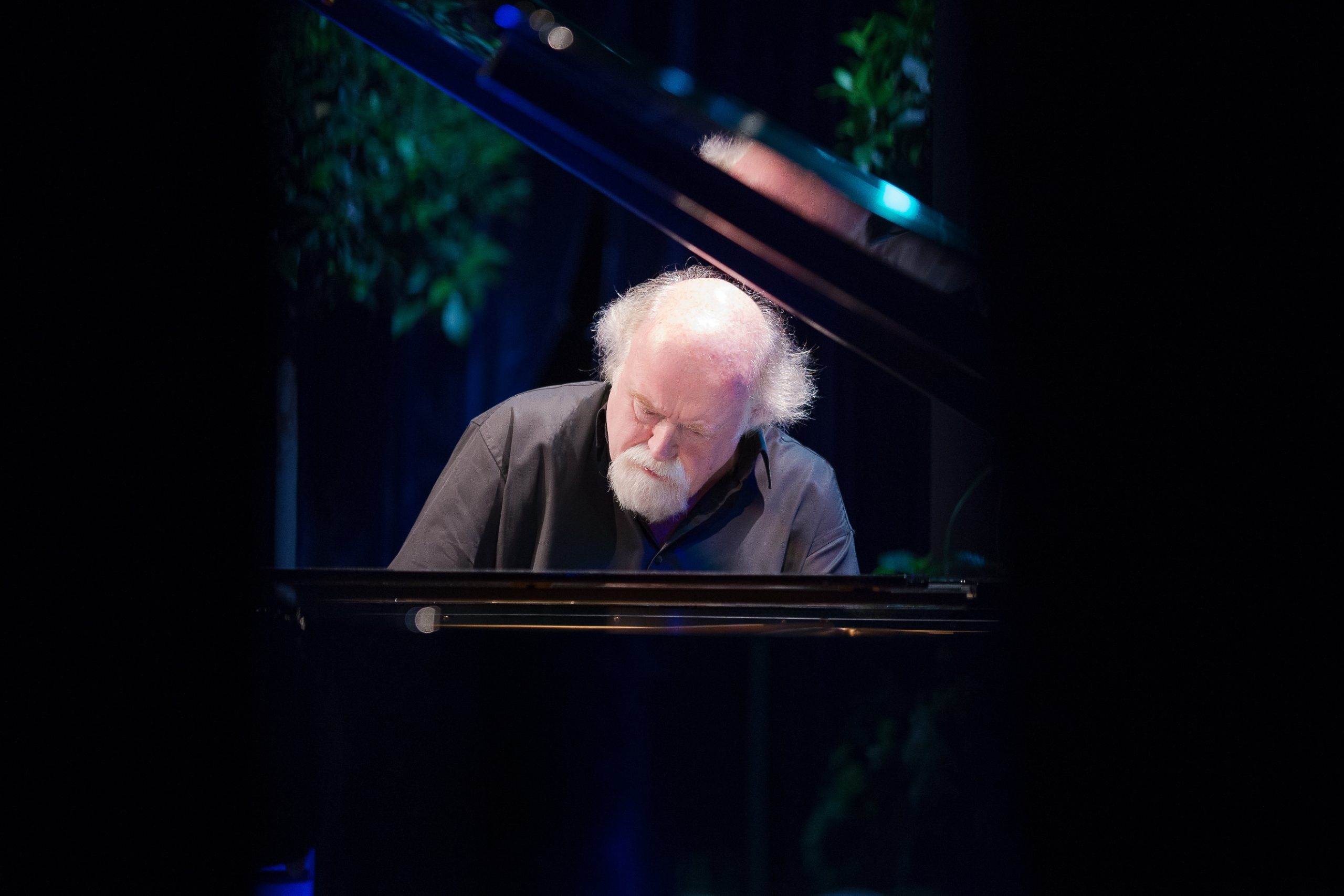 Yulia Chaplina: Do you have any favourite Russian composers?

Peter Donohoe: I have played almost all Rachmaninov. I love him both as a man and a composer. I also absolutely love Stravinsky, Prokofiev and Shostakovich. One of my more recent discoveries is the music of Sergei Tanaeev – a favourite student of Tchaikovsky and a teacher of Rachmaninov and Scriabin. However, I think it is quite dangerous to be associated with one type of repertoire no matter how wonderful the music is, and that applies to the music of any country.

I think, without wishing to be too simplistic about it, if you take the score of any composer from any country and any period, and be faithful with the score and research something of the context of the work, social history and other influences, you don’t really necessarily have to have a direct association with it in your mind, or a similarity with the composer’s personality, or to share the composer’s nationality or religious views etc. So if you’re a faithful musician, whatever is in your background will come through. Because I know that from my own experience, because I’ve been told this by Russians (and Hungarians, and Romanians, and French…) so many times – that I seem to have some kind of a hotline to Russian culture; I don’t, but I’m pretty good at doing what the composer says instead of following just a tradition. If you do that, you can  become a universal musician – that’s what I always wanted to be, and it seems to have worked over time and experience.

“Musicians in Isolation”: Yulia Chaplina in conversation with Steven Isserlis