Pavel Pepperstein’s third solo exhibition “Song of Liberty” (23 April to 25 June) at Sprovieri consists of twenty-one watercolour illustrations from 2019, inspired by William Blake’s “A Song of Liberty”. Arranged in order of William Blake’s poetical work which appears in The Marriage of Heaven and Hell (1790–1793), each of Pepperstein’s watercolours corresponds uniquely to one of the twenty-one stanzas in Blake’s rather abstract poem. Pepperstein’s watercolours are a fitting modernisation to Blake’s account. Starting, as Blake does, with The Eternal Female groan’d! It was heard over all the Earth, (2019), Pepperstein overlays Blake’s text with a mix of mythological, historical, fairy tale and fantastical images providing a politically charged commentary playfully referencing significant episodes in Western and Russian social history, as well as acting like a prophecy for our current socio-political climate. 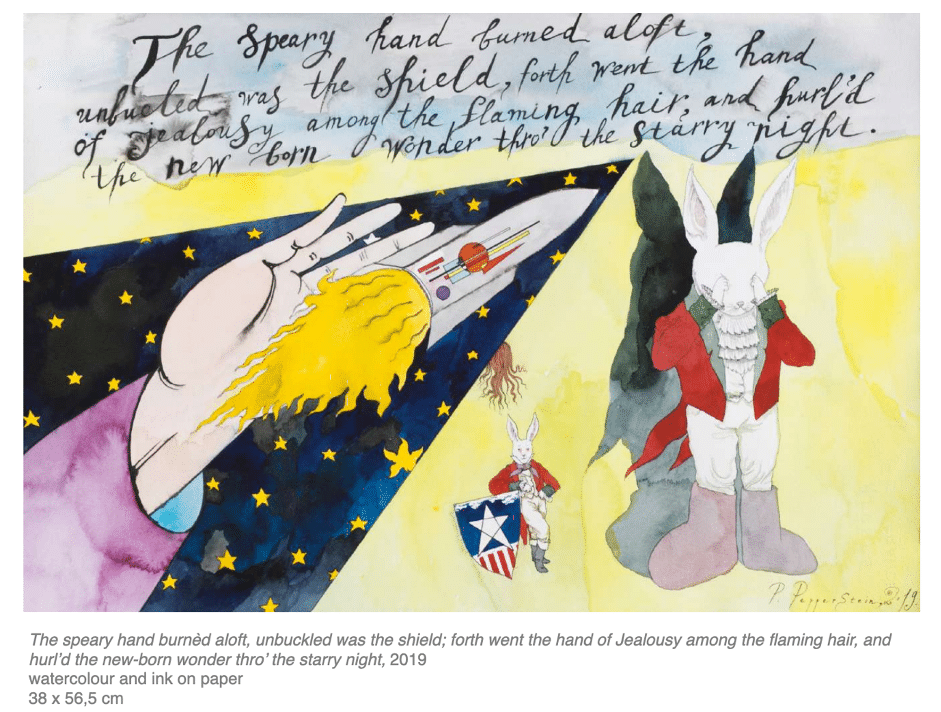 Like much of Pepperstein’s work, historical references play an important role in helping to inform the meaning and content of the artist’s works. In The Speary hand burned aloft…, (2019), the pure geometric forms, referencing the Russian avant-garde’s Suprematist and Constructivist traditions, are placed on the side of a space shuttle; Malevich’s Black Square motif is the focal point of Empire is no more! And now the lion and wolf shall cease, (2019) and a Nazi aircraft bombs a vast expanse of ocean in Flag’d with grey brow’d snows and thunderous visages, the jealous wings war’d over the deep, (2019). In Albion coast is sick silent; the American meadows faint! (2019), Pepperstein references Blake’s archaic use of the term “Albion” as a synonym for Britain by displaying the old British naval ensign used during the American Revolutionary War. 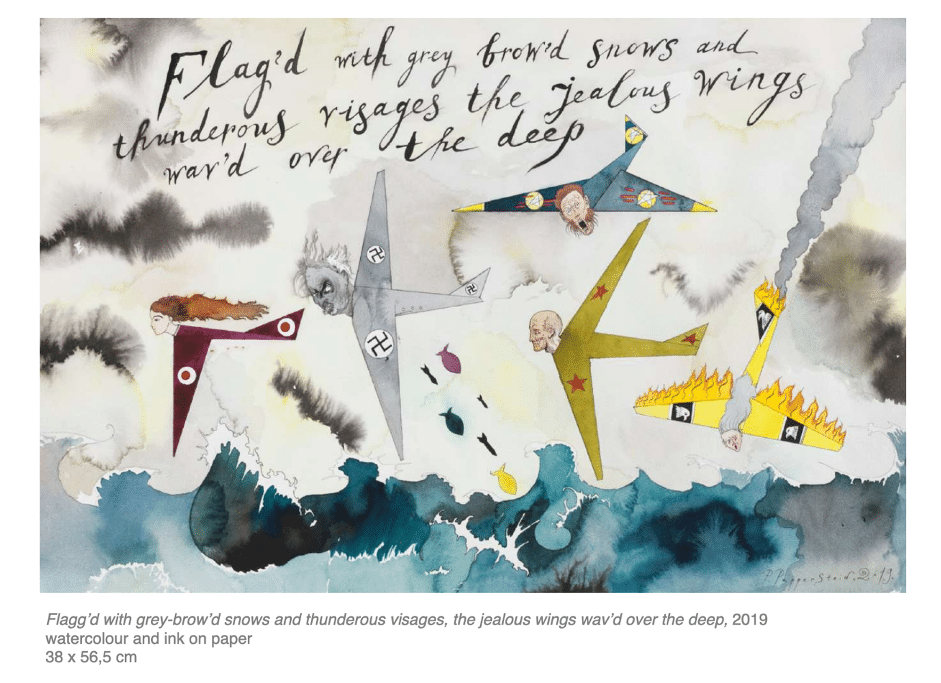 As Pepperstein explains, “to glorify that which has been glorified, to illustrate the already illustrated. There is something particular about William Blake’s poetry (magnificent, peerless, stunning, sectarian, flawed enough, and in a way even wretched)”. Pepperstein successfully brings out these particulars for an absorbing and thought-provoking exhibition. 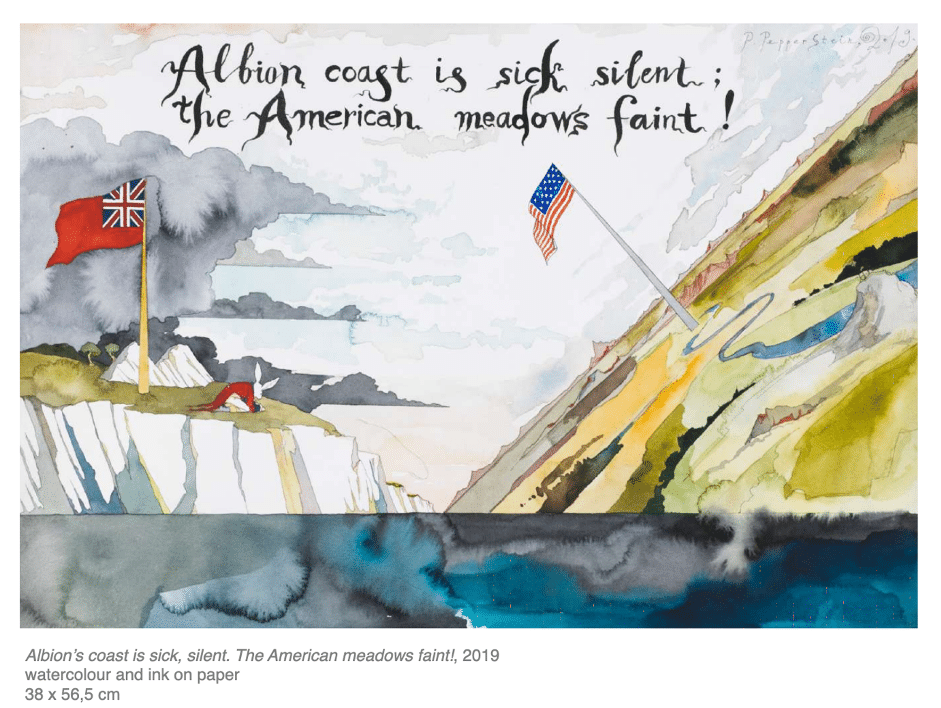 Born in Moscow in 1966, Pavel Pepperstein has played a pioneering role in developing experimental ideas through installations and performances, co-founding the former artists’ group, Inspection Medical Hermeneutics. Pepperstein continues his relationship with hermeneutics through the “Song of Liberty” exhibition, which itself becomes an investigation into meaning. Most recently, Pepperstein has been working alongside Sonya Stereostyrski as part of the artists’ duo, PPSS.

All images Courtesy of the Artist and Sprovieri