The Oxford Philharmonic Orchestra and Artistic Director Marios Papadopoulos announce the 24th Oxford Piano Festival taking place from 30 July – 7 August 2021. The Festival welcomes some of the world’s most distinguished pianists and teachers for the week-long series of varied concerts and masterclasses. This year, concerts and masterclasses are given by Víkingur Ólafsson, Elisabeth Leonskaja, Ingrid Fliter, Alim Beisembayev, Alain Lefèvre, Nikolai Lugansky and Samantha Ege, while the faculty also includes Stephen Kovacevich, Ferenc Rados and Emanuel Krasovsky. A number of concerts and masterclasses will be livestreamed.

Joining the Oxford Philharmonic Orchestra and Marios Papadopoulos in an all-Mozartian programme at the Sheldonian Theatre on Sunday 31 July, Ingrid Fliter is the soloist in the ever-popular Piano Concerto No. 23 in A major; Fliter is the winner of the 2006 Gilmore Artist Award, one of only a handful of pianists and the only woman to have received this honour. The Orchestra completes the concert with Mozart’s Symphony No. 40.

Yulia Chaplina spoke with Marios Papadopoulos ahead of the festival, you may watch their conversation here:

Opening the Festival on Saturday 30 July, celebrated Russian pianist Elisabeth Leonskaja brings Brahms’s first and only three Piano Sonatas to St John the Evangelist Church. The first two sonatas, presented to Robert and Clara Schumann at their famous meeting with the young composer in 1853, would be carefully chosen for publication as his Opus No. 1 & 2.

Icelandic pianist Víkingur Ólafsson appears for the first time at the Festival on Thursday 4 August at the Sheldonian Theatre, performing from his latest album of music by Mozart and his contemporaries Galuppi, Cimarosa, CPE Bach and Haydn, which was recently named a Gramophone Magazine Editor’s Choice.

Like Leonskaja, also schooled in the grand tradition of Russian pianism is Nikolai Lugansky, performing on Wednesday 3 August in Christ Church Cathedral. Lugansky pairs two of Beethoven’s most tumultuous piano sonatas, Sonata No. 17 in D minor, Op. 31, ‘Tempest’ and Sonata No. 23 in F minor, ‘Appassionata’ with Rachmaninov’s first set of ‘picture pieces’, his Études-Tableaux, Op. 33 and selections from Vergessene Weisen by his Russian contemporary Nikolai Medtner.

Québécois pianist Alain Lefèvre makes his Festival debut in the Holywell Music Room on Tuesday 2 August with a recital taking in two centuries of changing French styles from Franck, Debussy and Ravel to Pierre-Max Dubois – from whom Lefèvre took composition lessons – whose music builds on that of Les Six.

The Oxford Piano Festival recitals are held in some of Oxford’s most atmospheric venues, including the Christ Church Cathedral, Holywell Music Room – the oldest purpose-built concert hall in Europe, dating from 1748 – St John the Evangelist Church, and the Oxford Philharmonic Orchestra’s home, the 17th century Sheldonian Theatre, designed by Sir Christopher Wren. The Festival is based in the Jacqueline du Pré Music Building at St Hilda’s College, Oxford, where the Festival participants perform themselves on Friday 5 August.

The Oxford Piano Festival creates a unique didactic environment for emerging young professionals to learn from some of the world’s most esteemed pianists. The concept of the pianist as an all-round musician lies at the heart of the Festival: the various roles of the pianist – as virtuoso, chamber musician, accompanist, conductor, academic and teacher – are all explored. Participants are given the opportunity to take part in masterclasses, attend recitals, and showcase their talents following fresh guidance from these pillars of the piano world. 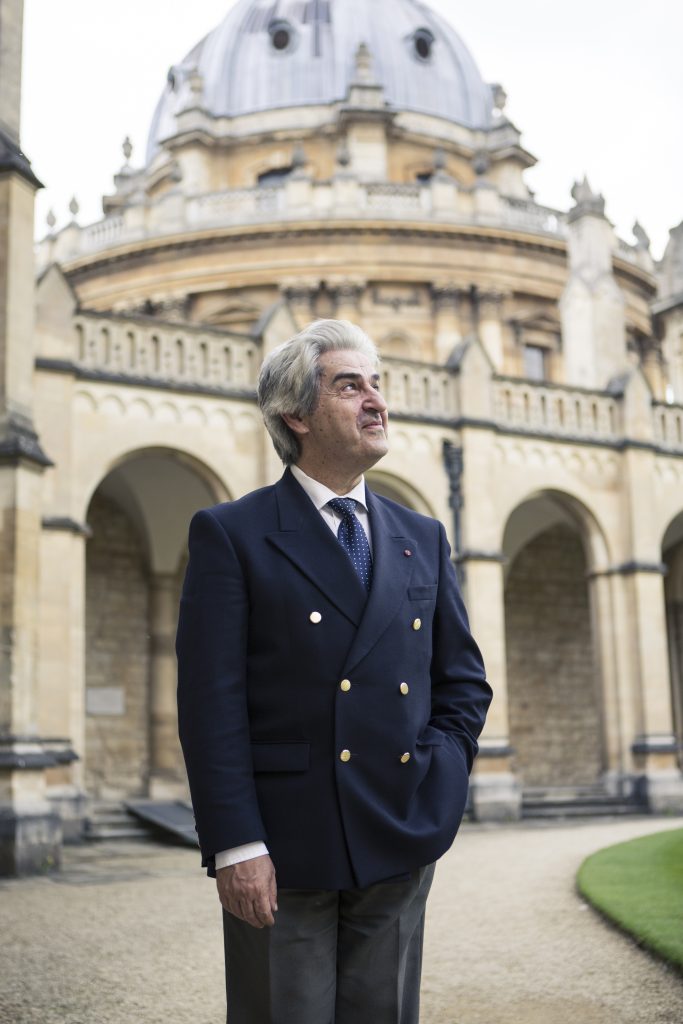 The Oxford Piano Festival is presented by the Oxford Philharmonic Orchestra, which, since being established in 1998 by Music Director and esteemed pianist Marios Papadopoulos, has grown steadily in stature. The Orchestra attracts some of the world’s leading soloists and conductors, including Valery Gergiev, Sir András Schiff, Lang Lang, Anne-Sophie Mutter, Vladimir Ashkenazy, Martha Argerich and Maxim Vengerov. The musicians of the Oxford Philharmonic Orchestra include some of the UK’s finest players.