Music for Thought Series and New Chamber Ballet to premiere “CHOSEN“, a kaleidoscopic film based on a new interpretation of Stravinsky’s controversial Rite of Spring and Nicholas Roerich’s expressive paintings.

Reports in the media and the occasional chat with your neighbours reveal that a majority of people all over the world have increasingly turned towards religious practices and personal rituals in the 21st century. The arts have had a long history of depicting these acts, and it is not to bold to contend that they have thus contributed a relevant and extraordinary take on the ongoing discussion of those matters in society.

The recently established Music for Thought Series, which was launched in November 2020 with the support of the Consulate General of the Federal Republic of Germany in New York, has made it their purpose to put on virtual concerts and interviews, which explore matters of great currency in our contemporary era that are reflected in the music. On Sunday, December 13, at 3pm EST, they will premiere “CHOSEN – a ritual in music on camera to Stravinsky’s Rite of Spring” in a collaboration between pianists Markus Kaitila and Hannah Harnest, and New Chamber Ballet. 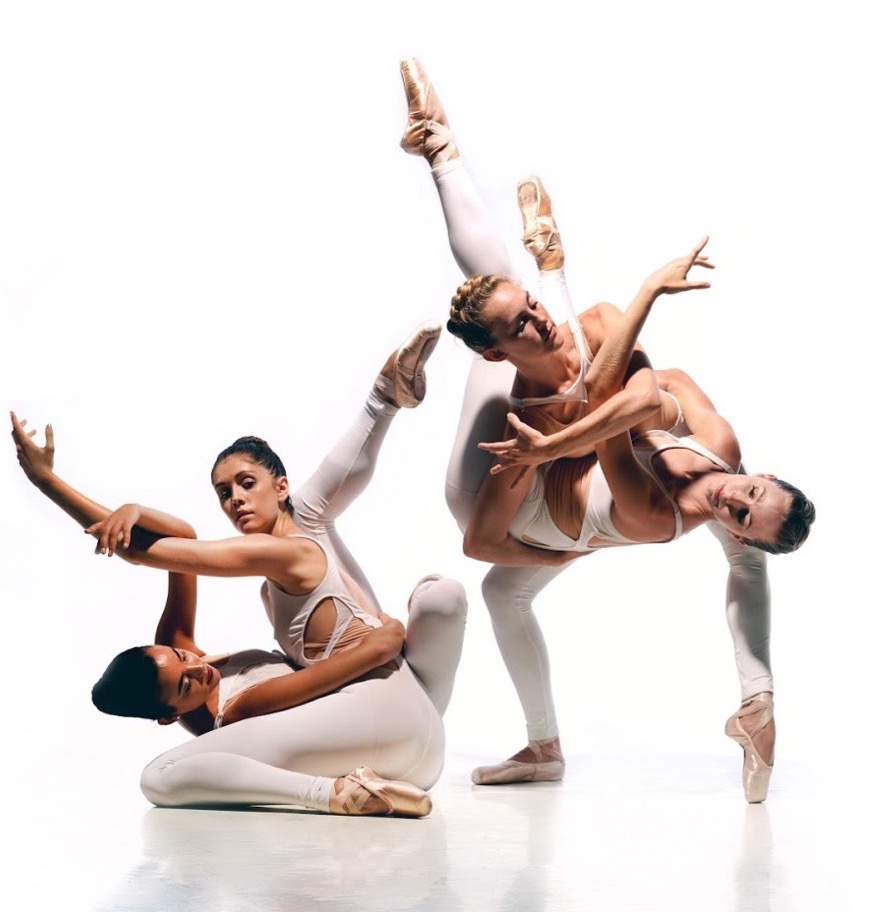 “The film zooms in on the pianists’ hands in their infernal dance on the keyboard, and juxtaposes it to a fragmented, solemn ritual executed by the dancers,” said choreographer and visual director Miro Magloire. “This is not a dance film proper – rather, it blends music and dance elements in an equal balance.”

Magloire has created over 80 ballets in his signature style for his company, all distinguished by sweeping elegance, a striking theatricality, and bold musical choices. “It’s heartening to see work so focused on the meeting of dance and music,” Alastair Macaulay wrote in his New York Times Review. Both Kaitila and Harnest have also played to critical acclaim in international concert venues, and teach as part of the faculty at NYU Steinhardt.

Although initially published as a piano-four-hands version, Igor Stravinsky’s The Rite of Spring was commissioned in 1910 as a work for orchestra and ballet by Sergei Diaghilev’s Ballets Russes, with the original choreography by Vaslav Nijinsky, and stage designs and costumes by artist, mystic, and ethnographer Nicholas Roerich. The premiere of the work on March 29, 1913 at the newly-opened, Art Deco venue of the Théâtre des Champs-Élysées is still considered to be one of the most shocking events in the History of Western art music. The almost brutal rhythms and unheard-of dissonances evoked the composition’s spectacular modernism, and the thematic material of the dance would have surely provoked lots of criticism in our era of the ‘me-too movement’ and increased freedom and independence of the individual in society.

In the story of the work, a group of wise and elderly men watch over the young girls, and one of them is chosen by fate to sacrifice and dance herself to death in an attempt to celebrate the return of spring and the renewal of the earth for the sake of the community. As irritating as this picture of “pagan Russia” may sound, for Stravinsky, it represented “the annual cycle of forces which are born, and which fall again into the bosom of nature.”

With the production of the film “CHOSEN”, the Music for Thought Series wanted to illustrate the fact that in a pandemic-stricken world with limited social contact, a lot of people have progressively shifted their daily lives to outdoors in a Rousseau-like return to nature, and have taken refuge in super-natural beliefs. Furthermore, congregations of the entire spectrum of religious denominations have started developing new models to engage both body and soul of members with ecstatic chant, music, meditation and movement, in order to provide a sense of community to their followers.

Commenting on the concept behind Stravinsky’s Rite of Spring, Magloire said that “the strongest idea is that we have one person, who takes it upon her – or himself to give up something very important – in some cases their own lives. They do that for the sake and wellbeing of the entire community, and that is a very strong idea that goes to all kinds of cultures. No matter where you go on this planet, you have that.” 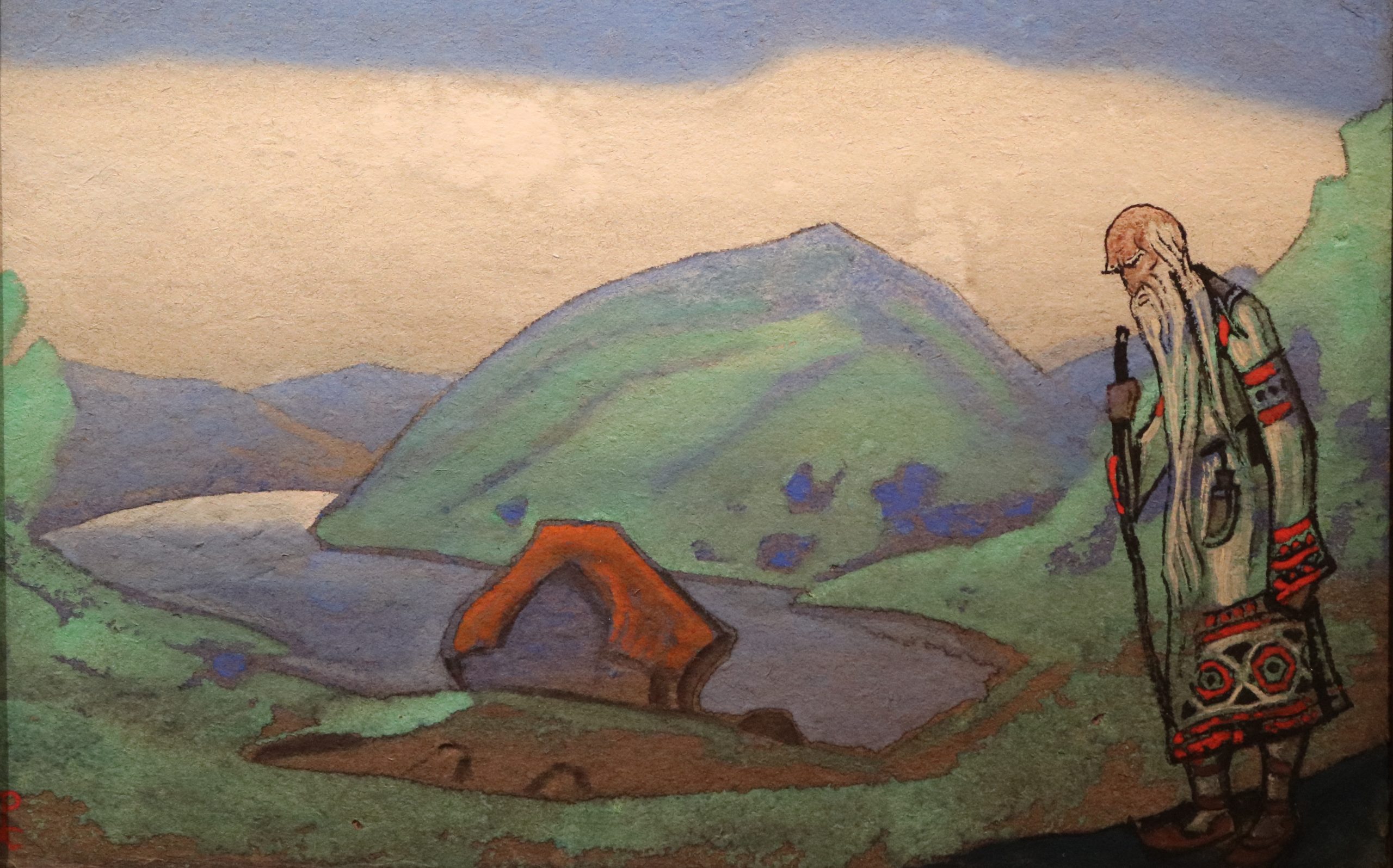 The film ventures into unexplored territory by highlighting the ritual from the perspective and lived experience of the victim in the moments before the sacrifice happens. “Since we are using film and not the stage as medium, the idea was to use the ability to change the point of view in a way that we can see the world with the eyes of the sacrificial victim that is about to be offered. That person doesn’t necessarily know what’s going to happen to her, but she sees this community around her, in this case, a scene from lying on the floor. You see how the others are getting ready to do whatever they are going to do to the victim,” Magloire said. In addition, we see a kaleidoscope of both pianists’ profiles and dancing hands and arms.

The streaming of “CHOSEN” will conclude with an interview of the artists on their personal take on rituals and folklore in music, filmed at the Nicholas Roerich Museum in New York City. The painter provided not only the stage designs and costumes for the first performance of the Rite of Spring in Paris in 1913, but also for the US Premiere with the Philadelphia Orchestra and Leopold Stokowski in 1930. Roerich was deeply knowledgeable on rituals from ancient Russia, and in a diary entry, he wrote that “in all of Asia the eternal rhythm of ‘Sacre’ [French title for the Rite of Spring]resounds in the holy mountains and in the deserts where the songs are presented…” A walk through the museum presents those Himalaya mountains in a multifaceted palette of colors and shapes, and which are not unlike the raw beauty of Stravinsky’s music.