Pushkin House is proud to announce our first online exhibition, COSMOS: Reverse Perspective, by Liz Davis, Fred Scott, Gleb Sobolev and Marina Sokolova, curated by Pierre d’Avoine and Gleb Sobolev. The exhibition is supported by the Nikolai Fedorov Library (Moscow), the Konstantin Tsiolkovsky House-Museum (Kaluga), and the Museum of the First Flight (Gagarin). 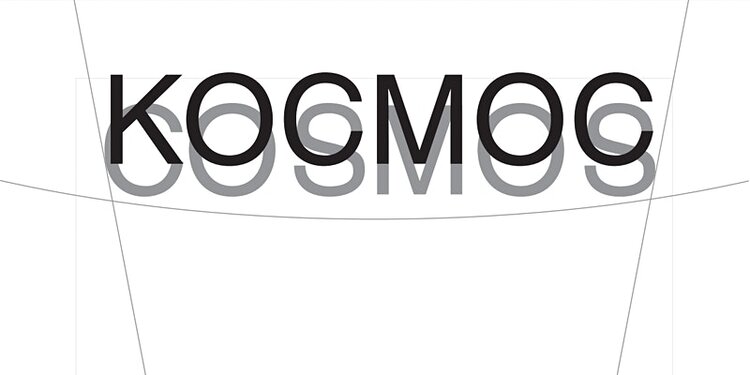 Opening on 12th April – the 60th anniversary of Yuri Gagarin’s first flight into outer space (and International Day of Human Spaceflight) – the exhibition of collages and graphics focuses on looking back at Earth from space, rediscovering our own earthly lives, experiences and challenges. Taking the “reverse perspective”, the artists offer the cosmos as an alternative lens for life, one opposed to a single perspective or absolute reference frame – a distributed vision, geometrically expressed as a Russian icon.

“Our vastness serves as a transition to the vastness of the heavenly space, this new field for a great feat,” wrote Nikolai Fedorov (1829-1903), the father of Russian cosmism, a philosophical exploration of space that took place before the technology to reach it had even been developed. The predictions about space and life in zero gravity of his contemporary Konstantin Tsiolkovsky (1857-1935) grew out of the history of the development of the Russian steppes, with its snows and frosts, endless spaces that have shaped the culture of the peoples living on it.

Join us for the opening event on 12th April to learn about the works in the exhibition, as well as an introduction to Russian cosmism from Anastasia Gachaeva, filmed at the site of Gagarin’s monument in Moscow.