ONLINE: DMITRY KRYMOV, “EVERYONE IS HERE” + Q&A WITH THE DIRECTOR

The Art Seen and Pushkin House present an opportunity to watch the recording of one of the recent pieces by prominent theatre director Dmitry Krymov, Everyone is Here. After having been practically banned in Russia and all of his productions cancelled, Krymov has now left the country and moved to New York, where he has recently opened his new lab. 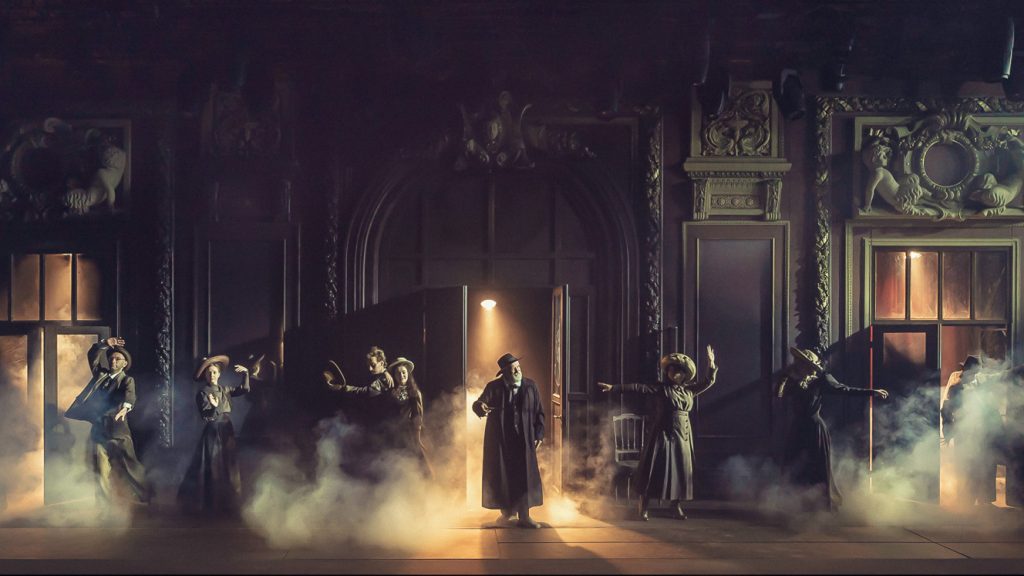 DMITRY KRYMOV, “EVERYONE IS HERE”

Inspired by a 1975 American touring production of Thornton Wilder’s Our Town that he visited as a young man, Dmitry Krymov’s Everyone is Here is a memory piece, a starting point for a flight of imagination and immersion into his own past. Wilder’s Our Town is superimposed on the personal memories of Krymov, his biography and events from his family life. The structure of the play gives rise to an interweaving of events, memories, reminiscences, fantasies, associations, dreams – a carefully planned, as if random confusion, which in the finale leads the viewer to a keen awareness of their own life.

Everyone is Here was nominated for five 2022 Golden Mask Awards, including Best Play and Best Director, and features Aleksandr Feklistov and a memorable Maria Smolnikova. The recording was created during the performance before a live audience at the Moscow Theatre “School of Modern Plays”.