John Cranko became acquainted with Alexander Pushkin’s verse-novel Eugene Onegin when he choreographed the dances for Pyotr Il’yich Tchaikovsky’s opera of the same name in 1952. He created his own distinctive version of Pushkin’s work in 1965 for the Stuttgart Ballet. Onegin displays all of Cranko’s genius as a narrative choreographer, featuring finely drawn characters who are transformed by the conflicts they face. 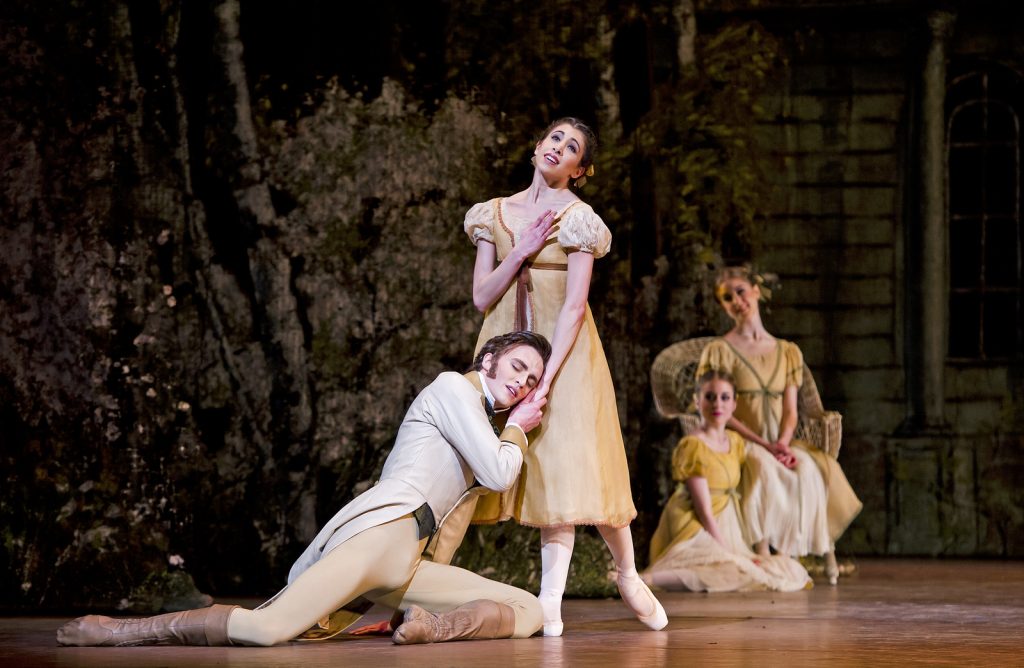 Matthew Ball as Lensky and Yasmine Naghdi as Olga in Onegin ©ROH, 2014. Photo by Tristram Kenton

Onegin and Tatiana’s relationship is depicted in intense duets, such as the letter-writing scene, when the youthful Tatiana dances a dream pas de deux with her longed-for lover. The role of Tatiana offers a ballerina many challenges – the development of a bookish country girl into a sophisticated woman at the pinnacle of St Petersburg society requires dramatic sensibility and technical finesse. Kurt-Heinz Stolze, Kapellmeister for Stuttgart Ballet, created for Cranko a soaring arrangement of music by Tchaikovsky, not from the opera but drawing principally on his works for piano.