A beautiful Russian emigrée, an unrequited love, a political conspiracy, and the most legendary objets d’art of Imperial Russia – Sophie Law’s debut novel, which transports us to the glittering and treacherous world of wealth and art, offers every narrative jewel possible to enthral the Russophile reader.  Her protagonist is Anastasia Wynfield, an art consultant who believes that she is responsible for the death of her mother – the renowned Faberge scholar Olga Morozova. With Anastasia – or ‘Assia’ as she is known – we travel from London to St. Petersburg and back again in search of the lost Faberge egg made for Grand Duchess Olga Nikolayevna, the eldest daughter of the ill-fated Tsar Nicholas II. Published on the centenary of the assassination of the last Imperial Family, Olga’s Egg captures our enduring fascination with gilded Tsarist age and its bloody end. 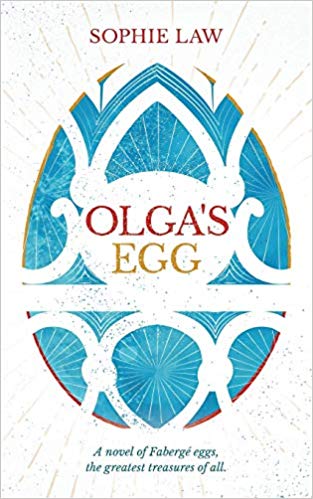 All happy families are alike – each unhappy family is unhappy in its own way.  Olga’s Egg is suitably faithful to this most famous Russian literary maxim.  The tension between Assia, her Oxford Don father, Richard, and her pouting twin sister Tanya provides the painful emotional crux of the novel.  Law depicts the minutiae of these troubled relationships with aplomb – When Assia’s boyfriend Ben reveals that she is editing her mother’s Faberge encyclopaedia, Tanya ‘snapped shut her Bottega Veneta clutch. The move was strangely aggressive’. With small gestures such as these, Law deftly indicates the cracks in the Wynfields’ family life.  Perhaps the most poignant moment is when Assia tells Tanya that she is obsessed with the family of Nicholas II because, unlike their own, ‘they were so full of love for each other.’

Throughout the novel, we feel ourselves safe in the hands of an expert.  Like her protagonist, Law is a Russian art consultant, working at the London-based auction house Bonham’s since 2005, and heading their Russian department between 2012 and 2014.  That she is more than a little familiar with the glamorous, high-stakes world which her characters inhabit shines through in her rivetingly detailed descriptions of the Faberge eggs to which Assia and her mother devote their lives:

‘… the egg [was] a pink, green and white confection of what appeared to be ribbons. Plaits of coloured enamel were gathered at the base of the egg and unravelled across a body of chequered enamel with painted flowers before gathering into formation again to crown the egg with a bow.’

Such sumptuous descriptions, clearly imbued with Law’s own passion, are enough to make diamonds sparkle in any reader’s eyes.  Occasionally, Law’s in-depth knowledge of the art world makes the narrative a little clunky, with scenes such as the Faberge documentary screening at the beginning feeling more like excerpts from a textbook than a novel.  Not all readers, however, will be bothered by these – one certainly feels as if one has learnt something by the end – but those that are will soon forget them as they are swept along by the drama-fuelled plot.

Olga’s Egg is quick and compelling read, which is both its blessing and its curse.  In the short space of two hundred pages, Law hits us with some shocking events, and a mystery-cum-conspiracy that is as intricate as Faberge’s eggs themselves.  Each of these elements makes for a riveting narrative, but the limited length of the novel means that the reader is left feeling rather overwhelmed, and thus struggling to process the import of each event.  If Olga’s Egg were a simple Cold War spy thriller, perhaps this would be less important.  But Law is clearly aiming for something much more human and nuanced than this, so it is a shame that the reader is swept so quickly from one moment of drama to another.  Characterisation, too, suffers form the novel’s brevity.  While the Wynfields are all fully developed and complex characters, others – such as millionaire art collector Madeleine Roseman and the ‘grey cardinal’ of the Kremlin Ivan Denisov – err on the side of caricatures.

Law’s novel is both a panorama of modern Russia and fairy-tale. Her thinly-veiled references to real – and sinister – political figures and events, combined with the treasure-hunt for an object of other-worldly beauty are strange bedfellows, but it is this apparent incongruousness that gives Olga’s Egg its poignancy.  After all, as the story of the Faberge eggs themselves shows, the political and the magical are never far apart.

Olga’s Egg will be available to buy from the 25thof October.  For more information, visit the author’s website: sophielawconsultancy.com 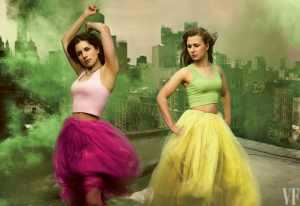