More music by Shostakovich at the Barbican Centre

Classical and Contemporary meet, as Gianandrea Noseda conducts music by Russian composers who reached back in history to create something entirely new – and one of their Classical inspirations. 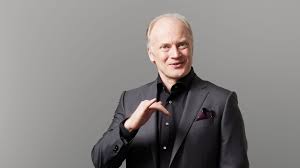 For his first symphony, Prokofiev – in characteristic style – decided to do the opposite of what was expected of him. Instead of capturing the turbulence of Revolutionary Russia, he made Haydn and Mozart his muses, writing a work that fizzes with wit, light and play. We hear direct from Classicism in the graceful melodies of Mozart’s Third Violin Concerto, and step back into Russian history for Mussorgsky’s Prelude to Khovanschina, which evokes a city awakening as dawn breaks over the Moscow River.

For Noseda, the Ninth is Shostakovich at his most ‘classical’, but a modern statement nonetheless. ‘Stalin wanted a celebration of the victory of Russia, and Shostakovich came out with a sort of opera buffa symphony,’ he says. ‘Short, witty, lots of sarcasm. I can really feel his wish to go against what was expected of him.’