New Voices from Russia’s Past and Present

In their relationship with readers Russian authors have often had to negotiate not only the usual obstacles of the literary marketplace but more often the pervasive influence of a state whose interest in their work has been far from benign.  Censorship was a key part of the arsenal of the Tsarist regime, and once the Bolsheviks felt secure enough in power to look more closely at the works available for a Soviet readership they too found that the written word was not always something that the larger public needed to have available. Novelists could well be ‘engineers of human souls’ in Stalin’s famous dictum but, ideologically speaking, not everyone met the required standards to have their work seen, read, or discussed. 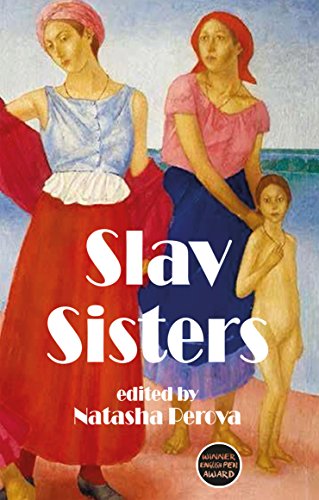 In the second half of the twentieth century readers in the West often got to read works by Pasternak, Grossman, Bulgakov, and others before they finally found their Russian audience, either in samizdat form or eventually with the legality conferred on them under Gorbachev’s 1980s glasnost.  In more recent times, though, this process has taken on a new direction, with works both new and old not only appearing in Russia but also, though translation, almost simultaneously coming available for English-language readers.  From the recent appearance of novels by Andrei Platonov, Sigizmund Krzhizhanovsky, and Sasha Sokolov to the Nobel-winning works of Svetlana Alexeivich, and the recently recovered stories and sketches of Teffi (Nadezhda Lokhovitskaya) we can now hear a range of voices previously unknown in the West and often muted in Russia itself.

A particularly interesting recent example of this is Natasha Perova’s compilation Slav Sisters, which brings to the fore women writers active since 1900.  Some of the women selected by Perova were overlooked, or indeed officially silenced in their own time. Others, like Ludmila Ulitskaya and Olga Slavnikova are better known to readers in Russia than outside of it. In all cases, their works benefit from being grouped together in a collection that allows us to consider their differences whilst recognising an unofficial ‘sisterhood’ built up across the years by a shared desire to have one’s experiences and memories captured in prose.  Here, a series of ‘Autobiographical Sketches’ by Anna Akhmatova read like tantalizing fragments of a great unwritten autobiography from someone whose memories cross back and forth across the seismic divide that is 1917 in Russian life.  In the same vein, Marina Tsvetaeva’s ‘My Jobs’ records the period of post-Revolutionary free-fall in which a young mother, reduced to penury by the regime’s seizure of her assets and her home, attempts to adapt herself to life as a clerk in the world of Soviet bureaucracy in order to stay alive and continue her writing.  The episode is brief and unsuccessful but transfigured by Tsvetaeva’s ability to record it and, in doing so, to elevate it beyond the level of an individual’s experience into a comment on a period in history when countless others were in similar situations. 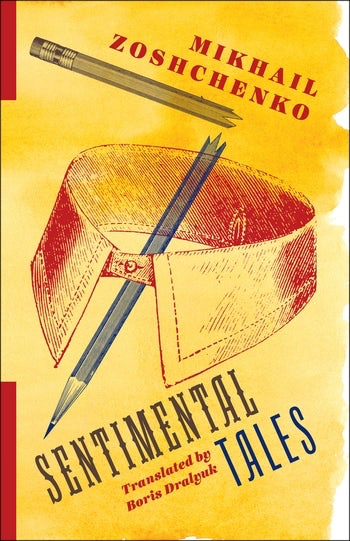 This ability to convey in prose something approximating one’s experience of the world that was the USSR is also what marks out Mikhail Zoschenko’s stories.  Originally published as ‘Sentimental Tales’ in the late-1920s, they detail the lives of men and women coming to terms with the upheavals of the post-Revolution years and, in the transition from utopian thought to the pragmatism of the New Economic Policy, the rise of a class more adept at ‘working’ the system for its own ends.  Unable to wholly adapt to the world in which they find themselves, Zoschenko’s protagonists are more likely to be failures than heroes, they are the victims of a world that has moved on and left no room for them.  Love stories end in loneliness, and ambition is more likely to be thwarted than recognised.  Zoschenko’s tone throughout is talkative and intimate, as though he were recounting these episodes with the reader over a drink (or several) and inviting us to reflect not only on the complexities of the Soviet 1920s but on the challenges facing a writer tasked with representing a reality that is simultaneously trivial and tragic in its scope.

In the case of Zoschenko, particular emphasis must be placed on the issue of his style. His tales are examples of skaz(from the Russian skazát,meaning ‘to tell’) in theirreplication of an oral narrative in a written text, complete with the idioms and digressions of the speaker’s voice.  Conceding, in the rather misleadingly entitled ‘A Merry Adventure’ that he is finding it hard to think of suitable material, Zoschenko puts his predicament before the author as follows:

Unfortunately, after poring over his memories of all the events and adventures of recent years, the author must admit, with some embarrassment and confusion, that he can’t seem to recall an especially merry story. All he can think of is one more or less suitable little tale – and even that tale isn’t particularly merry… Still, it may draw a quiet chuckle.  In any case, it’ll do for a start.  Who knows? Later, something a bit more fun might turn up.

Boris Dralyuk’s translation allows the reader to enjoy Zoschenko’s playfully evasive relationship with ‘truth’ that allowed him to briefly function as such an atypical Soviet author.  It was a balancing act that he maintained for some time until, from the mid-1930s onwards, the regime tired of his carefully-maintained ambivalence and applied the pressure to bring him ‘into line’ with its tastes that made the latter years of his life anxious and unhappy.

In all of these works, the tradition of Russian Literature is never far from view. Zoschenko’s wry assessment of the workings of state bureaucracy and their impact on the individual calls to mind the surreality of Nikolai Gogol’s Petersburg stories, recast in an age when the system has acquired new rulers but is largely unchanged nonetheless.  Elsewhere, Galina Scherbakova’s story ‘The Lady with the Dog’ reworks Chekhov’s masterpiece for a modern age, exposing as it does so the pitfalls of using literature as a guide to life and leading to a conclusion that, whilst very different from the original, would surely have drawn Chekhov’s admiration.  The men and women who people these stories have a long line of ancestors, and they take their places knowing that their actions, whilst new and intensely relevant to them, are framed by the actions that readers will know from other texts. Zoschenko’s devotion to “Russian reality” as he calls it is offset by the sense that ‘reality’ is often moulded by its being recycled as art: the ‘sentiment’ in his tales comes from the sense that his characters’ actions, whilst personal to them, are also never simply their own.

The award of the 2015 Nobel Prize in Literature to Svetlana Alexeivich, and the subsequent appearance in English language translations of several of her key works, has brought her polyphonic blend of history and memoir to a much wider audience. Her piece ‘Landscape of Loneliness’ (in Slav Sisters)comes, we are told, from a work-in-progress on romantic relationships in the Soviet period and, like the interviewees of her other works (particularly the women veterans of the Great Patriotic War interviewed for her ground-breaking The Unwomanly Face of War– first published in 1985) there is a cathartic sense of release in the ability to have one’s words recorded.  To be able to speak; to know that one has, or will be, heard; and that one’s words will endure is, in these cases, a vital part of a sense of self and a relationship with one’s life experience.

In both of these collections, then, we find voices of frustrated ambition, bureaucratic confusion, romantic longing, and acute sensitivity to the injustices and absurdities of daily life.  They are unmistakably Russian voices; deservedly audible again, and reminding readers in the world outside of Russia how much of the country’s literary tradition is left for us to discover, and also of how that tradition remains vital in the present day.