Natalia Osipova: Triptych – a World First for Ballet and Technology

On the 10th of December, Natalia Osipova achieved a world first when she sold a triptych of her ballet performances as NFTs (Non-fungible tokens) at Bonhams. The pieces on offer included two excerpts from Osipova’s performance of ‘Giselle’, in which she gave her first landmark performance in London, as well as one short contemporary performance, ‘Left Behind’, in which she partners with her fiancé Jason Kittelberger. The former two pieces came with an estimate of £8,000 – £12,000, and the latter between £30,000 and £50,000. Unfortunately, this world first did not quite achieve the eye-watering heights of other, more established NFT artists. Beeple’s zenith of $69 million for Everydays: The First 5000 Days, sold at Christie’s last year, was perhaps a little too far off to see as all three offerings came in at the lower end of their estimates. 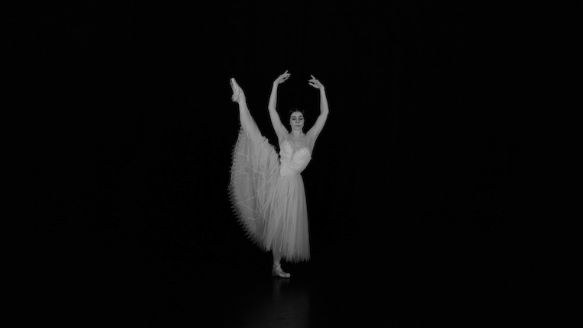 Still from ‘Giselle, The entrance of Act II’ c. Bonhams

Osipova and Kittelberger had recognised that their venture was a “gamble”. While the NFT market for digital art and avatars has been well established, classic art – and particularly performance art – remains something of an untested medium among crypto collectors. Of course, NFTs are also somewhere between a mystery and an unwanted invasion in the world of traditional art collectors.

It is easiest to explain NFTs (non-fungible tokens) in relation to bitcoin and other cryptocurrency. These cryptocurrencies are ‘fungible’ – that is, like a pound coin, each token is exactly the same and they all have the same exchangeable value at any one moment. NFTs however are a unique entry onto the blockchain – the places where all this crypto information is stored, and are associated with an object outside of the blockchain. While digital art can be recreated over and over again without changing the image, an NFT cannot, creating a digital scarcity which, for some people, creates value. 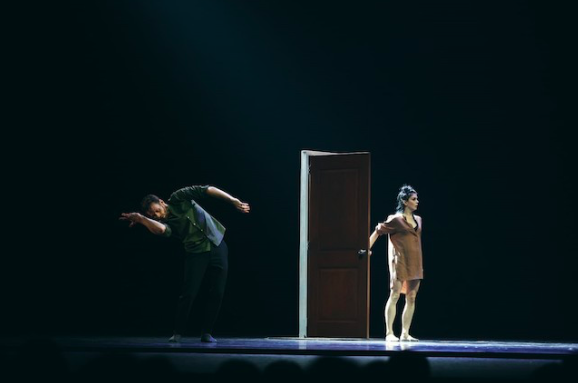 For Osipova, as with most performance artists versus the traditional media artists who had previously flocked to the NFT market, the format of NFTs seems to hold particular benefits: the nature of blockchain technology is such that it keeps an unalterable record of your possession of the artwork. Osipova has declared that she sees it as a way for her to ‘immortalise’ her naturally fleeting performances.

However, the true value of NFTs is a contentious subject in the world of art. The Moscow Times described NFTs as ‘any kind of data preserved in digital form, such as photographs, videos, and audio files.’ However, when you buy an NFT, you are not buying a piece of entirely unique art that only exists in the format of an NFT. As even Larva Labs, creators of one of the first ever NFT collections, CryptoPunks, admit, ‘ERC-721 [the standard used to create a non-fungible, or unique items, as opposed to fungible, or interchangeable ones, on the Blockchain]… is generally used to manage ownership of digital items stored elsewhere.’

Osipova’s NFTs are actually being offered in ‘ERC-1155 standard’, an evolution of the traditional ‘ERC-721’ style token. This token type reduces the considerable energy consumption required of the standard NFT format – a very necessary upgrade to the NFT world, given that, as a recent study by CoinTelegraph pointed out, a single transaction on Ethereum, one of the most common blockchains for NFTs, required the same amount of energy as it took to power a house in the USA for an entire day. However, Osipova’s ballet performance will still be transferred to the new owner as an MP4 video file, just as Beeple’s Everydays was and remains a JPEG. What the current owners of the NFTs have bought is the proof of ownership: it is the receipt rather than the artwork, which will live on a blockchain in perpetuity.

Some argue that the value of NFTs lie in a similar place as the difference between fine art collecting, and buying the print in the museum gift shop. However, while that might make sense for a Van Gogh, where you can hardly expect the museum workers to recreate each of Van Gogh’s oily brushstrokes perfectly for your delight and diversion, many people find it harder to grasp when it comes to digital art, where infinite replicability is almost innately part of its form.

With price points in the thousands, the average punter may be some way off owning a piece of artistic history for themselves. The streaming of performances which was embraced by ballet companies during lockdown provides a rather more reasonable alternative. Perhaps steeper than the free performances that currently live on youtube, this sale does make the Royal Opera’s Christmas offering of Giselle – in its entirety – seem rather more reasonable at only £16 a play.

Osipova, like many in the NFT space, has said however, that she hoped that the creation of NFTs would “broaden ballet’s appeal and reach”. The narrative of NFTs as a ‘democratising force’ in art is a popular, but complex one. Certainly they allow many artists the chance to earn from their art in a more direct way, putting them into instantaneous contact with buyers, as well as by guaranteeing a percentage of royalties to the NFT creator with every sale on the secondary market. As Osipova says, she hopes that the sale will “pave the way for the next generation of dancers to connect with their supporters on this digital stage”, something that seems particularly important as the threat of more cancelled performances and Covid restrictions loom. However, as the auction results at Bonham’s prove, this next generation may have a bit to go before the crypto enthusiasts have the same taste for fine art as they do for twitter avatars.

Other Articles By Esmee Wright 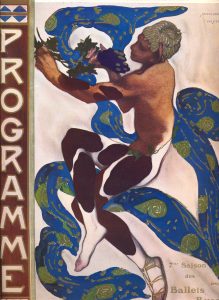 Nijinsky and his innovations in XX century ballet 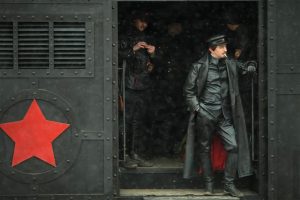