A leader of the Russian avant-garde, Natalia Goncharova blazed a trail with her experimental approach to art and design. Tate Modern will present the first retrospective of Natalia Goncharova ever held in the UK. Most of the works have never been seen in this country before. 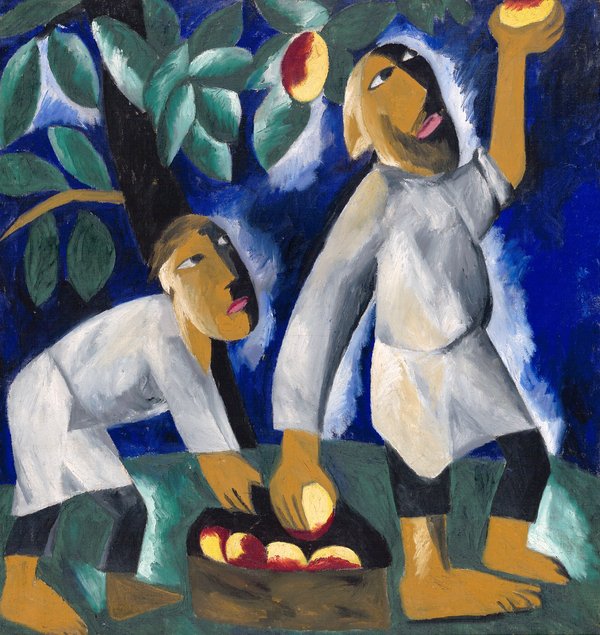 Goncharova found acclaim early in her career. Aged just 32 she established herself as the leader of the Russian avant-garde with a major exhibition in Moscow in 1913. She then moved to France where she designed costumes and backdrops for Sergei Diaghilev’s Ballet Russes. She lived in Paris for the rest of her life, becoming a key figure in the city’s cutting-edge art scene.

Goncharova’s artistic output was immense, wide-ranging and at times controversial. She paraded the streets of Moscow displaying futurist body art and created monumental religious paintings. She took part in avant-garde cinema, experimented with book designs and designed for fashion houses in Moscow and Paris.

Her bold and innovative body of work influenced and transcended the art movements of the 20th century. The exhibition will explore her diverse sources and inspirations, from Russian folk art and textiles to the latest trends in modernism and beyond.