The Savitsky Gallery – home to the world’s second largest collection of Russian avant garde art – has announced its search for an experienced Director. The successful candidate will take on the role in summer 2019 and will have the opportunity to devise and implement an ambitious development strategy for the museum.

The “Museum of Forbidden Art” moniker refers to the Savitsky Gallery’s possession of thousands of Soviet era artworks by artists who were repressed and purged during the mid 20th century. These include paintings by the Amaravella group, Sokolov, and Komarovskiy (a number of whom were shot or imprisoned), plus artists forced into poverty and/or obscurity by the 1932 decree On Restructuring Literary and Artistic Organizations. The museum also possesses large numbers of archaeological finds from Uzbekistan’s Khorezm region, paintings by artists with a link to Central Asia, and folk and applied arts from Karakalpakstan.

There’s little doubt that the collection survived because of its remote location in Nukus, Uzbekistan. Although it has gained some recognition since Uzbekistan gained independence, awareness levels and visitor numbers are still exceptionally low given its cultural importance. One of the key responsibilities of the new Director will be to raise the museum’s profile through partnerships and loan agreements with international museums and galleries. Savitsky was adamant that “his” artists would one day be rehabilitated and given the global respect they deserve. 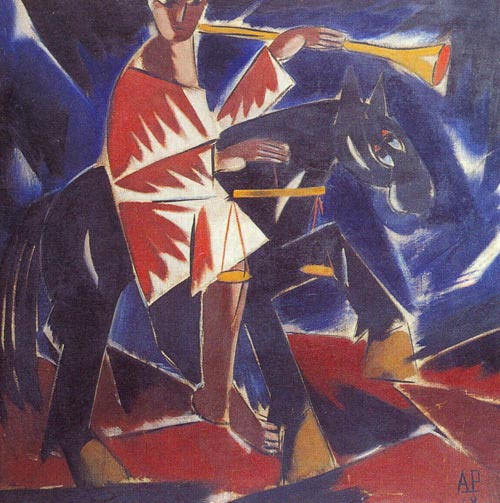 Other priorities for the Director will be to stabilise the museum’s financial position and upskill its staff so that they are better equipped to preserve the collection. This is no mean feat; many of the artefacts and artworks have been kept in inadequate storage facilities since they were acquired in the 1950s and ‘60s, and they are in desperate need of restoration.

Uzbekistan is on an upward trajectory, however, and the new Director will arrive at a time when positive changes are afoot across the country. Tourism is booming, a visa free regime was introduced on 1 February, and the country has announced the launch of its debut bond, a positive sign for the economy. International cultural ties are strengthening, too, as the Ministry of Culture of the Republic of Uzbekistan prepares for Civilization and Culture on the Silk Road, a major joint exhibition at The Louvre in 2021.

The open call for the Director post, and details of the application process, are online here. The deadline for applications is 25 April, 2019.