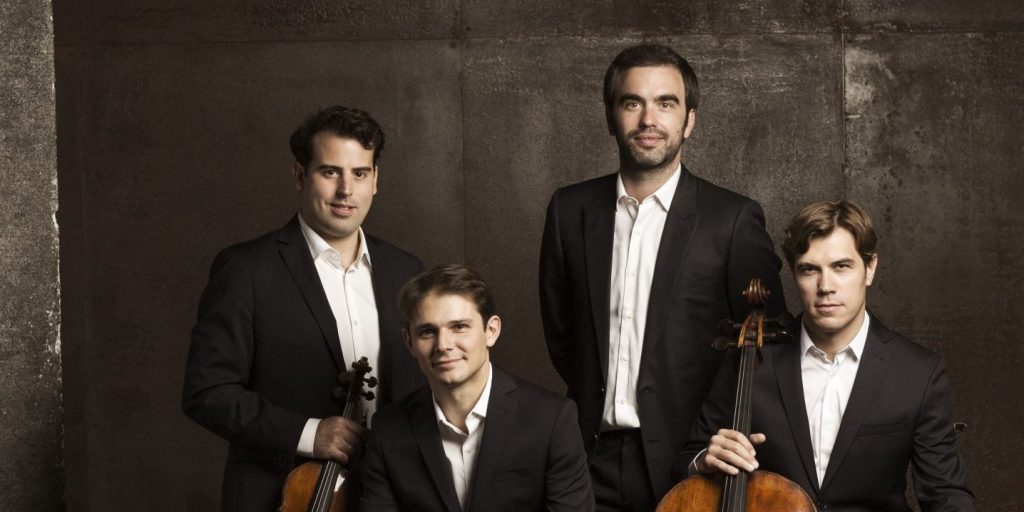 The Modigliani Quartet formed in Paris in 2003 from players who had met at the Conservatoire. On 22 December its programme focusses on the last of Tchaikovsky’s three quartets (1876), whose slow movement, marked Andante funebre e doloroso, was a memorial to the Czech Ferdinand Laub, whom the composer considered the finest violinist of his time.

The concert is held in Wigmore Hall. Originally called Bechstein Hall, it specialises in performances of chamber music, early music, vocal music and song recitals. It is widely regarded as one of the world’s leading centres for this type of music and an essential port of call for many of the classical music world’s leading stars. With near-perfect acoustics, the Hall quickly became celebrated across Europe and featured many of the great artists of the 20th century. Today, the Hall promotes 550 concerts a year and broadcasts a weekly concert on BBC Radio 3. The Hall also promotes an extensive education programme throughout London and beyond and has a huge digital broadcasting arm, which includes the Wigmore Hall Live Label and many live streams of concerts.