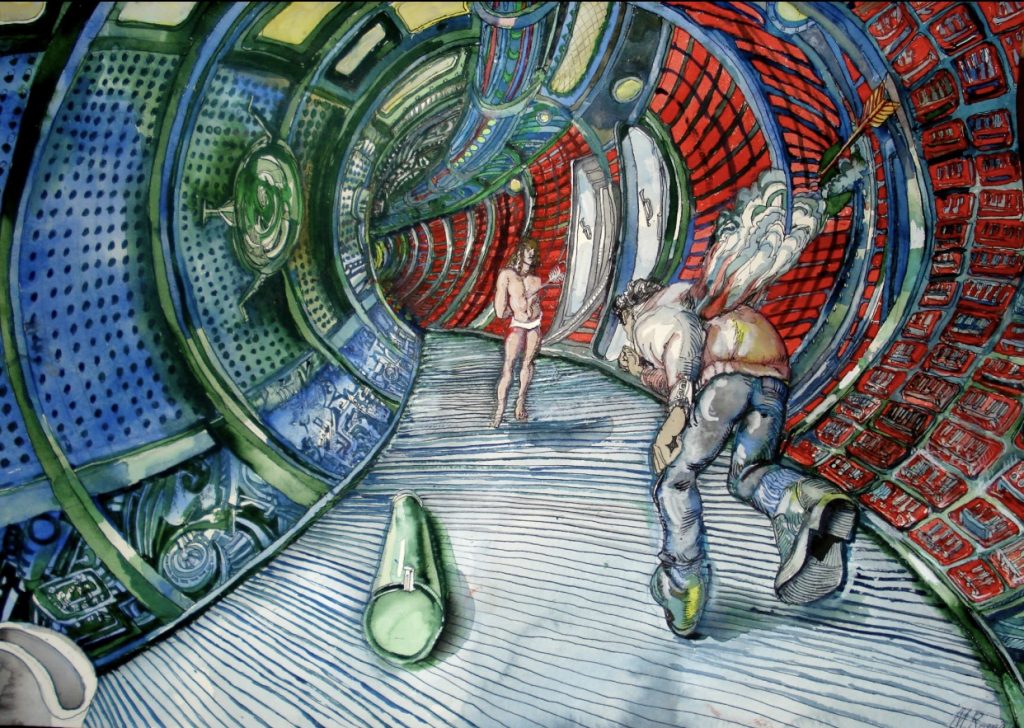 The exhibition opening will be on Cosmonaut’s Day (12th April)

Creator of the flying machine for the film Andrei Rublev (1966).

Production designer and creator of the style of Tarkovsky’s Solaris (1972).

By happy chance the artist’s birthday coincides with Cosmonaut’s Day!

The exhibition will show works from various genres, including sketches from the artist’s work on Tarkovsky’s Solaris, paintings, and Romadin’s illustrations for books about outer space, including short stories by Ray Bradbury.

Themes of flight and space, man’s interaction with the cosmos, and his victory over the forces of gravity were amongst Romadin’s favourite creative themes.

The poet, screenwriter and film director Gennady Shpalikov once wrote the following to Mikhail Romadin for his birthday:

It happens that artists have wings,

As do tailors and railway-workers,

But only artists have discovered

How those wings grow.

And they grow thus:

From nothing and from nowhere.

There is no explanation of the mystery.

And I’m no expert in it.

The exhibition is curated by Marina Tsurtsumiya and Aleksandra Shein-Romadina.