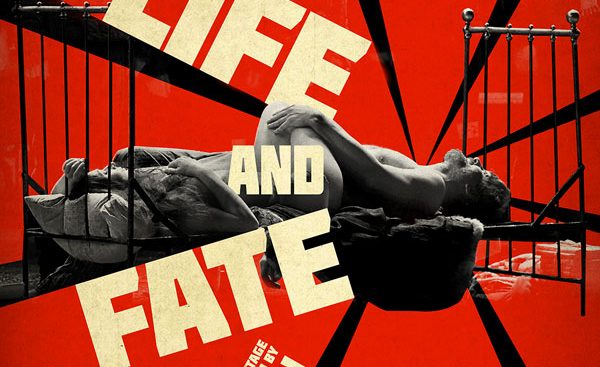 The legendary Maly Drama Theatre of St. Petersburg – described by Peter Brook as ‘the finest ensemble theatre in Europe’ – returns to London this spring for a strictly limited engagement for the first time in over a decade.

They present the UK première of Vasily Grossman’s epic novel Life and Fate and their celebrated production of Anton Chekhov’s Uncle Vanya.

Under the artistic directorship of Lev Dodin – one of the most celebrated theatre practitioners working today – the Maly Drama Theatre of St. Petersburg has become one of the greatest theatres in the world. During his 35 year tenure many of Dodin’s shows have won international awards including state prizes of Russian and the USSR, Golden Mask Awards and a Lawrence Olivier Award (becoming the first international company to do so for Stars in the Morning Sky, 1989). In 2000 he received the European Theatre Award.

Financial TimesIt’s early 1943. Hitler’s Germany and Stalin’s Russia are in a bitter struggle for their very survival. Life and Fate is a sweeping panorama of Soviet Society, an epic tale of a country told through the fate of a single Jewish family, the Shtrums.

Vasily Grossman’s celebrated novel, adapted for the stage for the first time, was banned because of the parallels it drew between Nazism and Soviet Communism. From Nazi concentration camps to the Gulags of Siberia and the Soviet nuclear programme, the battle of Stalingrad looms large as the characters work out their destinies in a world torn by ideological tyranny and war.

This critically acclaimed production, winner of the Golden Mask for best play, has toured around the world to great acclaim since 2007.

Evening StandardVanya, together with his niece Sonya, has sacrificed his life managing the estate of Professor Serebryakov, his former brother-in-law and Sonya’s father. But when the Professor returns from the city with his glamorous young wife Yelena, tensions spiral as their world is thrown upside down.

Chekhov’s tragicomic masterpiece of dashed dreams and thwarted and eternal love returns to the West End in Lev Dodin’s definitive interpretation of this classic play.

Both productions will be performed in Russian with English surtitles.