MacDougall’s online only auction, 30 April – 16 May, offers an Exceptional Collection of Russian Art of a European Gentleman, plus other properties. The sale includes masterpieces of classic 19th and 20th century masters such as Shishkin, Korovin, Sudeikin, Sokolov-Skalya, Annenkov, Vereshchagin, Khrutsky and many others. Key contemporary artists represented by such names as Koshlyakov, Nemukhin, Plavinsky, Chuikov, Sitnikov, Pepperstein and others. Many paintings in the collection have a long exhibition history as well as distinguished provenance.

Mikhail Tkachenko’s seascape Meeting of Tsar Nicolas II and the President of the French Republic Armand Fallieres in Cherbourg Harbour on 31 July 1909 (Estimate £80,000 – 120,000) has a particularly strong artistic and historic merit. It was commissioned by Tsar Nicholas II and gifted to the French President Fallieres upon signing the Franco-Russian alliance just before the First World War. On 9th of July Nicholas II presented Fallieres with a gold medal inscribed “Former enemies – now cordial friends”.  That beautiful, as well as imposing, over two metre seascape was illustrated in Novoe Vremia in August 1911, and was widely publicised and praised in the French press at the time.

Mikhail Tkachenko, “Meeting of Tsar Nicolas II and the President of the French Republic Armand Fallieres in Cherbourg Harbour on 31 July 1909”

Vasily Vereshchagin’s jewel of a painting Iconostasis of the Church of St John the Evangelist on the Ishnya River  (Estimate £25,000–40,000) was painted specifically for his landmark 1888 exhibition in Paris. In search of typical images of Russia, Vereshchagin repeatedly travelled to the small village Bogolsov to paint the local church’s iconostasis. The painting was exhibited numerously in the 19th and 20th centuries. The artist created three versions of the interior, two of which now adorn the collection of the State Russian Museum, while the third is now presented for auction at MacDougall’s. 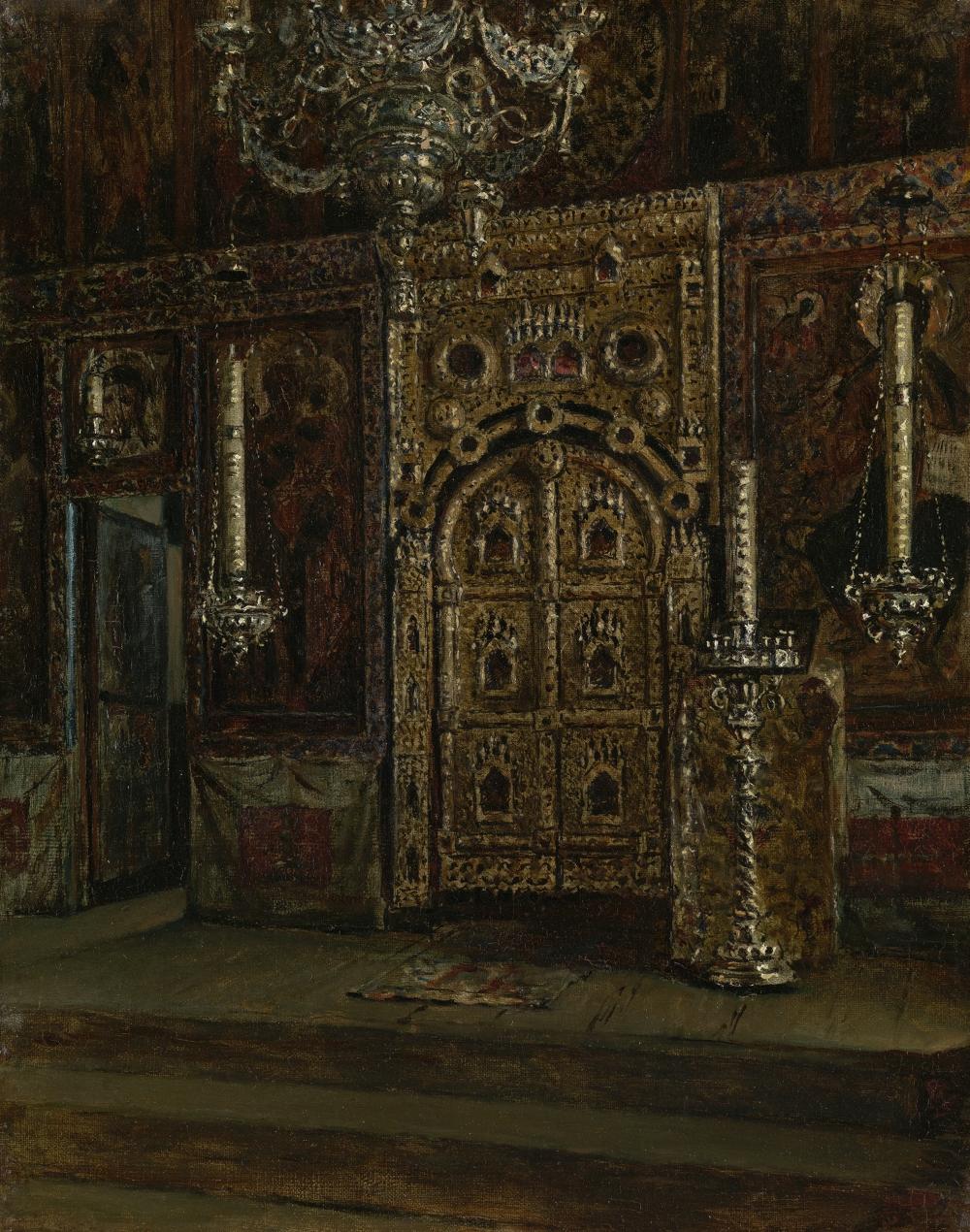 Vasily Vereschchagin, “Iconostasis of the Church of St John the Evangelist on the Ishnya River near Rostov Yaroslavsky”

20th century Russian art is particularly well represented in the sale with three magnificent Konstantine Korovin oils, executed in France in 1920s as well as by a 20 work collection of George Annenkov. It includes a magnificent Still life (Estimate 70,000-120,000), oil on canvas, as well as Nude in the Studio, a gouache painting executed in the later 1920s, so sought after by Russian art collectors. Both works are illustrated in the X. Muratova monograph Neizvestnaia Rossiia. Russkoe iskusstvo pervoi poloviny XX veka. There are also cinema and theatre Annenkov designs in the collection; during his long career, Annenkov worked on over 70 stage and 50 film productions as a set and costume designer. 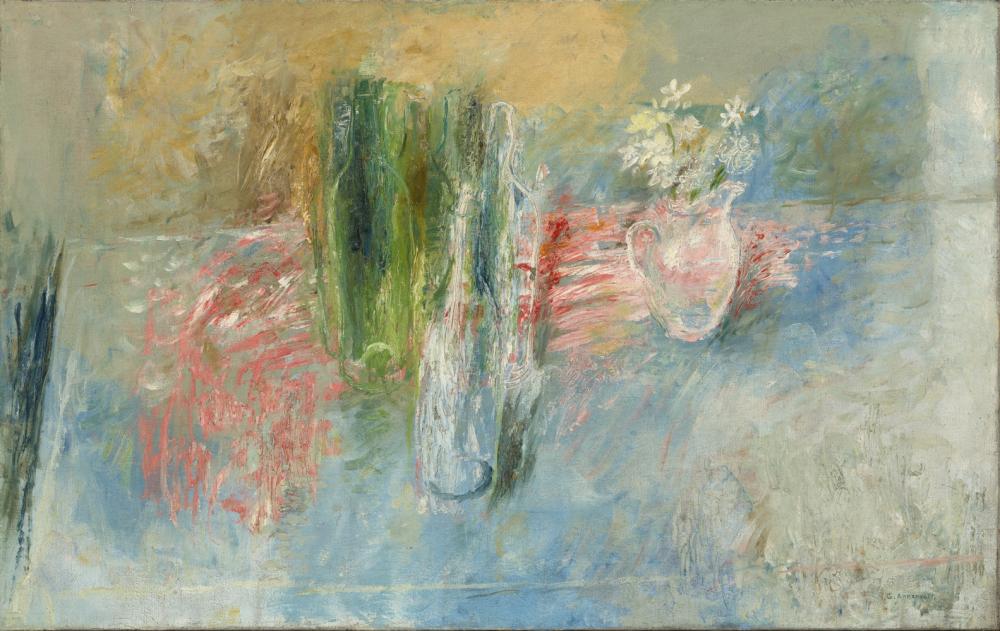 Russian post-war section includes works by non-conformists through to the post-perestroika artists.

Catherine MacDougall commented: “This auction includes some exceptional works, priced very attractively. In these difficult times art brings joy and light into our lives reminding us of eternal values”.

Note: this is an online only timed auction. Bids can be left online 30 April-16 May. The closing time noted at the top of the auction page indicates when the first lot will begin to close. As the auction closes, a countdown timer will be displayed for each lot five minutes before it closes. Each lot closes in one minute intervals and will extend for five minutes if any competing bid is placed within the lot’s last five minutes. Lots may extend for up to two hours to accommodate bidding. Please register in advance if you think you might bid more than 6,400 pounds, using Client Registration Form.

Instagram
New book in our gift shop, at last in english by @