“Lucia di Lammermoor” at the Mariinsky: a display of musical power, and a theatrical letdown

Gaetano Donizetti’s operas are created in such a manner that nothing makes sense unless it is brilliant. Vocally, any major part in Lucia is extremely challenging, and the story only comes together if the singers’ voices do. Still, for the Mariinsky, “Lucia di Lammermoor” seems a safe choice. The title was known to the audience at least since the days of the great (and tragically underestimated) Galina Kovalyova, whose voice was said to have been so bright and light, no recording device could capture her high notes properly. The star soprano needed for the title role is also at hand: Albina Shagimuratova is on excellent terms with maestro Gergiev, and since January 2019 on permanent contract with the company. 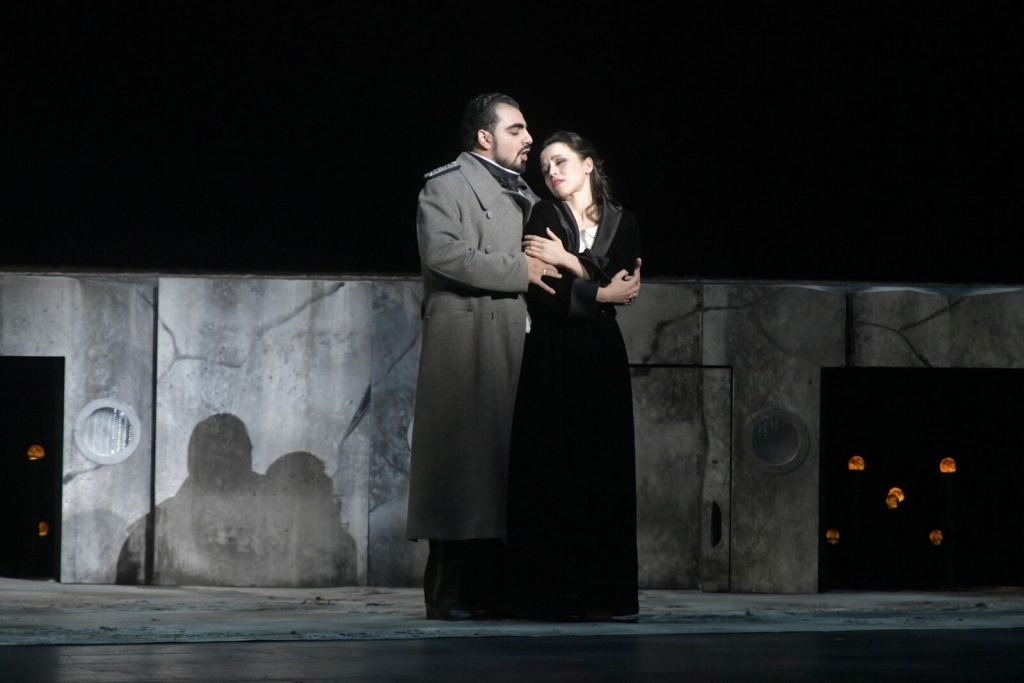 Although Shagimuratova is a safe bet (for the box office as well) and of course a warrant of an excellent performance, one cannot help but feel that a company as powerful as the Mariinsky can do more than expected. This time, indeed, a surprise was at stake.

While Shagimuratova sang the opening night, the next evening Aigul Khismatullina took her place. Khismatullina, who actually studied with Shagimuratova at the Kazan Conservatory, has been working for the Mariinsky Primorsky Stage (located in Vladivostok) since 2016. The Vladivostok stage has a curious relationship with the ‘main’ ones, located in St Petersburg. On the one hand, older productions that no longer run in Mariinsky-1 and 2, are moved there: a good trick economically and often a delight for the audience who cannot undertake a 9-hour flight to get to the Northern Capital. On the other hand, it is a firing ground for young singers – who can then be pulled to the main stages and quickly rise to stardom. A similar trick was recently performed on Elena Stikhina, who emerged as Salome in Strauss’s opera and rapidly conquered the world since. 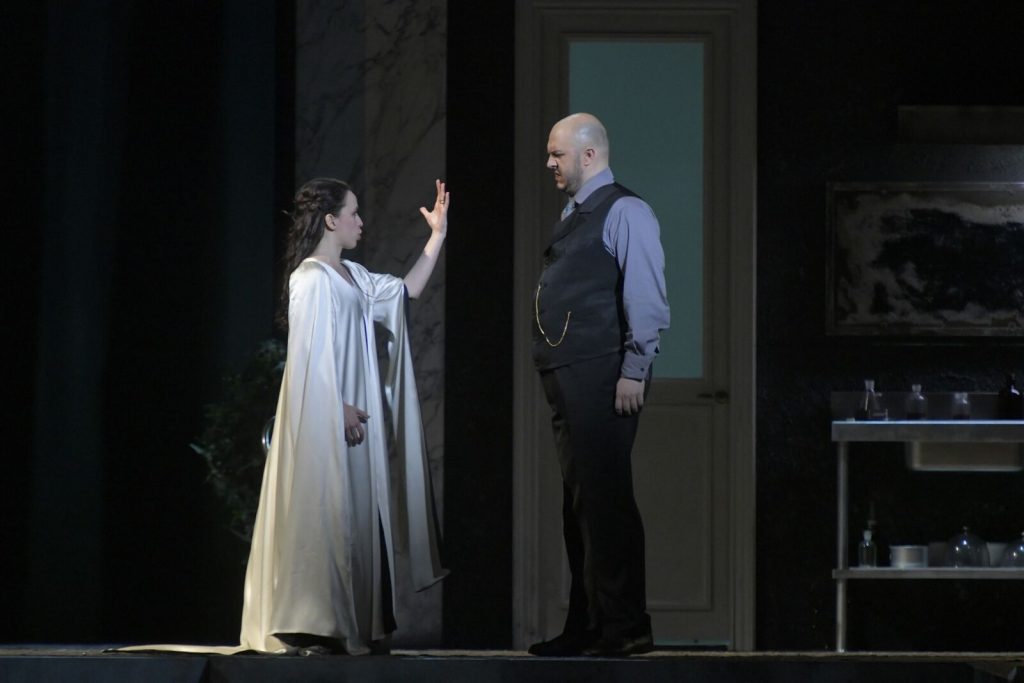 Khismatullina seems a perfect choice for Lucia: her voice strong and flexible, her image aerial and fragile. She performs her part with elegance, and the more the music develops – the more complex it becomes – the more ease she seems to have with it.

Although the opera is built around the female lead, Lucia, the two men who define her fate – her lover Sir Edgar Ravenswood (tenor Migran Agadzhanyan) and her brother Lord Henry Ashton (baritone Roman Burdenko) – are of no lesser importance.

At last year’s Operalia Agadzhanyan secured the 2nd prize – one hopes that this is just for starters. Having his basic education as a pianist, he is capable of hearing the depth of Donizetti’s score and not regarding it as a mere vocal tour de force (which is, sadly, often the case even with flawless singing). 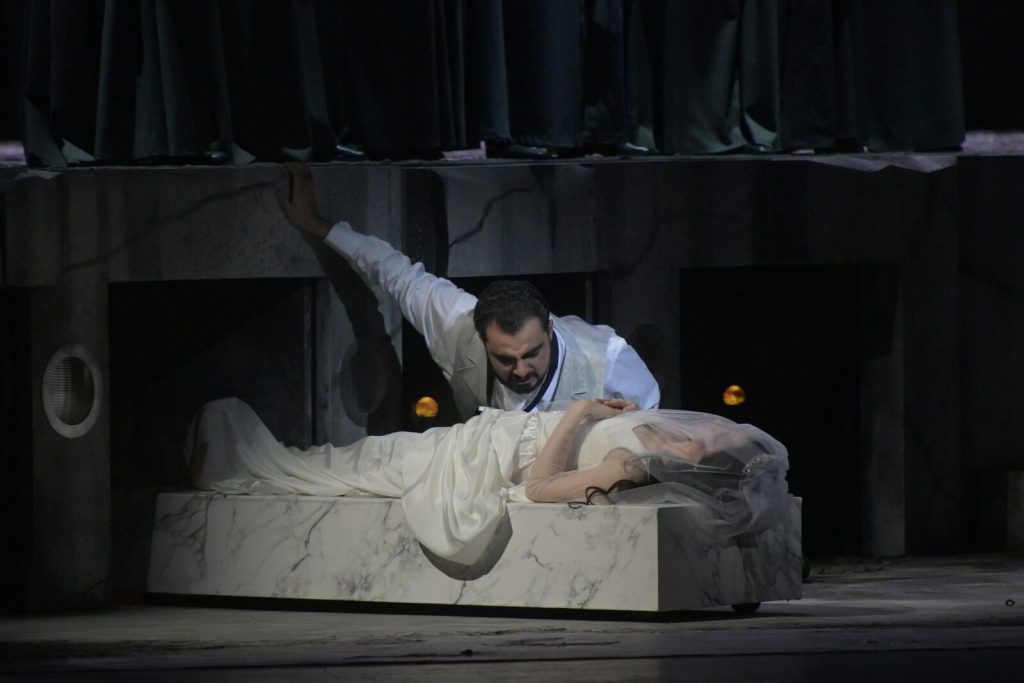 Roman Burdenko is one of the famous Mariinsky lot of exceptionally versatile singers – his roles range from Alberich in Wagner’s “Das Rheingold” to Tchaikovsky’s Eugene Onegin. Accepting the challenge of bel canto, he proved that his voice is now as strong as ever, and his acting skills doubly so.

Yes, Donizetti was a master of bel canto, which means that to make his music justice the conductor sometimes has to swallow his pride to make the singers shine – which is often an issue when Valery Gergiev is at the pit. Luckily, not this time: carefully and gracefully, he lead the orchestra and the cast through the subtleties and luxurious decorations of “Lucia”.

One thing lacking for a new production of “Lucia” is a strong director, or, for the matter, any director at all. Andrea de Rosa’s theatrical language cannot be called old-fashioned or modern: it is nonexistent. Neither does De Rosa tell a story nor transmit emotions. For instance, when Sir Edgar is lamenting his lost love at the cemetery, a corpse bride emerges on a gurney, in a rather comical manner.

De Rosa’s production seems to get into its own way even when the director has something to say. One good idea is that Lucia’s wedding dress – when she is forced by her brother into an unwanted marriage – is a straightjacket. What happens with the jacket is questionable: not only does she have full freedom of movement, but also is supposed to put on her own make-up after being confined.

Luckily, one can always close one’s eyes – a solution which works both for those who love director’s opera and for those who despise it. 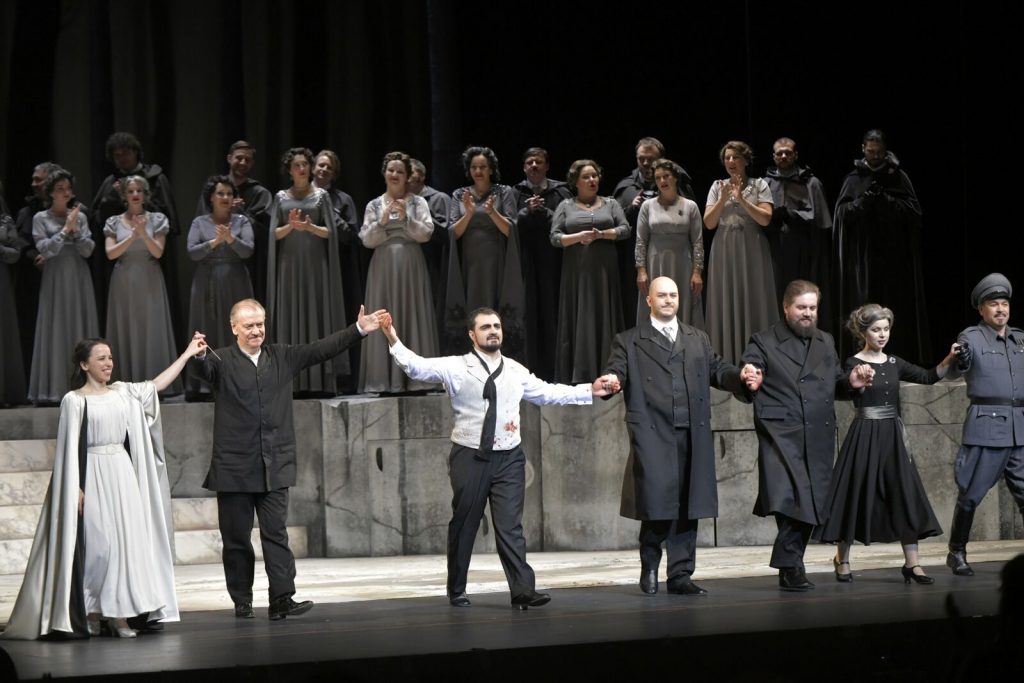 Two performances of “Lucia di Lammermoor” are scheduled for January 27 with the traditional “Cast to be announced” codicil – but whichever Lucia one gets, one is unlikely to regret it. For more details follow the link.

Other Articles By Aya Makarova 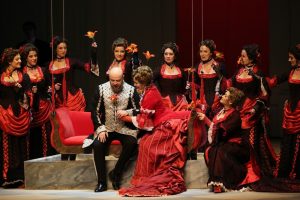