New project : Live on our Instagram : In Conversation with Yulia Savikovskaya

We are delighted to announce our new project “In Conversation with Yulia Savikovskaya”, which will launch tonight, 21 April at 19.00 (London time) and 21.00 (Moscow time), LIVE on our Instagram channel @rusartculture. Yulia will be talking to leading figures in Russian art and culture.

Tonight Yulia Savikovskaya is interviewing Sergey Kuznetsov, the Chief Architect of Moscow, and this Friday, 24 April, Yulia will talk to Lydia Kavina, theremin player. Join us tonight for the first live streaming of “In Conversation with Yulia Savikovskaya”, and send us your ideas for who you would like to see interviewed.

Don’t worry, if you missed the interviews – you may watch the recordings:

As the Chief Architect of Moscow Sergey is responsible for implementation of state policy in the sphere of supporting the development of Moscow in terms of urban planning, including land use planning, urban development zoning, land planning, as well as in the field of architecture and the formation of architectural and artistic image of the city of Moscow, urban-architectural solutions, issuance of the certificate of approval of architectural and urban planning resolution. He coordinates the activities of the Committee in the fields of public relations and international cooperation, oversees the preparation of documents and the Committee’s participation in the public hearings. 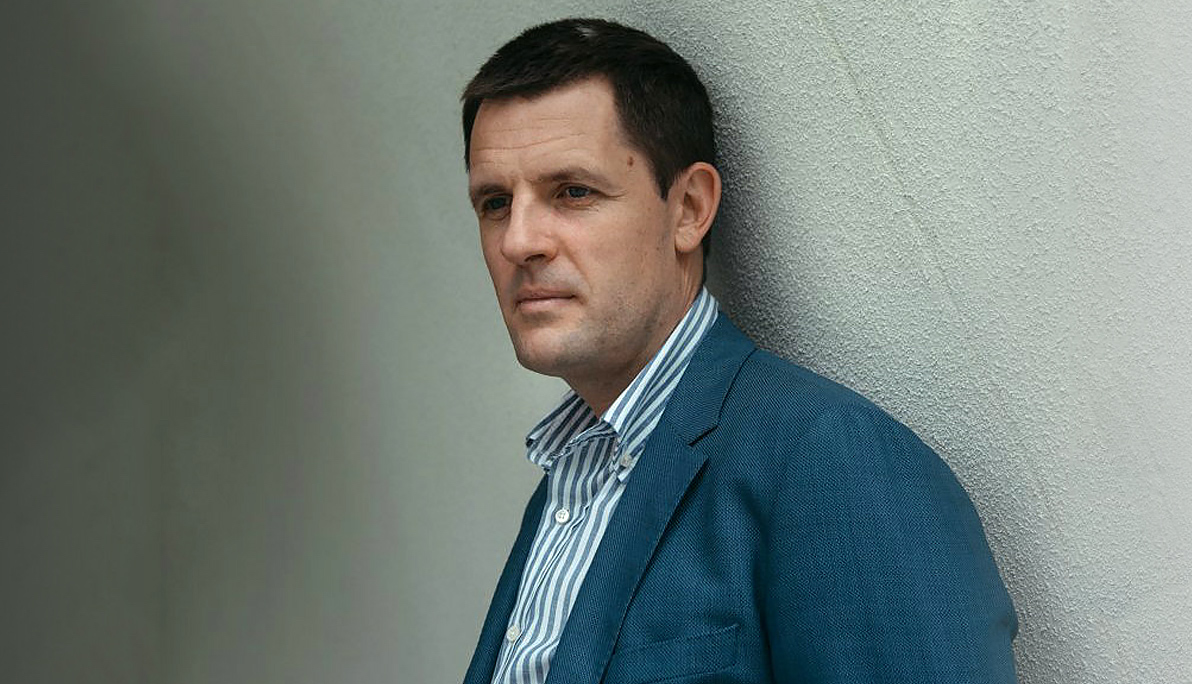 Sergey Kuznetsov was born in Moscow in 1977. In 2001, he graduated from the Moscow Institute of Architecture trained as an architect. Still during his studies at the Institute, Sergey Kuznetsov founded his first bureau and since 2000 he was one of the founding partners and the general director of the architectural studio «SLK-Project.» Since 2003 he was partner and general director of this studio. In 2006, the studio joined the association «SPEECH Tchoban & Kuznetsov,» and until 2012 Sergey Kuznetsov was the managing partner.

Upon the initiative of Sergey Kuznetsov, more than 50 architectural competitions were organized. Competitions had a different scale: from town-planning projects and buildings in key points of the city to competitions for facades and even individual elements of buildings. Almost always Sergey Kuznetsov is personally a member of the jury or its chairperson.

In 2016, Kuznetsov became one of the invited experts of the BIA-AR 2016 International Biennale of Architecture in Argentina. The same year, under his supervision, a special section on architecture issues was held under the auspices of the St. Petersburg International Cultural Forum: «Creative Environment and Urbanism».

In 2017, he was again invited to the position of curator of the section «Creative Environment and Urbanism» within the framework of the International Cultural Forum in St. Petersburg.

Every year, educational exhibitions and conferences are held under the leadership of Sergey Kuznetsov: Comfortable City and Open City. 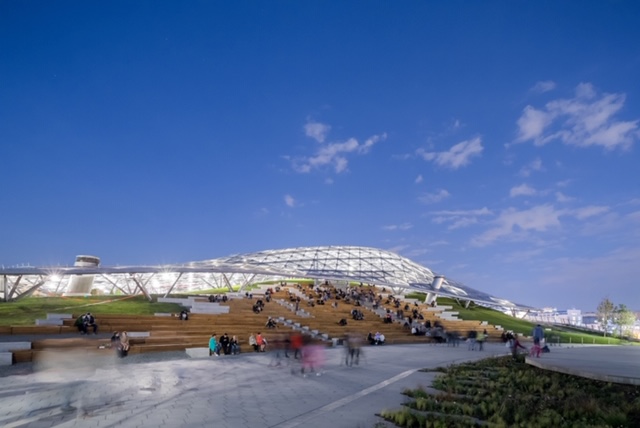 In the summer of 2017, Moscow Multimedia Art Museum hosted an exhibition of watercolors and graphics by Sergey Kuznetsov Personal Contact: Architectural Graphics. This event was timed for the release of the second book of drawings named Chuvstvo Goroda (A Feel of the City). It contains artwork by Sergey Kuznetsov and stories of famous cultural figures who shared their experience from meetings with different cities of the world.

Winner of the 30th International competition of architectural drawing Architecture in Perspective, was awarded a gold medal of the Russian Academy of Arts for the decoration of the opening ceremony of the historical stage of the Moscow theater Helikon-Opera.

Yulia Savikovskaya has completed a PhD at the School of Anthropology and Museum Ethnography at University of Oxford, Merton College in April 2018. The title of her thesis is ‘From Soviet Intelligentsia to Emerging Russian Middle Class? Social Mobility Trajectories and Transformations in Self-identifications of Young Russians Who Have Lived in Britain in the 2000s’. Before that she did an MPhil in Migration Studies at Oxford University, Merton College, researching changing identities of Russian students in Oxford. She also holds a BA in International Journalism from St Petersburg State University and a second BA with distinction in Theatre History from St Petersburg Institute of Performing Arts. Yulia is a playwright and has written 12 plays (mostly in Russian, two in English, current projects include plays in Russian and in English). The productions of her plays include ‘A Failed Rehearsal’ (2009, amateur school production in Moscow), ‘Tate Modern’ (2015, Avtorsky Theatre, St Petersburg’), ‘The Dead City’ (2016, Sofia, Bulgaria). Her play ‘The Observers, or Waiting for the Master’ has been translated into Chinese. The texts of her plays in Russian could be found here.

Yulia has also been translating modern British plays into Russian (her recent translation is a play ‘POSH’ by Laura Wade). She has been writing theatre reviews since 2009, collaborating with major specialist theatre magazines in Moscow (‘Modern Drama’, ‘Strastnoy Bulvar’, ‘Inye Berega’, ‘Theatre’) and St Petersburg (St Petersburg Theatre Magazine’, ‘Theatre City’, ‘Teatral’, ‘Imperium of Drama’). She has been publishing reviews of classical music since 2017 in ‘Daily Information’ newspaper (Oxford) and in the electronic magazine ‘Art Around the Globe’. Her favourite haunts in London are Barbican Centre, Royal Festival Hall, National Theatre, Donmar Warehouse and Almeida Theatre, and she has a soft spot for Comedie-Française in Paris since her exchange year (from Merton College, Oxford) at École Normale Supérieure in 2010/2011.