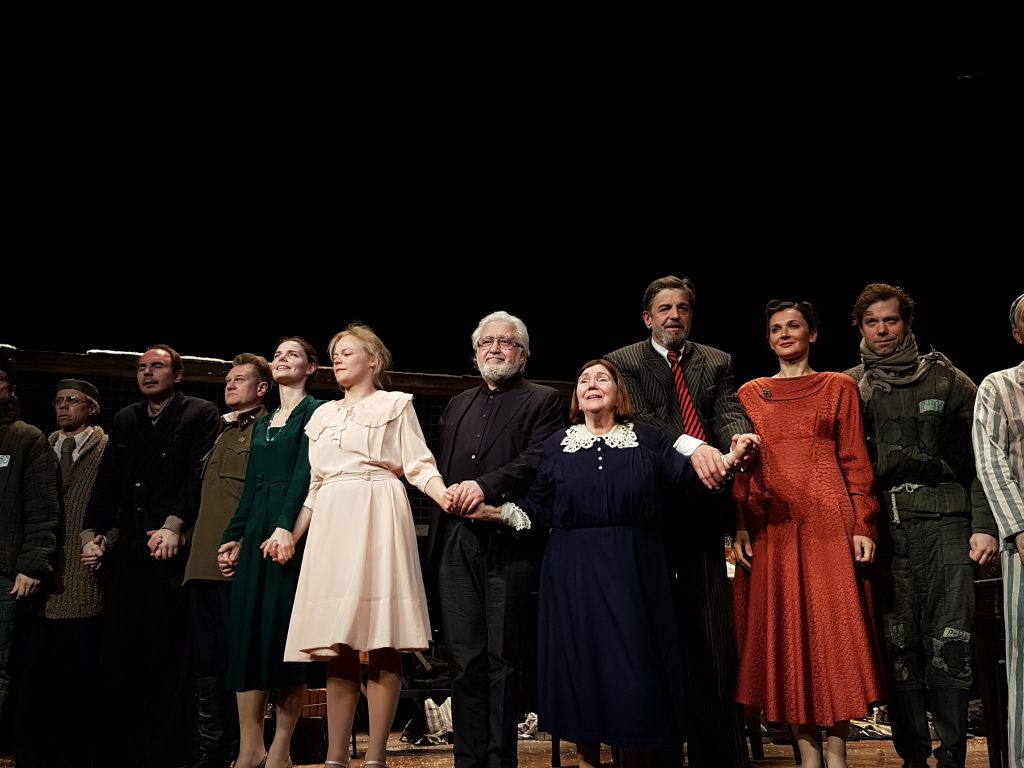 Vasily Grossman is perhaps the greatest Russian author the West never hears about.  A Ukrainian Jew, Grossman lived through darkest decades of the Soviet Union.  Leaving behind his training as a chemical engineer, he threw himself into the midst of the Second World War – or the Great Patriotic War, as it is known in Russia, – as a war correspondent for the State newspaper Krasnaya Zvezda.  Not only did he report the battles of Stalingrad, Kursk and Berlin, but he also wrote the first accounts of the Nazi concentration camps.

It has become something of a cliché to call Grossman’s epic novel the War and Peace of the Second World War.  Like Tolstoy, he lays before us the sweeping panorama of history, deftly weaving together the deeds of the great man and the everyday trials of the ordinary people into one seamless narrative.  But there are neither Tsars, nor Petersburg salons,  bubbling with French aristocratic chatter.  Instead there is Stalin – the Generalissimus, the vozhd’ whose power hangs over the stage like a pall – and the starkly furnished apartment of our protagonists: The Shtrum family.

Grossman’s novel reflects the greatest upheavals and inhumanities of the twentieth century through the prism of Viktor Shtrum’s life – a Jewish theoretical physicist plagued with a conscience in an era when such a thing could lead to a Siberian gulag.  Award-winning Director Lev Dodin’s task is thus monumental: To squeeze Grossman’s epic with its Tolstovian profusion of characters into a single three hour play.  And he succeeds – almost.

There are no elaborate scene changes, nor are there moments of blackness as stage hands scurry to remove or rearrange props.  Instead, we get what we see: a piano, a kitchen, a bed, a shower, and a stage-length net.  The latter – while rather bizarre at first – is central to the action, alternately acting as prison bars and a volleyball net.  In a dictatorship, this device tells us, it is impossible to separate the political from the mundane.   With these simple objects, the extraordinary cast conjure the Shtrum’s apartment, a Jewish ghetto, a gulag, a battlefield and a concentration camp.

The stage is ripe with symbolism.  Bread is a recurring motif.  In the first scene of Act 1, we see Lyudmila Shtrum – Viktor’s wife – freely give a loaf of bread to a hungry driver.  Later, we hear Anna – Viktor’s mother – tell how one of her former patients promised to pass her bread through the barbed wire of the concentration camp. Dodin’s direction turns this mundane household foodstuff into a symbol of humanity – a shaft of light in the mercilessly churning machinery of war and persecution.  If the symbolism of bread makes you think religious sacrament, you would not be far off the mark.  At the end of Act 2, when his colleagues from the Academy of Science twist his artm to sign a petition letter denying The New York Time’s report of purges of Russia’s intellectuals, Viktor – played with wry dignity by the excellent Sergey Kuryshev – pointedly wipes his hands before signing the document.  A true Soviet Pontius Pilate.

Dodin manages Grossman’s sprawling narrative by quite literally interweaving plot lines.   Characters from separate times and places frequently share the space.  Downstage, we may be in the Shtrum’s Stalingrad apartment – but upstage, we find ourselves in a Nazi extermination camp.  The effect of this is at first startling, even jarring.  However, by the middle of the first act most of the discomfort dissipates and we are able to appreciate Dodin’s masterful use of space and his blurring the lines between the life of a gulag /concentration camp prisoner and an ordinary person living in a totalitarian state.

The other aspect of Grossman’s novel that suffers from its compression for the stage is characterisation.  Several of the characters appear underdeveloped.  Lyudmila and her sister Yevgeniya, at times, appear like sketches – quick likenesses instantly recognised by audience members who have read the book, but rather perplexing for those who have not.  Elena Solomonova stands out with the restrained intensity of her performance as Lyudmila.  Her two monologues about the death of Tolya – her son by her first husband, Abarchuk – are deeply moving but disappointingly short.  Elizaveta Boyarskaya, who plays Lyudmila’s sister with movingly subdued anguish, is also an underused talent in the production.  Her reasons for leaving her husband, Krymov, and the reasons for her attraction to the Red Army colonel whose mistress she becomes, receive little dramatic attention.

Prison camps and purges do not make for light viewing.  However, Dodin manages to insert moments of dry humour to punctuate the darkness.  After Viktor receives a phone call from Stalin himself, Lyudmila asks breathlessly what ‘the most powerful man in the world’ had to say.  ‘Nothing special’ replies Viktor with a shrug. 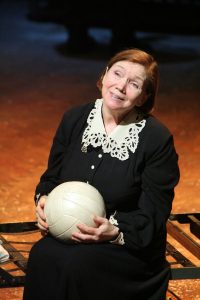 The Maly Drama Theatre of St. Petersburg brings to London an immensely powerful portrayal of a side of the Second World War too rarely seen this side of the old Iron Curtain. It is also blended with the theme of the Jewish Holocaust, and becomes most pronounced through the voice of Anna Shtrum, — masterfully performed by Tatyana Shestakova — the highly intelligent,  ever-loving, all-forgiving and self-sacrificing Mother of Viktor Shtrum, the captivating image of the Yiddishe Mame in the best sense of this word, — so touching and soulful, so poignantly lyrical, that it is heartbreaking. Dodin’s celebrated company, however, shows us that Red or White, Intelligentsia or Soldier, German or Jew – there is a common humanity to us all.  It is fitting to end with the words of Dodin himself: ‘In our everyday lives we still encounter the modern guises of fascism, communism, nationalism, totalitarianism , extremism, cruelty and lack of freedom [but] in spite of everything, people still continue to live, love, and hope.’

And that is precisely what Grossman would have wanted.