This week sees the preview, press-conference, award ceremony and inauguration at the Biennale Arte 2022 in Venice. An installation by the curators of the Ukrainian Pavilion Borys Filonenko, Lizaveta German, Maria Lanko is realized in the context of the Biennale Arte 2022 with the collaboration of the Ukrainian Emergency Art Fund (UEAF) and the Victor Pinchuk Foundation. 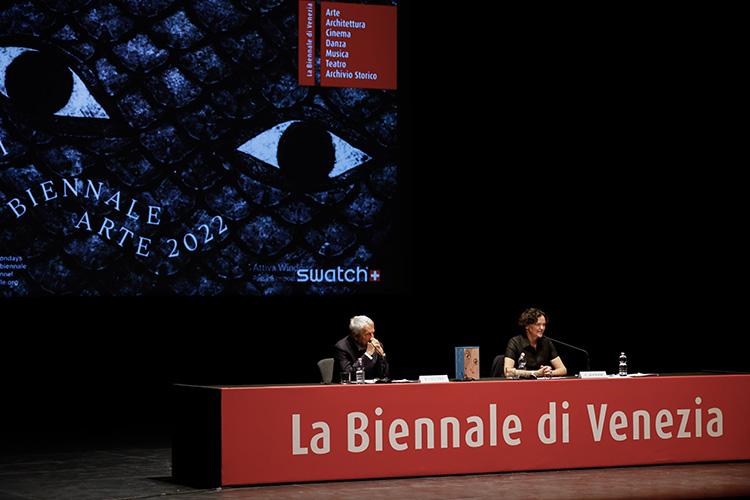 La Biennale di Venezia presents Piazza Ucraina, by the curators of the Ukrainian Pavilion Borys Filonenko, Lizaveta German, Maria Lanko. Realized in the context of the 59th International Art Exhibition with the collaboration of the Ukrainian Emergency Art Fund (UEAF) and the Victor Pinchuk Foundation, Piazza Ucraina is an open-air installation at the Giardini of La Biennale, designed by Ukrainian architect Dana Kosmina. 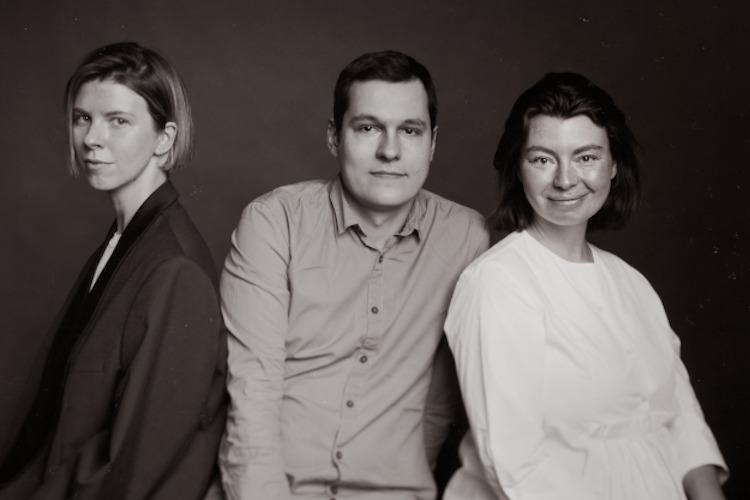 The aim of this project is giving a voice to artists and the art community of Ukraine as well as other countries in solidarity with the people of Ukraine in the aftermath of the brutal invasion by the Russian government, and to create a space for debate, conversation and support to Ukrainian culture.

Piazza Ucraina is a place of solidarity with Ukraine in the very heart of the International Exhibition, created by the team of the Pavilion of Ukraine in dialogue with and upon invitation of La Biennale and Cecilia Alemani. The Russian-Ukrainian war, which started in 2014, entered a phase of a full-scale military invasion on 24 February 2022. At 5 am, after the first volleys of air defense, the life of the whole European country changed. So did the lives of every single citizen of Ukraine, artists included. Army service, volunteering, cultural diplomacy, keeping diaries are just some of the social and private practices Ukrainian artists are engaged in today. Most of them have stopped studio work, some continue to combine artistic activities with military and social life, others keep producing artworks almost on a daily basis. For the latter, consistent work helps to make it through the hell of daily newsfeed updates and harsh war reality around. But not only. Shortly after a new piece is completed, whether it’s a drawing, a photograph, a comic strip or a short text, it goes public — via social media. Becoming a subject of the public realm, these works turn into something bigger. They become an evidence, an artifact, a document of the state of mind. Perhaps, these works have already gained a status of the most sincere and certainly undeniable documentation of the experience: the one of trauma, of anger and, yet, of sheer courage, too. Ukrainian users of popular social networks gather around these artworks virtually, exchange thoughts, and create new narratives. Together, these sequences of artworks create a sort of agora, a meeting point, a piazza.

Piazza’s space was created by Dana Kosmina, artist and architect, and embodies a balance of stability and fluidity. This place has a centre and a regular structure, but it is a constantly changing exhibition, where posters are layered on each other, and conversations about the urgent state of the world before and after the war are continuously updated. Piazza Ucraina is built around a monument tightly covered with sandbags — a reference to the widespread wartime practice in Ukrainian cities of protecting public art from shelling.

The Wartime Art Archive was compiled by the Ukrainian Emergency Art Fund (UEAF) team. Ukrainian Emergency Art Fund is a foundation to support artists and cultural workers during the war and afterwards. It was established by MOCA NGO together with independent media Zaborona, The Naked Room gallery and cultural institution Mystetskyi Arsenal. The fund accumulates charity resources, information on available programs, and other opportunities of Ukrainian and foreign institutions to support Ukrainian independent artists, curators, art managers, researchers and non-governmental cultural initiatives. Learn more and donate at https://ueaf.moca.org.ua.

Wartime art is also another answer to the three questions of Cecilia Alemani, offered in the statement of The Milk of Dreams. Artists in Ukraine and Ukrainian artists outside the country are experiencing human change. And together with this experience, they have their own vision of the human body and its metamorphosis, the relationship between individuals and technologies, between the body and the Earth. For months, human bodies have been shaking along with the walls of their homes and cities. Every day technologies kill and protect also. Every day, human relationships with plants, animals, earth and non-humans change or strengthen, and this is not a dream.