Klassiki Membership: a unique gift for film fans this Christmas

A new streaming platform, launched just this year, has a membership option that is the perfect Christmas gift for the film buff in your life. And there’s no need to trawl round the shops as it takes only a moment to purchase online.

Klassiki, which launched this spring, is a video-on-demand (VOD) streaming platform showcasing rare gems from Russia, Central Asia and the Caucasus. Boasting titles that range from silent film classics like Battleship Potemkin and Dovzhenko’s Earth, to post-Soviet award-winners like Zvyagintsev’s Elena and Eduard Novikov’s The Lord Eagle, it is the ultimate gift for cineastes and film buffs. 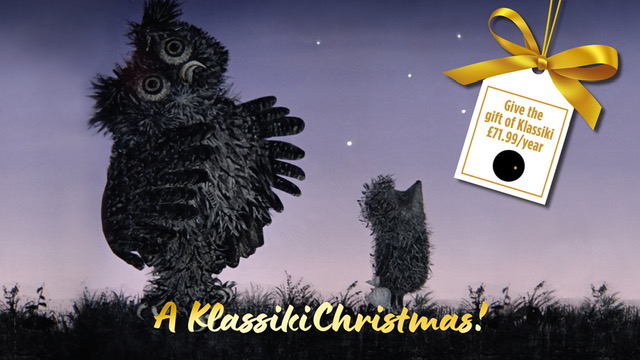 Available to customers in the UK and Ireland, the holiday gift subscription, a year-long membership, gives recipients full access to Klassiki’s permanent library of films, as well as exclusive Pick of the Week titles, all of which have been local blockbusters or garnered international acclaim on the film festival circuit and are exclusively available via Klassiki as they have no UK distribution. All films available on the platform, including Pick of the Week titles, are accompanied by English subtitles and contextualised programme notes.

Each film is supplemented by a More to Explore section, with complementary materials and academic bibliographies. And alongside these curatorial extras, many weekly screenings have live director Q&As and cast interviews, as well as deep-dive essays into key individuals and films in the Klassiki journal. Past live interviews have featured introductions to films by the likes of Ralph Fiennes, Aleksei German Jr, Aleksandr Kuznetsov, Gleb Panfilov, Valeria Gai Germanika, Alisa Khazanova and others. All Klassiki films are legally licensed, fairly paid and advert free.

The service was created by the Kino Klassika Foundation, an organisation founded in 2015 to spotlight the legacy of Russian film to new audiences outside of Russia, as well as to increase the visibility of the area’s remarkable stories.

The organisation’s founder, actress Justine Waddell, said: “Whether you’re celebrating Christmas in the UK on December 25th, or Russian Christmas on January 7th, this gift is designed to open up a new world of cinema, and with our simple to use online process, it can be done in minutes.Russian cinema is a treasure trove; but the films can be difficult to find. We are changing that and our audience members really respond to the richness, diversity and care with which we curate our offering”.