Our new contributor, Lefteris Makedonas, is bringing to your attention the review of two Soviet sci-fi movies screened during the 61st Thessaloniki International Film Festival in 2020. Today we will share the first one on well-known “Kin-dza-dza!” (1986) by Georgiy Daneliya. 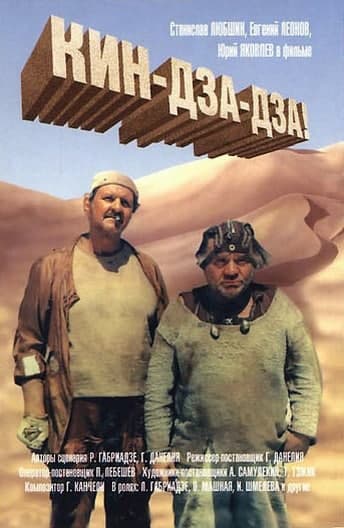 Vladimir, a Muscovite working in the constructions sector has gone out to buy some pasta. He meets Gedevan, a Georgian adolescent who asks for his help with a weird ragged old man claiming to be an extraterrestrial. The old man asks Vladimir whether he knows what this planet’s ‘tentura’ is, so that he can get back to his own planet. Vladimir wryly fleers at him, while he presses one of the buttons on the strange device the old man is holding and, within a second, he and Gedevan are beamed up to the old man’s planet ‘Pluke’ of the ‘Kin-tza-tza’ galaxy. There, they soon meet two of the Pluke’s bizarre inhabitants, Wef and Bi.

First off, Pluke has been destroyed much time ago, most probably due to a nuclear catastrophe. The erstwhile oceans have disappeared, water has vanished overall and converted into ‘luts’ – a kind of fuel. But scarcity, as we know, frequently leads to black market and exploitation phenomena. Water scarcity in Pluke has led to extreme forms of social inequality and stratification. The society is basically divided into two strata: one comprising those who owe the power and the economic means necessary for the transformation of luts into water; and another one consisting of the populace, all those who do not possess any economic or social power whatsoever, and are thus obliged to work like helots in the big factories of mass water production.

The black market of plastic food, water and every imaginable kind of useless junk flourishes, carried out by a multitude of armed gangs frequently perpetrating violence and theft against their unarmed, non-organized and in all respects far weaker counterparties. The Plukanians are constantly engaged in a feverish exchange of countless pieces of dreck of which the most valuable seems to be ‘ketse’ – what we commonly know as matches.

For the Plukanians too, the same twofold Lockean principle seems to hold, namely, that: a) “… every Man should have as much [Land] as he could make use of… since there is Land enough in the World to suffice double the Inhabitants”[i], and b) with the important note, however, that this idyllic image came to its abrupt end with the appearance of money, with the use of which it was now possible that “… a man may fairly possess more land than he himself can use the product of, by receiving in exchange for the overplus, Gold and Silver, which may be hoarded up without injury to any one.”[ii] 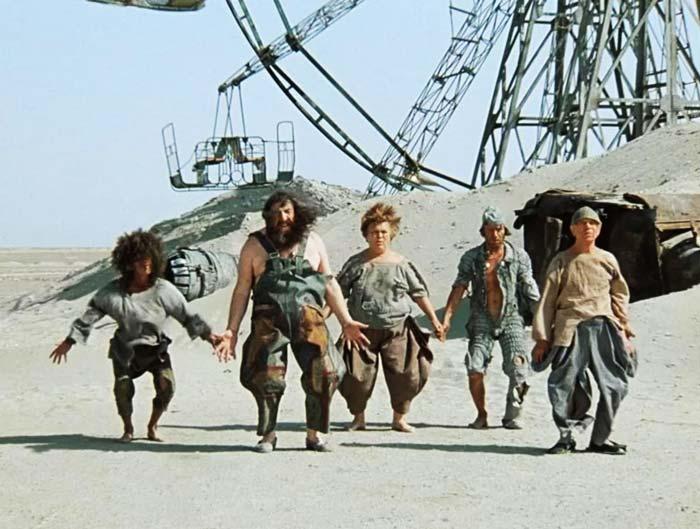 Yes, Vladimir and Gedevan were right when they exclaimed upon their arrival to the planet: “A capitalist country!”[iii]Pluke’s society is a capitalist, monetized, and consumerist one. All of the ingredients of a typical capitalist-consumerist society are present here: unequal capital accumulation and wealth distribution, the deification of money, man’s subjugation to the fetishistic mirage of the commodity, and the political manifestation of the aforementioned traits in the form of a totalitarian regime. First, complete ‘freedom’ for everyone to acquire as much ‘Land’ as he can make use of, then the appearance of money, then, according to some magical formula which Locke never deemed necessary to explain to us sufficiently, the inalienable right (of the few) to accumulate even more ‘Land’, far beyond their own needs, with the mediation of money, and finally disproportionate wealth accumulation and concentration of power in a few hands. The vicious circle of inequality creation and perpetuation has been legitimized here too based on the same Lockean terms valid on Earth.

But Pluke’s society is also a society given in to the spectacle. The only means of subsistence left for the dispossessed is to endlessly wander about the desertic surface of Pluke, offering occasionally to the more prosperous ones a pathetic kind of show consisting in dancing in a ridiculous manner while singing some extremely cacophonous ‘songs’, which paradoxically, have a bewitching effect on the Plukanians. When the show is over, the audience approach, they kick and hit the poor ‘artists’, finally throwing some chicken feed on the sand which they obsequiously bend and pick it. On Pluke too, as on Earth, the same deification of the spectacle makes itself obvious as the apex of a society that has consecrated cruelty, antagonism, money and power; as the ultimate triumph of human – in this case Plukanian – superficiality and utter stupidity.

When after a long series of surreal adventures on Pluke – alluding to the absurd, at times grotesque, and even dreadful world of a Beckett or a Kafka – Vladimir and Gedevan will finally manage to travel back to their beloved Earth, they are transferred at a point in time which slightly precedes the one when it all started. There is no ragged old man on the sidewalk this time. But suddenly, Vladimir hears Gedevan yelling out in surprise: “Uncle Vova, uncle Vova”! He turns back and, as if out of a dream, he recognizes Gedevan. Finally, it has not been just a nightmare, but rather a real – as flesh and blood – trip of the two to a distant and inhospitable planet. Or has it rather been a trip into our own earthly future? Could it be that Pluke is in fact Earth, simply unrecognizable after the imminent catastrophe?

Because, if we look at it a little bit closer, life on Pluke does not significantly differ from our own lives on Earth. Thirty five years after the movie premiered, humanity is still facing the danger of a disaster similar to the one that most probably hit Pluke. Today still, – perhaps more than ever, – we do not unfortunately have the slightest evidence that the humans are going to be less violent, domineering, acquisitive, greedy, racist, exploitative, insensitive and animalistic than the Plukanians are. And love – of which Vladimir seemed to have only momentaneous glimpses when time and again he tried to save the lives of his poor Plukanian mates endangering his much desired return to Earth – still sounds today for us the Earthlings like an improbable scenario of some imaginative sci-fi movie. 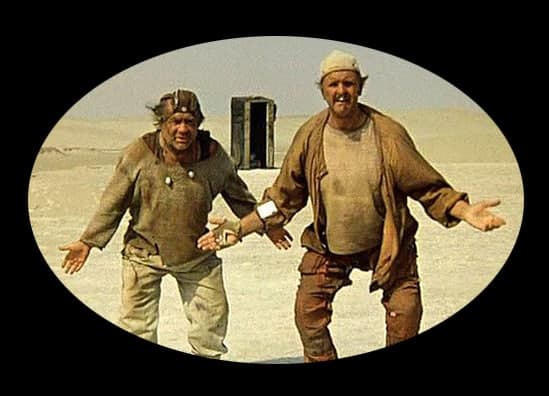 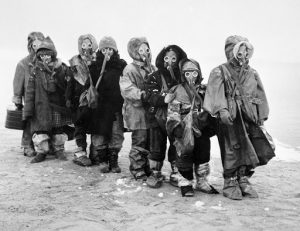