Two Czech operas recently appeared in two European opera houses – firstly, Dvořák’s ‘Rusalka’ had its run at Opera Bastille in Paris, and then Janáček’s ‘Kát’a Kabanová’ premiered in the Royal Opera House in London. Seemingly quite different, they both have a tragic fate of a female creature (we would not dare hesitate calling Rusalka a Woman) whose love is forbidden, goes against the social expectations and doomed to fail. The border separating the woman from her loved one could be between the underwater and human worlds, or position inself in the rules of conservative society. In both cases a tragic plight of a woman in love that can’t resist following her heart becomes the operas’ central drive. They both have their main heroines in their titles leaving no questions as in whom we should invest our attention and compassion. They do not have Prince or Boris in their titles as ‘Tristan and Isolde’ does – it is just about her, the loving and suffering, beautifully poetic main heroine.

Interestingly, both have connections with literature – libretto of ‘Rusalka’ (1900-1901) (written by Jaroslav Kvapil) uses the fairytales of Czech writers Karel Jaromir Erben and Božena Němcová and is based on Slavic mythology. Its character Ježibaba would immediately be recognized by Russian audiences as our own Baba-Yaga. In the course of the performance she even mentions roasting and eating a small boy at one point, an activity Babka-Yezhka is known for in Russian fairy tales. Janáček’s «Kát’a Kabanová» (1920-1921) is based on Alexandr Ostrovsky’s play ‘The Thunderstorm’. The composer contacted the play’s translator into Czech Vincenc Červinka for a libretto. For the 67-year old composer it was his own brave perseverance in loving a young woman, his muse Kamila Stösslová, that was mirrored in its heroine’s tragic and poetic love. He always imagined his own Kamila being Kát’a of the opera, getting the inspiration from reviving her image in his head and conferring to the woman boundless qualities of ‘ewig weibliche’. 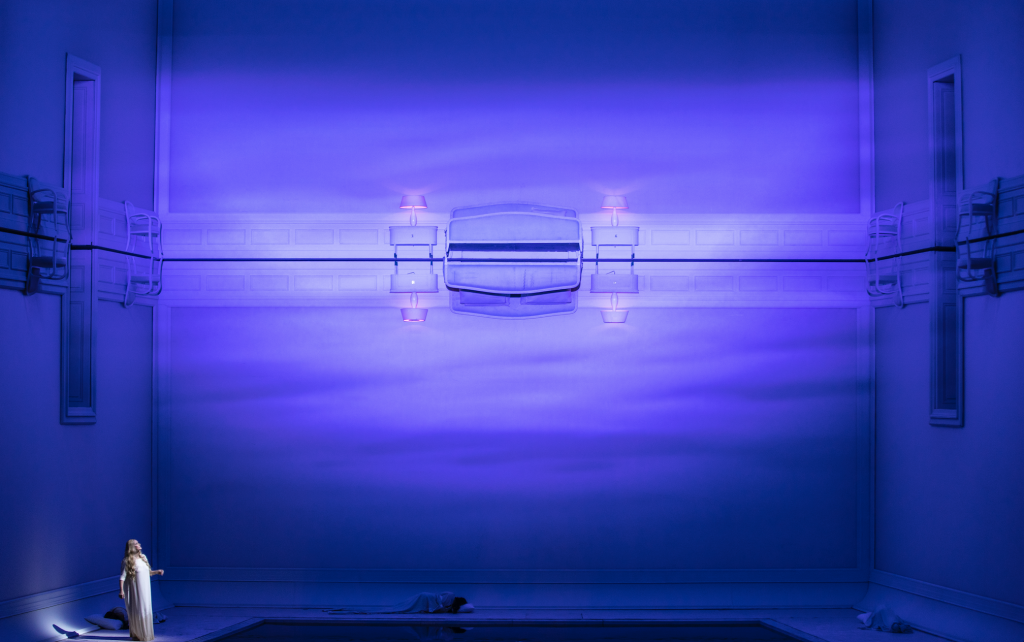 Opera de Paris revived Robert Carsen’s incredibly poetic and inventive production with quite an astounding new musical creative team including a trio of Finnish artists: the conductor Susanna Mälkki, soprano Camilla Nylund in the title role and soprano Karita Mattila as her rival, Foreign princess. The amazing cast also includes tenor Klaus Florian Fogt as the Prince, and American mezzo-soprano Michelle deYoung as a magician Ježibaba who can empower Rusalka to join the humans. The plot is quite simple and actually has a relatively happy ending – after joining the humans to be with her beloved Prince (losing her speech in the process) Rusalka finds herself unwanted, as the Prince is besotted by another woman’s charms. When she goes back to underwater kingdom and refuses to kill the Prince (Ježibaba’s advice), she suddenly meets the Prince desperately looking for her. The third act becomes a declaration of mutual love that becomes impossible as by kissing her he will die. One is reminded strongly of Debussy’s ‘Pelléas et Mélisande’ that premiered only a year afterwards where the pair of doomed lovers is allowed one kiss in the end. 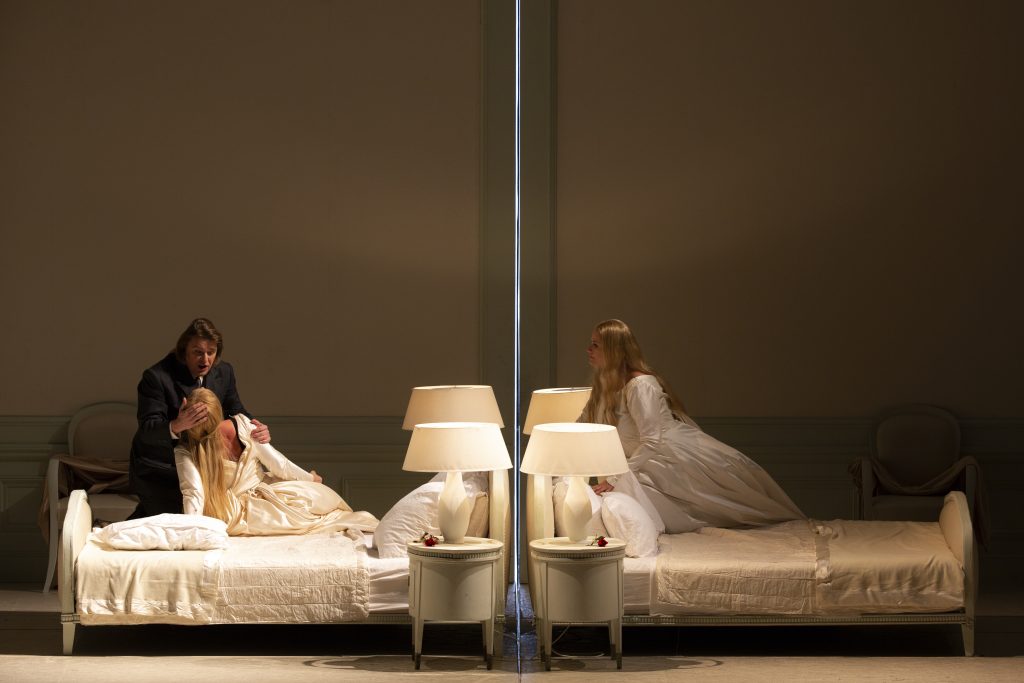 The set of this production is so magnificent it threatens to steal the viewer’s attention from singers and the music. Carsen makes a very wise and simple decision – he plays around the idea of constant doubles, be it the water and reflection, the desired and the reality, magic dreams and human plots and machinations, or love and death, the world of happiness and the world of sorrow. The stage is physically divded in two all the time – in the first act we see chairs of the underwater palace hanging upside down near the ceilings, as they are ‘reflected’ in water. In the second act Carsen makes the supporting cast double the main singers, so viewers have to make a conscious choice of who is real and who is not. This is what ‘Rusalka’ is all about – how to recognize the true love if it is surrounded by fake doubles? Again, Maurice Maeterlinck, the author of the play Pelléas et Mélisande’, comes to mind – his famous play ‘The Blue Bird’ (that Stanislavsky put on at the Arts Theatre) is also about finding the true and the only blue bird among its multiple copies.

Camilla Nylund is spectacular in a title role. Her voice, her musical and physical presence, her grace and beauty, her white billowing dress make us constantly believe she is an unearthly divine creature. She never ceases being one and Nylund’s arias in the first and third acts will stay with the listener forever. Klaus Florian Vogt is her excellent partner in the third act, while Michelle DeYoung and Karita Mattila are both stunning in their respective appearances. Susanna Mälkki’s musical directorship is refreshing, attentive to changes of mood, demanding of the orchestra and always extremely supportive of her singers. A thorough delight to have been there and witnessed it – the opera is a revelation that cleanses the soul, fills the audience’s hearts with poetry, light, reflections, music and giving us strength to live. 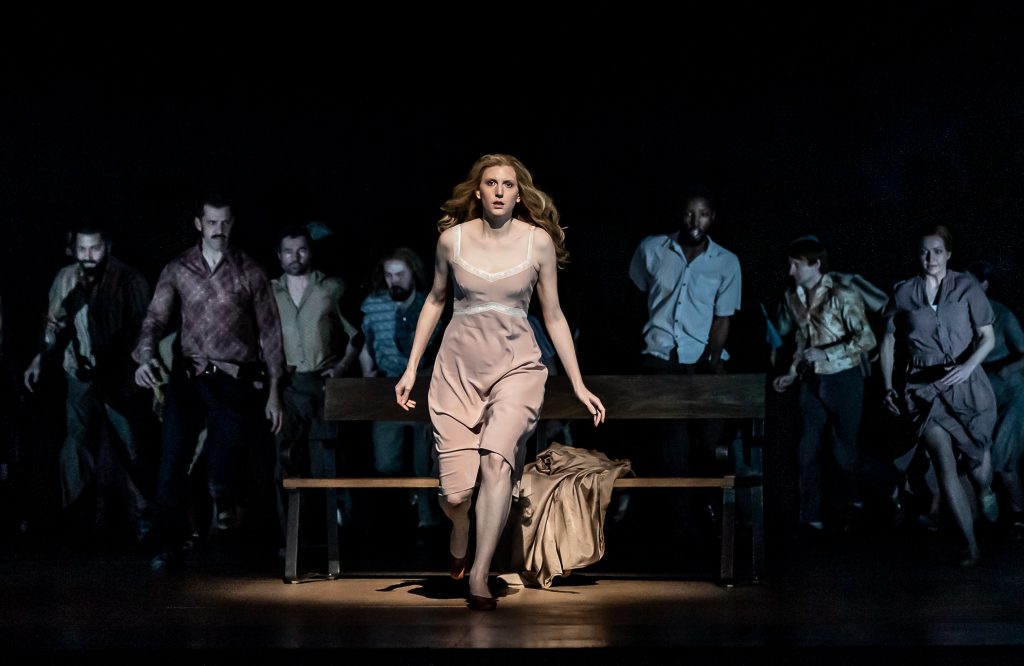 Janáček’s ‘Kát’a Kabanová’at the Royal Opera House was quite a different matter. Its director Richard Jones sets it in typical Soviet stagnant atmosphere of the 1960s – probably, just at the time of Prague spring. Cupboards filled with Soviet trinkets make the home scenes suffocating. The space of home itself deliberately takes only half the stage. When this space is made open, the freedom of the street is immediately felt as it is in the beautiful scene where Varvara (Emily Edmonds) invites Katerina (Amanda Majeski) to have fun outside (the key is stolen) and two couples (Kudrjáš and Varya, Katerina and Boris) enjoy the brief moments of happiness. However, the designer Antony McDonald could have added more hidden poetry to his set as he leaves it to Amanda Majeski to ignite the production with her incredibly tragic and beautiful love and longing. 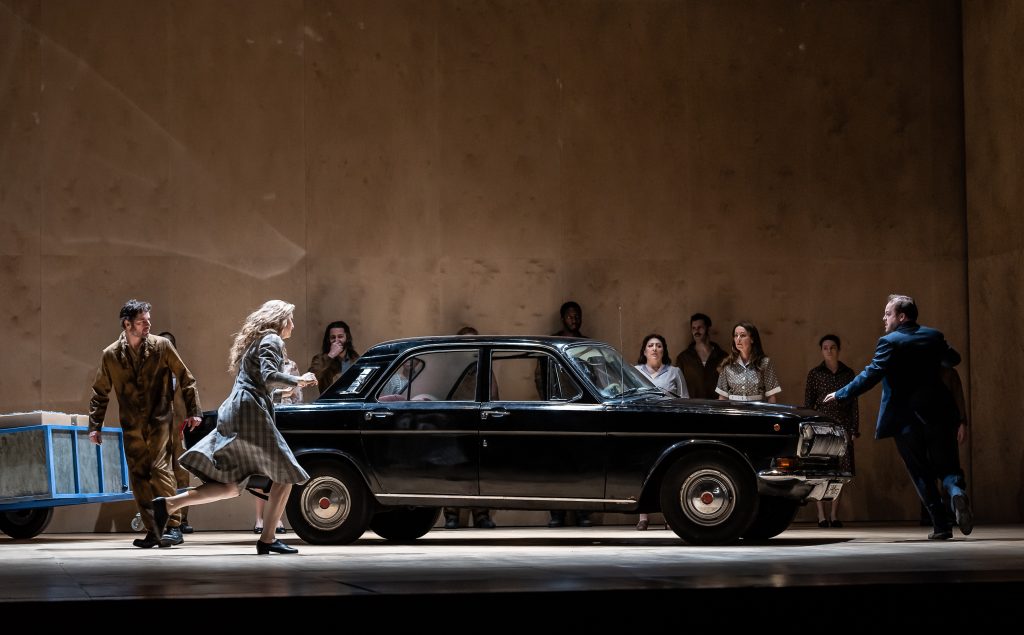 Strangely to our Russian mind (where the knowledge of Ostrovsky’s The Thunderstorm keeps it far from the laughing matter) there were many laughs in the audience – especially at the moments when Kabanová the mother (Susan Bickley) chided her son Tichon Kabanov (Andrew Staples) with the incongruity of remarks like ‘She should fear her own husband’ or ‘You should mourn your husband’s departure’ too striking as the opera is set in mid-20thcentury. That did not sound funny in Ostrovsky’s play as the playwright creates a world plagued with fear, unfairness, strange rules and inescapability of disaster caused by disobedience to these rules, with the sense of the whole order producing them being perceptibly fragile and crumbling. In theory, the director might have envisioned the same effect, with Soviet system having its last refuge in the bourgeois and stiffling banality reproduced in the opera, but it was not expressed effectively. The thunderstorm was very spectacularly made with the lightning coming out of the top chandelier which allowed the amphitheatre audience to have more fun observing than the rest of the Royal Opera House. The star of the evening was Amanda Majeski singing the title role. The whole poetry of the evening depended on thrusting lines of her soprano and she performed the task perfectly. Edward Gardner in the conductor’s pit was also extraordinary with Janáček’s folk songs and motives exquisitely highlighted and the dynamics of the immensely lyrical score powerfully reflected by the orchestra. With the production and its set avoiding being too lyrical, the opera’s poetical side had to retreat to music as it was the case with ROH’s another Janáček’s production ‘From the House of the Dead’ last year. But overall, it gave some new exotic experiences to the audiences while coming close to discovering the recesses of our Slavic soul to the West. 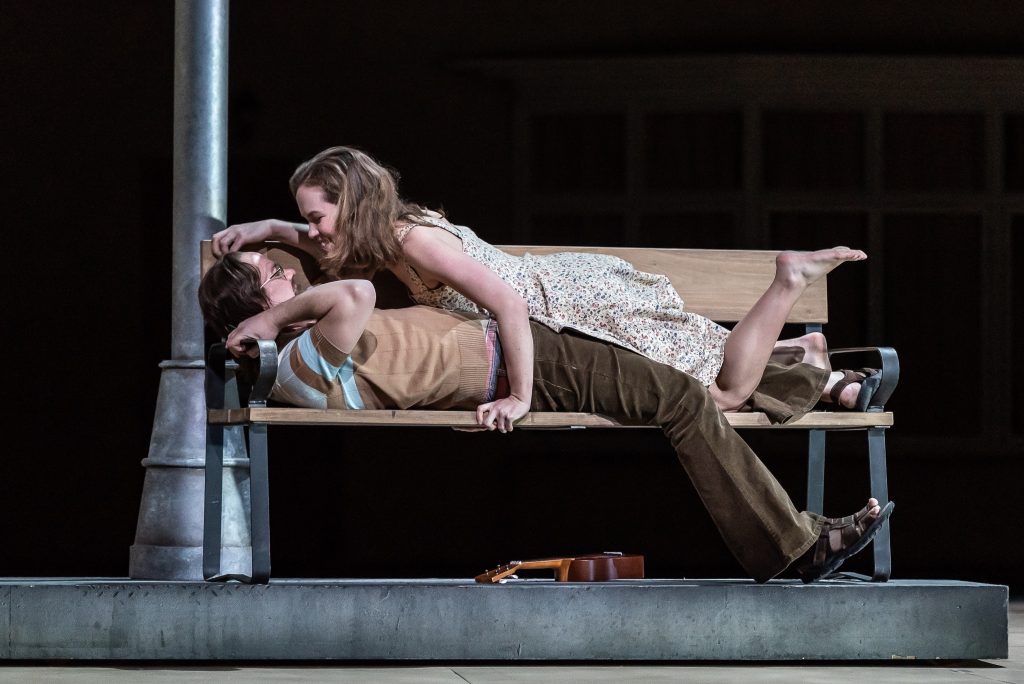 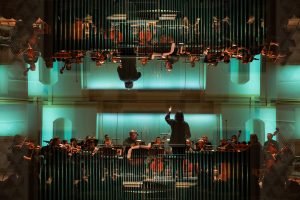 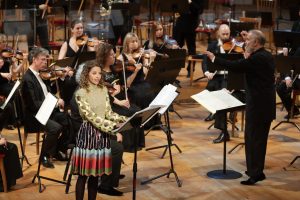