Even 100 years after Nijinsky’s relinquishing his artistic career as the most famous gravity-defying dancer of the Ballets Russes (and as some still believe, the best male dancer in the ballet history), his story continues to thrill and compel. Chronologically, Nijinsky’s last public performance took place on 30 September at a Red Cross benefit in Montevideo. He was accompanied by Arthur Rubinstein, one of the greatest pianists of his time. Nijinsky kept delaying his appearance until after midnight, and when he came on stage, he looked, in Rubinstein’s words, “even sadder than when he danced the death of Petrushka”. He performed some steps to Chopin which made Rubinstein burst into tears. That was the end of the spectacular career. Nijinsky was only 28 when he began sinking into a mental disorder, which is now considered to be schizophrenia.  With the passing of time he became the epitome of the artist tormented by his inner conflicts and destroyed by the entertainment industry, a misunderstood creative rebel ahead of his time (Nijinsky, as both dancer and especially, choreographer, was amongst those pushing ballet into modernism). 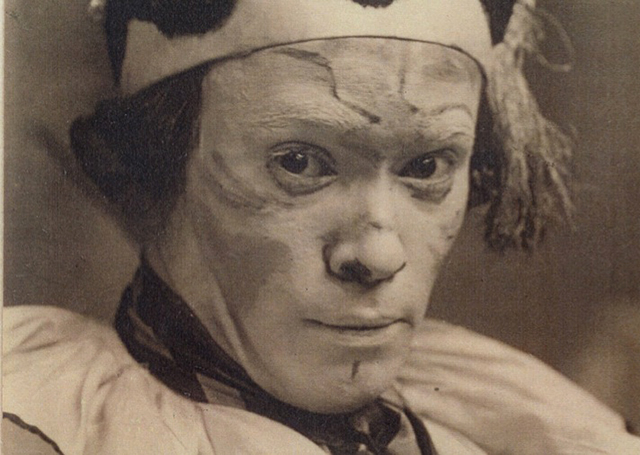 He began writing his famous diaries from 19 January 2019.  He titled them sequentially ‘Feeling, Life and Death’. They contained some of his most profound observations and feelings. For instance, his first diary contained sensory details, complex awareness, feelings, fragments of memory and conversations. According to researcher and dance critic, Joan Acocella, “the diary he wrote from 19 January to 4 March 1919 is the record of his thoughts as that was happening. To my knowledge, it is the only sustained, on-the-spot, written account, by a major artist, of the experience of entering psychosis. Other important artists have gone mad – Holderlin, Schumann, Nietzsche, Van Gogh, Artaud – but none of them left us a record like this”.

Nijinsky’s diary – an intimate account of a mind sinking into psychosis — has inspired various cinema accounts, powerful poetry (as in W H Auden’s September 1, 1939or Frank Bidart’s The War of Vaslav Nijinsky“) and outstanding choreography (as in M. Bejart’s The Clown of God, or the recent J. Neumeier’s ballet Nijinsky). 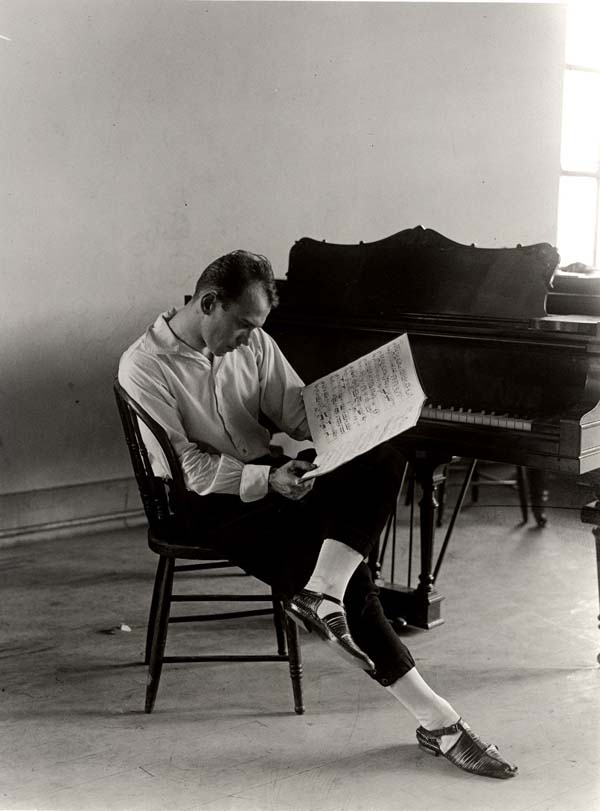 It is probably, not surprising that with such profuse and not much explored material, curator Kate Tiernan’s project God Only Knows is entirely inspired by the last Nijinski’s performance and draws extensively on his iconic diaries. In order to achieve this sense of documentality, Kate joined forces with archaeologist James Dixon. Their goal was, through the process of archaeological application, to take the past and examine it event by event, action by action, fully understanding and recording each one before moving on to the next. Events are turned into a linear series of actions, some human and some natural, by which the performers and viewers move logically and step-by-step, from the present to the past. This highly original project debuted in London at the Tate Staff Biennale between 28th August and 3rd September.

As we believe, it is an important project, artistically and scientifically, it was impossible not to question Kate Tiernan on that. 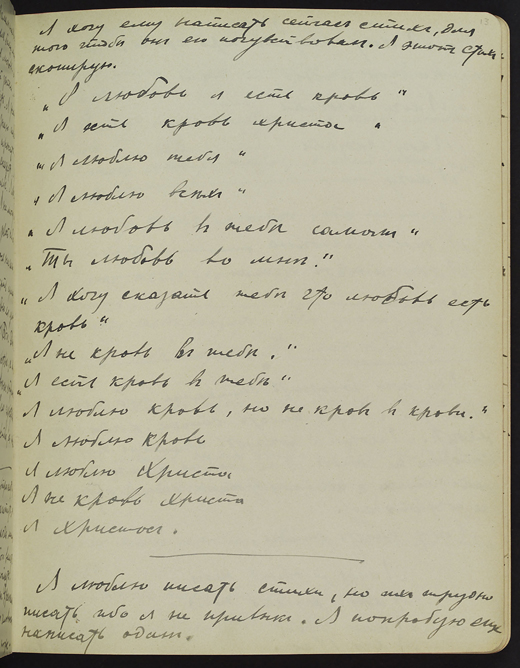 Why was Nijinsky chosen as subject of your study and performance? What does his case stand for?

Nijinsky and the legacy of work he made has had a lasting and significant impact on the dance world, as well as in medical research. Nijinsky was a multi-disciplinary artist as choreographer, dancer, and painter while simultaneously being a prolific writer later in life from 1919. It was whilst working on a show at The Museum of The Mind that I first learnt of his detailed and patterned drawing, and the relationship between the symbolic motif of the ‘all seeing eyes’ and the Christian fish symbol. These drawings could be seen to have a direct relationship to his writing. This connection of movement, dance, text and drawing I found fascinating. This has subsequently informed the creative structure of God Only Knows through text, performance and sound design.

I’m fortunate enough to be in touch with the researcher and neurologist Dr E. Fernandez-Egea who’s research interests are mostly the biological and clinical aspects of chronic schizophrenia. He studies treatment resistant schizophrenia from different angles, including studies on biomarkers (metabolism, immunity and inflammation), clinical epidemiology, interaction between physical and mental health and clinical trials with new interventions (both pharmacological and non-pharmacological). The main lines of research are: 1) the link between metabolic abnormalities and schizophrenia, 2) the understanding of negative symptoms and, 3) uncommon antipsychotic-induced side effects (i.e. compulsive behaviour). Dr E. Fernandez-Egea wrote a report and talk on Nijinsky and blog entry for the Oxford University Press. 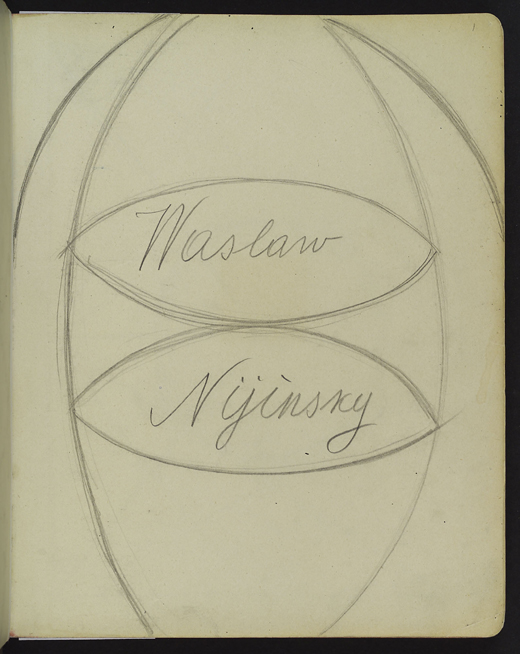 Well, you do not just glide across the surface but approach the whole issue in depth. How did this rather unusual but logical idea to use the archaeological approach occur to you?

This came about through the previous work I have done with archaeologist James Dixon, including us setting up the collaboration Centre for Social Archaeology. When I was thinking about this new project, it felt like a natural progression to include an archaeological methodology and apply it to the performance inspired by a historic act that is largely un-documented. We also wanted to work with a contemporary artist and look at the relevance that Nijinsky’s tragedy continues to have today. The text commission was an important way of having an artist’s voice and response to this today (here we refer to artist Kim represented by The Bethlem Gallery).

The “Diaries” of Nijinsky is one of the profoundest inner artistic documents that I have ever encountered. How, do you think, performance and music, communicate this to the person who learns of Nijinsky’s mental breakdown and his subsequent fate for the first time?

A single movement or gesture can contain a thousand words, as can the pitch and resonance of a single sound. These layers allow an ambiguity and liminality for the audience to enter into the world, which is in front of them, both physically and psychologically. The performance at Tate Exchange was on a 20-minute loop, as the dancer’s repetition becomes an almost ritualistic act for those watching: his strong body gets tired, weary, sweaty and the cloth becomes entangled, ripped and takes on its own physicality. It is likely at the time of Nijinsky’s performing in 1919, that he could have been suffering with Post Traumatic Stress Disorder (PTSD) — an invisible inner world of re-living the violent traumas of WW1. The performance and music prompt an empathy in us, as we watch and hear sounds:  a ball being beaten around a squash court, echoing into an unrelenting gun fire, thunder, rainfall, and a monastic choir that silences the chaos. 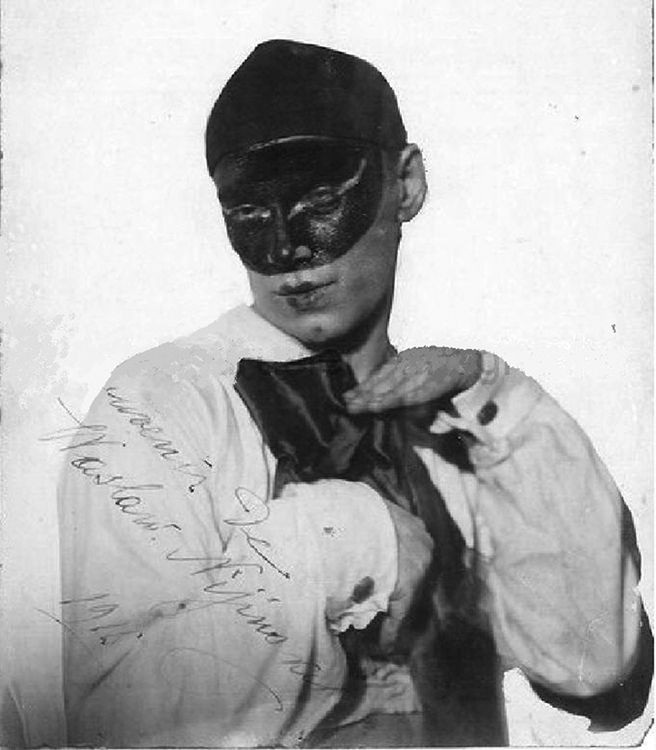 Vaslav Nijinsky as Harlequin in Carnaval, 1915.

Perhaps, the first person to get seriously fascinated with this stage of Nijinsky’s life was the film director Paul Cox who filmed The Diaries of Vaslav Nijinsky in 2001. Do you refer to his interpretation or not?

An incredible film, I watched it as part of researching on Nijinsky.

After the Tate Biennale, do you plan any further performances / events/ programmes in London or beyond?

We’re looking for opportunities to further develop and present the piece again, both in the UK and internationally, as a live performance, and possibly, a video installation.