Kabakov’s Time. How “On Art” Lays Down Another Stone in the Making of a Legacy.

Just over a month ago, in December 2018, Chicago University Press published On Art, a compilation of writing by Russian conceptual artist Ilya Kabakov. Not only does the book offer “for the first time in English the most significant texts written by Kabakov,” it is the first volume of its kind in any language. The publication of the book seems to fall in line with a few other significant events surrounding the artist. On September 30, 2018 Ilya Kabakov turned 85 years old. Earlier that month, Anton Zhelnov’s film Poor Folk. Kabakovs premiered at Garage Museum of Contemporary Art in Moscow. A day after the premier of the film, a retrospective exhibit titled Ilya and Emilia Kabakov. Not Everyone Will Be Taken Into the Future opened at the Tretyakov Gallery. Although Kabakov’s name might not permeate the air as do the names of Picasso or Malevich, there is a particular interest surrounding Kabakov and his work. Not only has the artist’s work been displayed in some of the world’s most important museums (Tate, Guggenheim, the Hermitage to name a few), his work is also valued as the most expensive of any living Russian artist. 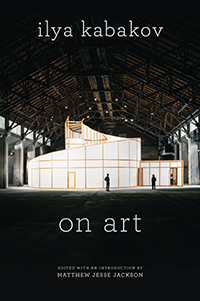 From drawings, to “albums,” paintings, to “total” installations Kabakov’s art has simultaneously a mystic and utterly real tone to it. Ranging from the cosmic-inspired unknown to utterly mundane subject-matter it is the work that still feels perplexing and “other” to many viewers. And right or wrong, we, the viewers, are hungry to understand, to know what it means, to fit Kabakov’s work into our frame of reference.

Our desire to understand Kabakov’s work is the first of two reasons underlying the significant Kabakov-related events of the past year. We know what it means for a person to be 85 years old—there isn’t much time yet. It seems as though this has created some urgency and a desire to surround him in a hushed aura, no interruption, not daring to squander the opportunity to hear what the artist has to say. In the preface to On Art, editor Matthew Jesse Jackson writes, “It has been my goal as editor to allow readers to focus on the texts themselves, with minimal framing or exercises.” 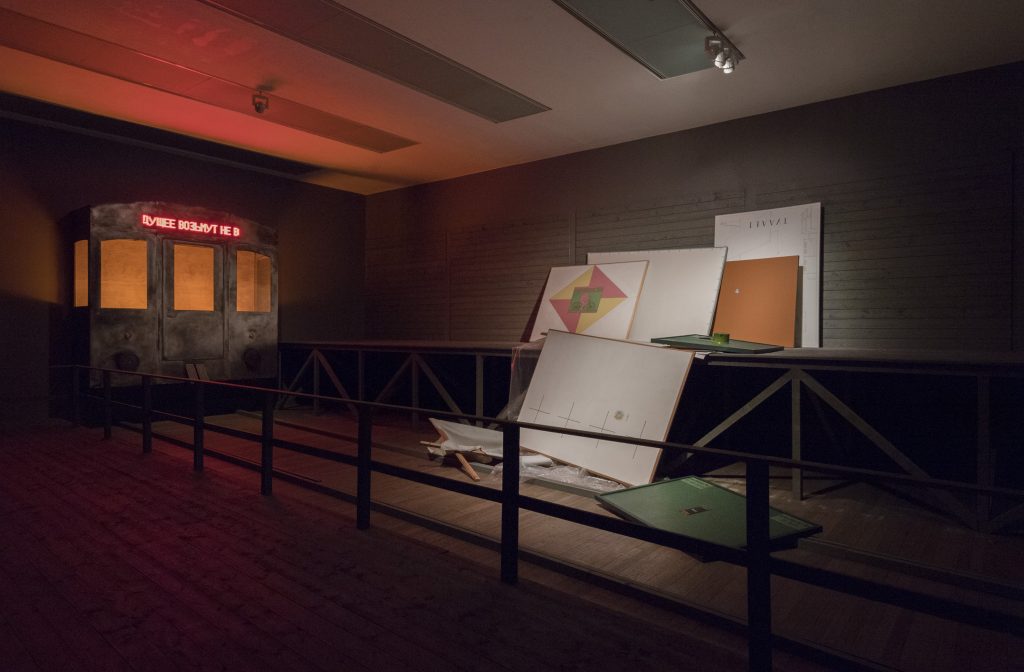 Ilya Kabakov. Not everyone will be taken into the future. Collection of MAC, Vienna. © Ilya and Emilia Kabakov Photo © Tate (Andrew Dunkley)

The book contains a range of Kabakovs writing from the 1980 through 2009. Not only do the writings span a large time-frame of the artist’s career, they also span wide in genre and intended audience: from two-page essays meant to be shared with close friends, longer memoir-writings, recalling his artistic process and the influences of the time, written after immigration, to a satirical poem, dialogs with Mikhail Epstein, and more. Although the book contains footnotes dating the dozens of artists referenced by Kabakov and pictures of his works (unfortunately not in color), the book can feel dense and scholarly, hard to engage with for someone without some prior knowledge of Russian art and the contemporary landscape. The reader might find himself turning to the internet for more photographs, as well as biographical and historical context. Holding true to the editorial intentions, each excerpt is prefaced with only a couple sentences of context from Jackson. The goal is reached: we hear Kabakov’s voice. As we dive into the writings, Kabakov reveals himself as a sensitive spirit, observing himself, art, the world, and compelled by something within himself, to create. As a result, the book, while maintaining the thickness of philosophical musings, feels intimate and honest. 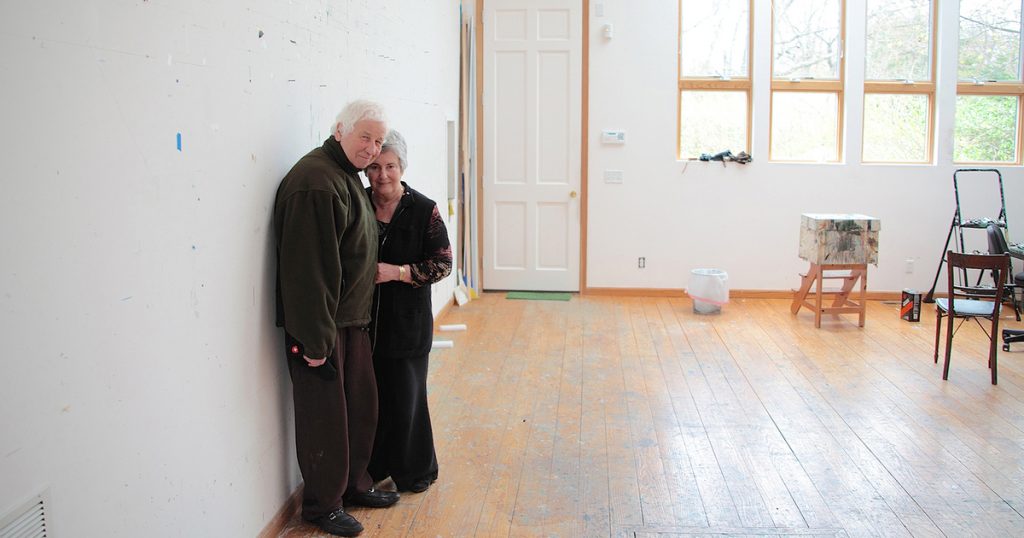 Something similar can be said of Poor Folk. Perhaps better described as a prolonged interview with Kabakov than a documentary, the film becomes an opportunity for the artist to speak, to share vignettes from his life, recollections of old studios, and, importantly, insights into his work and the way he sees the world. The only one allowed to speak into that narrative, the only other voice we hear in the film, is that of Ilya’s wife, Emilia, who became not only a spouse, but a collaborator, and is yoked to him in a truly sacred and beautiful union.

In an interview with Moscow.FM, film director Zhelnov proposed that Kabkov himself was ready for this kind of project, ready to speak. And this is the second important piece to milestone Kabakov-events of 2018. Here I turn to the recent exhibit at the Tretyakov Gallery, Not Everyone Will Be Taken Into the Future. In 1983, Kabakov wrote a short essay with the same title. Featured in On Artthis essay asks, “how is a ticket to be bought for this departing train [to the future]?” Will Kabakov and his work be taken into the future of art or will he be forgotten? Kabakov writes, “…only a few will be taken—the best, those whom the headmaster chooses—and he knows whom. It is also impossible to remain. Everything will be shut up and sealed off after the “Supremes” fly away into the future.” Looking at the work featured in the retrospective exhibit we, along with Kabakov, ponder the looming question: will the artist be taken into the future? It wouldn’t be a stretch to say that the film and book are stones laid by the artist for that purpose of building up his legacy. But will it work? Will Kabakov be taken into the future? We haven’t yet answered that question. And quite likely it isn’t our place to do so. There will be time for all things. But this is still Kabakov’s time.