Jean Dawnay’s life as a Dior Model in the 1950s

Join English-Speaking Union for an audience with Katya Galitzine who will deliver a fascinating talk about her mother, Jean Dawnay’s, life as a Dior model, followed by a Champagne lunch and a short recital of Tchaikovsky’s “Andante maestoso” from Nutcracker Suite by Russian pianist Yulia Chaplina. 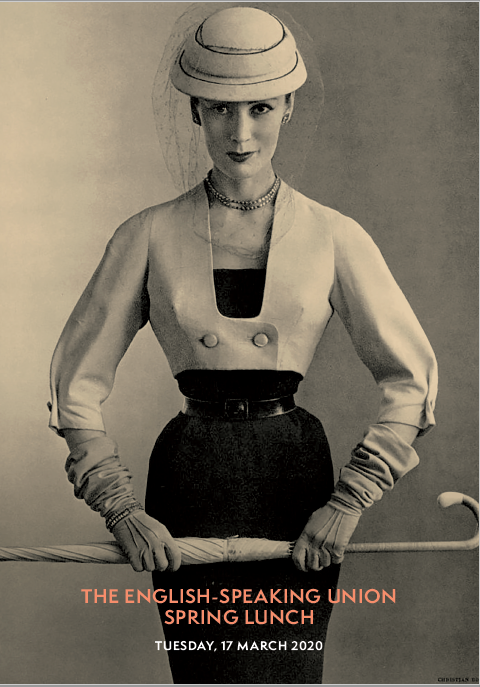 Jean Dawnay, or ‘Caroline’ as she was known, was a house model for Dior during the years 1949 – 50. Her transformation from ‘frumpy’ post-war English model to polished Dior mannequin saw her become one of the original supermodels, later she married Prince George Galitzine. Her daughter, Katya Galitzine, will discuss her Mother’s Dior years, the infamous British fashion shows and her fondness for Christian Dior, himself.

This event will support the vital charitable mission of the English-Speaking Union giving young people the speaking and listening skills and cultural understanding they need to thrive.