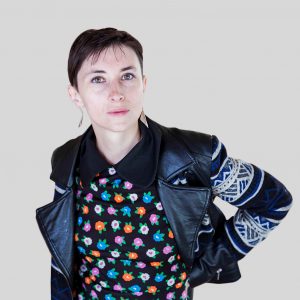 The following interview was conducted via email by Emily Couch. The answers were translated from Russian into English by Emily Couch and Irina Kukota.

You recently collaborated with Pushkin House in London to create the exhibition ‘On the Eve’ which featured your drawings of Russian grassroots movements from LGBTQ activists to Russian truck drivers protesting the ‘Plato’ toll system. What does it mean to you to bring these untold stories of Russia to a UK audience?

Such an exhibition, combining work on the lives of isolated social groups and current civilian protest would be unusual even for a Russian audience. Unfortunately, up until now, the majority of people in Russia get a representation of their own country exclusively from TV, where only content that is beneficial to the authorities appears. While a Western audience learns from their media that Russia is a dangerous country ruled by the evil tsar Putin, the Russian audience learns from television that Russia is surrounded by enemies and that only the benevolent Putin can save them from America and Europe. One can’t help asking: ‘But who apart from Putin still lives in Russia?’ My work answers this question.

I draw the stories of ordinary people for ordinary people. I think that stories of social inequality, of the provinces, of isolation, and of attempts to fight for one’s civil rights can be understood by viewers of any nationality.

As part of ‘On the Eve’, you painted several temporary murals on the walls of Pushkin House. How did it feel to create works of art that would only exist for a short time?

I feel calm about it – I’m sure that there will come a time when I will be asked to create permanent paintings. For me, frescos (wall paintings) are the realm of experimentation. The first fresco I created was just over a year ago for a personal exhibition in New York – it was black and white. After that, I created more significant and colourful frescoes in Manchester and Oldenburg. Pushkin House was only my fourth time working on a large scale. This time, the task before me was to link a whole array of small frescoes into a united visual and conceptual context.

It should be said that, in some form, the frescoes will be kept. Elena Sudakova from the gallery ‘Grad’ suggested to Pushkin House that they use Augmented Reality so that visitors can project the frescoes onto the empty walls with their iPhones using a special visual code. They’ll be able to see the room with the frescoes, just as it was during the exhibition, on their screens.

In the UK, when we think of social movements in Russia, we tend only to think of liberal democratic ones such as the Bolotnaya protests of 2011/12. But your book Other Russias shows that there are many conservative and extreme-right movements too. Is it difficult to remain objective when you draw people from groups, like these, whose views you may personally disagree with? How do you overcome this difficulty?

The combination of hatred of Putin and strong nationalistic sentiment is sufficiently widespread in Russia. My father, for example, held such political views. This is probably one of the book’s foundational themes: the strange mix of representations in the heads of people who have lived through the Soviet Union, Perestroika, the Wild 90s, ‘Putinist stability’, and, now, the Putin regime. It is like Kapitalina Ivanovna from my book – a real woman – who goes out to participate in communist meetings with icons of Lenin, Engels, and Marx and prays to God that rain would not spatter the images of the Communist Party leaders. In fact, I find such people very interesting. It is as if they bear the scars of the time, showing how quickly and brutally the political situation has been changing in Russia.

The Russian liberal intelligentsia are often tolerant in words, but in reality they despise not only the migrants, but also the working class people, and those who reside in the provinces. They consider them to be zombified by the TV. Thus arises the question: which is most unpleasant to face – openly right wing views or hypocrisy?

Your artistic style, ‘graphic reportage’, may be unfamiliar to many of our readers. How would you summarise its characteristics and purpose?

I can’t give a classical definition of the genre, I think, because one simply does not exist. Here are the signs which I personally think define graphic reportage:

Your book Other Russias, currently up for the 2018 Pushkin House Book prize, is a compilation of drawings you have done over several years. It was first published in 2017. Why did you feel that this was the right time to create the book? Did you always plan for it to be translated into English?

The graphic reportage which appears in Other Russias was done over a period of about eight years. I began the work, having no idea about the future book. In the beginning, translator Thomas Campbell translated the reportage on his own initiative for his blog on Russian political news: https://therussianreader.com/. At some point, we realised that we had done an enormous amount of work and that it was now time to collect the translated reportage into a book to be published either in America or England. Firstly, because a book in English is accessible to most audiences. Secondly, it was immediately understood that in Russia, because of censorship, finding a publisher would hardly be an option. Most of the reportage is online and Russian, and the younger generation in Russia have a good command of English. The first publication of the book was in New York with the publishing house n+1.

Your book Other Russias includes a chapter on the Pussy Riot trial of 2012. Pussy Riot is a prime example of art meeting political activism. What is your opinion of the relationship between art and activism in Russia today? Are acts of artistic protest like Pussy Riot’s complimentary to, or separate from, more conventional forms of protest such as street rallies?

To be honest, I hate the term ‘activism’. I’m sure that it was thought up to create a new sphere for the winning of grants, sales and for the exploitation of free labour. In the last century, many artists created work on political themes, but does this make them activists? It is good when an artists does something that they are personally passionate about, but it is bad when they receives the stamp of ‘activist’, and he feels obliged to create political work on current themes.

I think that Pussy Riot falls into this category so that they – like many other Russian actionists – must always raise the degree of their statements, but it is impossible to do this forever. The affair always ends up in court, prison, and also in the impossibility of producing one’s own statement and an escape from actionism. The other serious downside of actionism – despite the admirableness of political action – is that people in the Russian provinces learn about them from the television with certain comments, and thus think that these are not artists – but mentally ill people, or foreign agents.

In 2012 and 2013, you co-curated the Feminist Pencil exhibitions with art critic Nadya Plungian. The UK perceives Russia to be quite a traditional country regarding gender relations. Would you like to curate more feminist exhibitions in the future?   Do you think the current political climate in Russia would make this challenging?

Now, I don’t feel like curating more exhibitions in Russia. There is too much censorship and, as a consequence, self censorship. Self censorship is best monitored in one’s own head, and individual bans are easier to circumvent alone. In today’s Russia, to put on a truly independent and bold collective exhibition on political and social themes, would mean that all participants – organisers, owners, gallery proprietors – must be prepared for the consequences and act as a united front. This sounds utopian.

But even without this situation with censorship, I wouldn’t want to continue curating feminist projects. It was interesting as a one-off experience, but not as a constant practice. When I have new thoughts and images on women’s lives in the Post Soviet space, on our rights, our struggle, , our future, I will write and represent them in art. The various ‘-isms’ – whether ‘activism’ or ‘feminism’ – limit the artistic sphere and force us to work under labels.

In the UK, we have quite a dark view of what it is like to be a journalist in Russia. Other Russias is extraordinary in the breadth of Russian society it covers, and the proximity you were able to gain to people and activists from all walks of life. Do you feel that the authorities ever made it difficult to carry out your work?

I wasn’t detained or arrested; I didn’t personally encounter threats from the authorities. But the mood in society is such that my work was difficult: everywhere there is control and self censorship. I see that people don’t want to talk about many things – things they spoke freely about just a few years ago. There are regions like Chechnya, where from our perspective, any inoffensive interview can lead to serious problems for the interviewer. After 2012, it was interesting to draw protests rather than invisible social groups. But now, when protest is almost entirely silenced, I’m returning to the invisible. Movements like Occupy Abbay 2012 and the hauliers camp of 2015-16 are not enough. We are all invisible and voiceless.

If you could change one thing about the art world in Russia, what would it be?

I would like that, in Russia, the word ‘artist’ once more signified a normal profession – and that someone who perfectly mastered their craft would be able to earn good money, and to participate on the international art scene. However, now in Russia, for the majority ‘being an artist’ means hanging out with the right people in Moscow or St. Petersburg in arty locations, trying to catch someone’s attention while leading a precarious poverty-stricken life with no prospects.

‘On the Eve’ was extremely popular. Can we look forward to more exhibitions of your work in the UK in the future?

Talks on doing a new fresco in London are already underway, but I don’t want to reveal the details yet. In October, I will participate with a new work in the ‘Traces of the Great War’ project as part of the Lakes International Comic Festival. I will always be happy to continue working with Pushkin House. We believe, it will be possible to work together again in the foreseeable future.