Interview with Vanessa Latarche, Head of Keyboard at the Royal College of Music

In this series of interviews dedicated to the UK-Russia Year of Music award-winning Russian pianist Yulia Chaplina talks to four of her distinguished British colleagues who perform and teach Russian music with great love and passion. Her third interviewee is British concert pianist and much admired Professor Vanessa Latarche, Head of Keyboard at the Royal College of Music. Yulia has been privileged to receive mentorship from Professor Vanessa Latarche during her studies at the RCM. 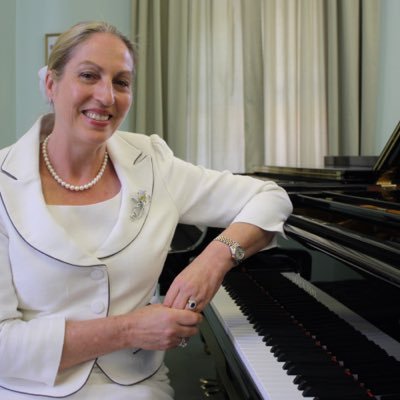 Vanessa Latarche, Head of Keyboard at the Royal College of Music

Yulia Chaplina: Vanessa, I have known you for a long time and I discovered that you have a wonderful connection to Russia, how did it all start?

Vanessa Latarche: I’ve always had a penchant, I suppose, for Russian music. As a young performer I used to play a lot of Rachmaninoff and Scriabin and recorded quite a lot of it for the BBC Radio 3. It was always something that I felt. I didn’t have many Russian connections really, when I was a young performer.

When I came into the role of Head of Keyboard 15 years ago here at the Royal College of Music (RCM), I noticed that we had a lot of students worldwide, but we didn’t have many students from Russia. So together with colleagues and some very helpful potential sponsors we went to the British Embassy in Moscow, and set up meetings with the Moscow Conservatoire. We wanted to see, if we could collaborate with them, and offer some kind of help for their students to come to RCM or indeed for our students to go Russia. The Director of the Moscow Conservatory at the time was very keen to to set up something. We started by giving a concert at the British Embassy in Moscow in 2006. We brought some of RCM students over, and some of the Moscow Conservatory students performed with us. Later we auditioned some Russian students, and we lucky enough to find sponsors who offered scholarships for the selected students to study at RCM. One of the most popular Russian pianists nowadays – Andrei Korobeinikov – came from that first session of auditions to study with me at RCM.

Our students were inspired by the work of Andrei and other Russian pianists. The bar was raised, and the number of students interested to join our course grew. There were very, very talented people like yourself, who came here to study. Our relationship with the Moscow Conservatory has been developing over all these years.

Yulia Chaplina: So what collaboration do you have now with the Moscow Conservatory?

Vanessa Latarche: Every year we run piano auditions for postgraduate students in Moscow. Over the last few years we took a number of RCM students to Russia perform at the Moscow summer festival. Just recently we had a conference that was a joint RCM / Moscow Conservatoire event, some of our singers travelled to Moscow to sing in Curlew River by Benjamin Britten, and Russian singers came here to sing Stravinsky at the RCM a year ago.  We’re very close, because we’ve known each other for so many years. We are friends with many of the staff. As you know, particularly in Russia, people stay in their jobs for a long time, which enables continuity.

Yulia Chaplina: Can you see a so-called ‘Russian School’ in Russian students that come to study at the RCM?

Vanessa Latarche: I think it certainly exists. Usually you notice very fine technical background achieved by huge discipline instilled in you from childhood. There is serious music educational system in place available from childhood – ear training, theory – all this background foundation matters a lot. I think people from the Eastern Bloc, in general, have very fine training in that area.

Yulia Chaplina: Do you think Russians have a different attitude towards teachers compared to the British?

Vanessa Latarche: What I see in students who come from Russia is huge respect for their professors. This attention to birthdays, celebration of professors’ anniversaries by students isn’t something we have in the UK. But their respect is absolutely incredible; it’s almost like worship. In terms of how they develop further with us, I think anyone who’s coming from abroad, not necessarily just from Russia, can become more musically liberated here, because they’re away from their home. They start thinking a bit more openly, and their horizons are widened. I think it’s not just Russians, every student experiences this.

Yulia Chaplina: Do you feel there is a strong Russian community at RCM?

Vanessa Latarche: All of Russian students that we had here, without exception, were the most amazing students. I mean, very loyal students, people who love RCM, and who are fantastic ambassadors not only for their own country, but for RCM as well. To me one of the most important things is that they take something away, and keep a little bit of RCM in their heart.

Yulia Chaplina: I know you have been to Russia many times, when was your first visit? Are there any interesting stories from your trips that you could share?

Vanessa Latarche: That’s true – in my youth I took part in Tchaikovsky competition (1990). I was the only girl that went to Moscow to participate in this competition as part of a larger group of UK pianists. It was perestroika era and it was very terrifying, but it was a really life-enhancing experience. There was not much to eat. Getting around in Russia was very tough at that time, especially trying to get a taxi. I was advised to take boxes of Marlboro cigarettes with me, so that I could actually bribe drivers to take me where I needed to go. I was told to take a bath plug, because there were no bath plugs in the hotel, and lots of sachets of dried soup because there was just no food. There was a lot of bread for sale on the streets at that time, but nothing really in the shops. Although we stayed in a hotel, some evenings there was just nothing to eat. Then I had my ‘cuppa soup’. I came back very skinny from that trip, which was a bonus! When I first went to Russia, I felt really threatened by the place; it was very difficult, because I was so young. But then I started going regularly, and now, of course, I have a lot of ex-students in Moscow. It’s like a family there now. I feel like it’s a second home for me.

Yulia Chaplina: What was most memorable to you in Tchaikovsky Competition you participated in?

Vanessa Latarche: Just imagine getting on that incredible stage and seeing a panel of numerous experts judging the competition. Today experts still sit in exactly the same place as they did in 1990 when I was doing it. The chair in my year was the incredible Tatiana Nikolayeva. This amazing person was just sitting there in the middle of that panel, and I remember saying to myself, “Oh my goodness me, what am I doing here?” It was really something special for an inexperienced young girl from London.

Another thing worth mentioning is how we waited for the results of the competition till very late at night. The audience was waiting together with the participants, and was booing the results, if they disagreed with experts. Those audiences were very special and supported all competitors. I can’t ever imagine such a vocal response from a UK audience!

Yulia Chaplina: Is Russian audience different from the West in any way?

Vanessa Latarche: When I was participating in Tchaikovsky Competition, I met this wonderful lady, my interpreter. Sadly I lost contact with her as in those days there was no email or phone. A few years later when I went back to Tchaikovsky competition with some of my own students, this woman came up to me and asked, “Do you remember me? I remember you!” That was 30 years later. How amazing is that! In Russia if the audience loves you, they don’t forget you. People in general are very warm and enthusiastic. The reception I had during the competition there was incredible. I remember people being so wonderful to me, even though I didn’t get to the finals. It was the year Boris Berezovsky won it.

Yulia Chaplina: What do you think the biggest challenge is when performing Russian repertoire?

Vanessa Latarche: For those who are not Russian, I think understanding some of the deep psychological issues behind the music of Rachmaninoff, Prokofiev, Shostakovich. Really putting yourself into this psychological frame. If you don’t understand it, you wouldn’t even know where to begin.

Yulia Chaplina: Has being to Russia helped you to understand Russian music better?

Yulia Chaplina:  Do you have any favourite Russian (Soviet) artists?

Vanessa Latarche: Vladimir Sofronitsky, I suppose. I’m also a big fan of Shura Cherkassky. I saw him perform live several times, and I loved it so much! And, of course, the inimitable Horowitz.

Vanessa Latarche’s concert career has taken her to Europe, the USA and the Far East, as well as many festivals within the UK, including Cheltenham, Harrogate and Huddersfield. Her interest in Bach led to a performance of the complete 48 Preludes and Fugues at the Lichfield International Festival in 1992, the performances being given over four consecutive evenings. She has performed as a soloist with international orchestras and those in the UK including the Royal Liverpool Philharmonic Orchestra, BBC Concert Orchestra, BBC Welsh Symphony Orchestra, working with many leading conductors. She is a Steinway Artist.

She has broadcast for over 30 years for BBC Radio 3 and has also broadcast extensively on the BBC World Service and BBC Radio 4. She has been a juror for international competitions in China, Russia, Kazakhstan, Serbia, Italy, New Zealand, and Hong Kong and has adjudicated the national keyboard final of the BBC Young Musician of the Year, which was broadcast on BBC television. In 2007 she was an advisor to the BBC TV programme ‘Classical Star’.

Vanessa frequently travels to give masterclasses, to such institutions as Moscow Tchaikovsky State Conservatory, Hong Kong Academy for the Performing Arts, Shanghai Conservatory of Music, Beijing Central Conservatory, Nanyang Academy of Fine Arts, Singapore, Tokyo College of Music, Seoul National University as well as to other UK conservatoires and specialist music schools. She is an advisor to Lang Lang’s music school, Lang Lang Music World, in Shenzhen, China, where she formerly held the position of Vice-Chairman.

Since September 2005, Vanessa has been Head of Keyboard at the Royal College of Music, having been previously a professor of piano at the Royal Academy of Music for 14 years, where she was made an Honorary Associate in 1997.

A renowned pedagogue, with many international piano competition prize-winners amongst her students, Vanessa was made a Fellow of the Royal College of Music, for outstanding services to music, an honour conferred on her by HRH Prince of Wales in May 2010. In September 2011, she was granted a Personal Chair at the RCM, which gave her the title of Chair of International Keyboard Studies. In 2017, as an extension to her keyboard faculty work, Vanessa was made the Associate Director for Partnerships in China, which involves managing the RCM’s collaborative work in China, particularly the RCM/SHCM Joint Institute in Shanghai.

For more information about Prof. Latarche and studying at the RCM, please visit https://www.rcm.ac.uk/keyboard/professors/ 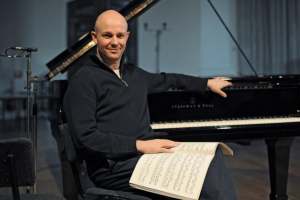 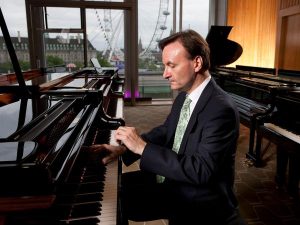 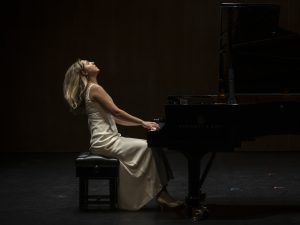 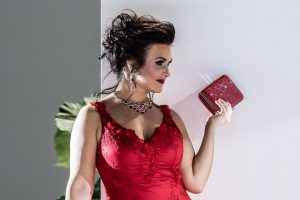 Homo Mutabilis by @ilyakolmanovsky Take a peek at

➡️ The Knight of Beauty 🎨 @margy_kinmonth

Our weekly newsletter is out every Friday with the

🗣️ A Voice between Nations: Confluences of Ru