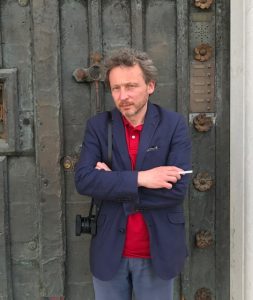 Maxim Bokser, the renowned Moscow-based collector is soon launching his inaugural catalogue “Bokser. Kollektsia” which features works on paper from his private collection at the eponymous  exhibition “Bokser. Collection” at the ”Nashi Khudozhniki” (i.e. Our Artists) gallery between 25 May – 23 July in Moscow. Some items from his collections will also be displayed in London at the exhibition, “The Silver Age of Russian Culture” at the Shapero Rare Books gallery between 2nd  and  9th June.

Natasha Butterwick, the owner of the platform Russian Art + Culture, interviewed Mr Boxer and asked him about his views on collecting as passion and intellectual pursuit:

N.B.: When did you start collecting art?

M.B.: I prefer not  to say that I collect art,  but rather that  I acquire it. In my mind, there is a fine line between those definitions – perhaps it will be better to say that I have been  acquiring art objects throughout my whole life. I started as a child by  collecting beautiful pebbles on the seashore, then moved on to coins, to stamps, and to paper banknotes which always seemed to have a rare beauty of their own. Perhaps it’s in the genes. In addition,  the acquisition of this or that object of art can depend on my inner emotional state,  my current intellectual interests.

N.B.: Who were you influenced by? Could you mention any collectors whose collections might have inspired you?

M.B.:  I am neither a scientist,  nor an art historian, I am more of an observer. It is the visual that stimulates me, the quality of the image itself. The commercial aspect has never really interested me. The process of art acquisition is more of a lifestyle for me.

N.B.: Were you born into the family of art collectors? 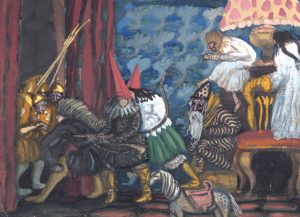 M.B.: The infamous Lord Henry Wotton in Wilde’s “Picture of Dorian Gray” used to say that there was nothing positive about the influence, and yet  I always remain under someone’s influence. My grandmother had books and some rather attractive small statues inherited from her father who had acquired them  before the Revolution – those things influenced me. My parents were avid art lovers and never missed a good exhibition. At some point they even began to collect works by  the 1970’s artists. Then I was fortunate enough to be accepted by the circle of Russian collectors who taught me how to look at objects and to appreciate their quality.

N.B.: Who is your favourite artist and why? If money were no object, whose works would you like to collect?

M.B.: I am not very original in my choices. The artists of the “World of Art” have always been among my favourites because they  perfectly correspond to my own inner world and perceptions. I like the sophistication of their education and their nostalgia for the times of the 18th century, the Age of the Enlightenment. I like their subtle, elegant and beautiful works on paper. I have never liked the Soviet Art. If money was no object,  I would have chosen  Rembrandt for all obvious reasons because he is the only one who had the courage to experiment, even to make great mistakes,  but, overall, all works in my collection are my favourites. They are like children to me, they were acquired by myself, they live with me and I value them for their integrity.

N.B.: What is the most remarkable discovery in your collection?

M.B.:  A Nude by Mikhail Larionov from his native city Tiraspol, which had been painted on wallpaper. Prior to his emigration to Paris, the artist presented this work to the architect Vinogradov.  The painting was in terrible condition and, for several years I have been making enormous efforts to restore and to conserve it. I am in love with it still.

N.B.: What is the future of the Russian market?

M.B: This market existed, exists and will exist.  Even though the number of high quality works available diminis 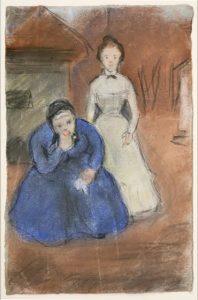 hes with each year. And yet, there will always be a niche for the Russian Art on the world art market and the passion for these type of works amongst collectors is unlikely to subside. My hope is that less significant works will also start to attract buyers. Obviously, this depends on the economic state of Russia and the formation of the, yet non-existent middle class,  who are the bedrock of collecting. Nevertheless, people continue to travel worldwide and visit museums, there are long queues  to art  exhibitions in Russia, which is a good sign that the passion for collecting will always be with us.

N.B.: How do you view Russian contemporary art?

M.B.: My collection of Contemporary Art emerged mainly through my friendships with various artists. In my opinion,  to make this segment of the Russian art market develop and flourish, one needs a more consistent and increased support from the Russian government. Private collectors should also join their efforts to make this segment grow and expand.

Other Articles By Natasha Butterwick 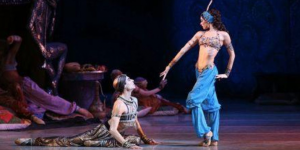