What does Russia celebrate on March 8th?

On March 8 women across Russia will receive boxes of chocolates, tulips, and cards in honor of International Women’s Day. Between it being the first public holiday of spring and all the flower-giving, it can seem like a light and joyful holiday celebrating tenderness, motherhood, and beauty. And in many ways, that is what the holiday has become in Russia. But is that what it was intended to be? 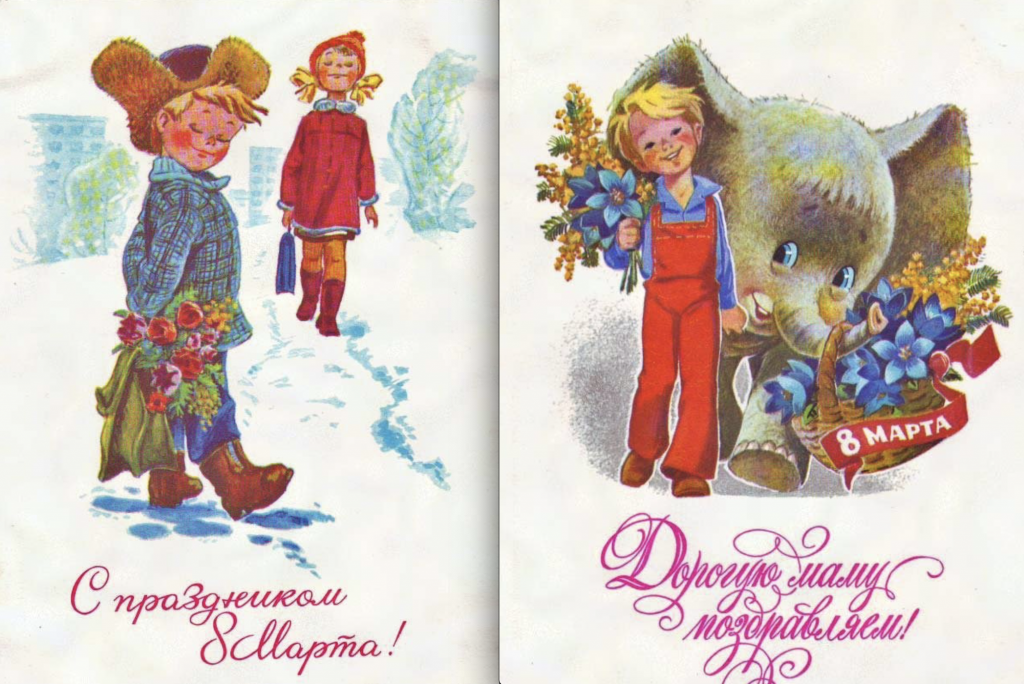 The History of Women’s Day

Although Women’s Day is not a public holiday in most countries and is not celebrated as widely as it is in Russia, Women’s Day is international in scope and origin. On March 8, 1857, hundreds of women working in textile factories in New York went on strike to protests inhumane working conditions, twelve-hour workdays, as well as to demand higher wages and the right to vote. On the last weekend of February in 1908, women took the streets of New York once again with practically unchanged demands: better work conditions and the right to vote. In 1909 the strikes grew and by 1910 at the International Socialist Woman’s Conference in Copenhagen, the Socialist Party of America suggested Women’s Day become an annual and international holiday. The frustrations of women really were global. The holiday came to Russia by way of a large protest in 1917: women came out onto the streets of Petrograd to opposed famine, war, the tsarist regime, which was the beginning of a mass movement that resulted in the 1917 February Revolution. For many years after that, the holiday was celebrated predominately in communist countries as a day to continue the fight for equal rights.  Only in the 1970s was Women’s Day embraced by the United Nations.

From Women’s Rights to Womanhood

So how did Russia get from women’s rights to chocolate and flowers? The answer is not straight forward, but it seems like two things happened: a feeling that progress had been made and a desire to de-politicize the holiday.

On May 8, 1965, International Women’s Day was declared a public holiday in the USSR to commemorate the outstanding achievements of Soviet women in Communist construction, in the defense of the Motherland during the Great Patriotic War, their heroism and dedication, and the great contribution of women in strengthening the friendship between all peoples for the sake of peace. The statement sounds almost like a “thank you” acknowledging how far women have come and subtly eliminating the opportunity to continue moving forward. After all, the public holiday was not granted to continue fighting but to be thankful for women. The statement mentioned peace and suggested that be the attitude of the holiday. We see these ideas go beyond words and into images: the celebratory postcards emphasized solidarity, friendship, and even featured white doves as symbols of peace. 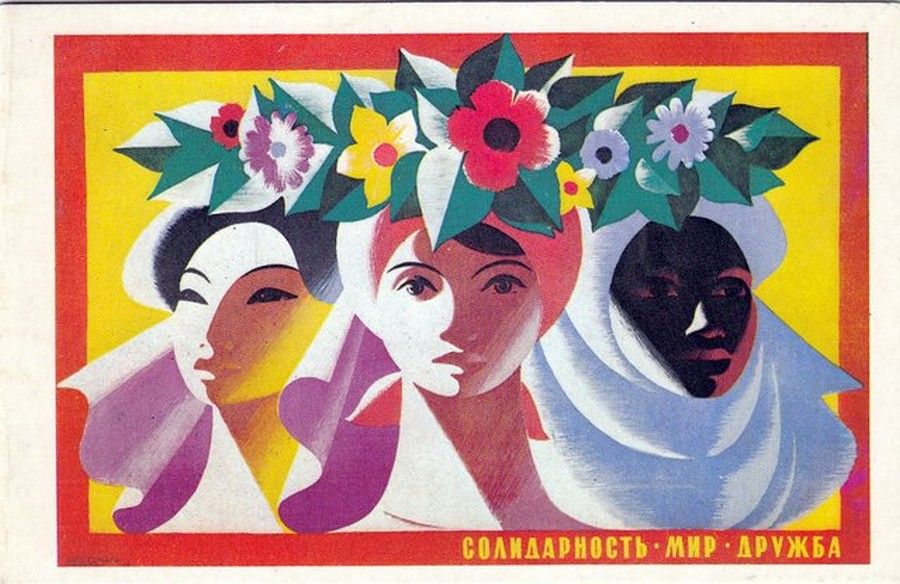 After the fall of the Soviet Union, some countries continued to celebrate the holiday. Armenia, Azerbaijan, Belarus, Kazakhstan, Kyrgyzstan, Latvia, Moldova, Turkmenistan, Uzbekistan, Ukraine, Abkhazia still celebrate International Women’s Day on March 8. In Estonia and Lithuania, on the other hand, March 8 is no longer a public holiday. In Tajikistan, March 8has become Mother’s Day. There was a natural desire in these countries to create distance between their new political and cultural reality and the past oppression of the Soviet Union. These countries did not want to carry over the socialist origins of holidays that ultimately caused so much hurt. As the UN celebrates the theme of “Think Equal, Build Smart, Innovate for Change,” that will not be the sentiment around the holiday for most Russia and many other formerly-soviet countries on March 8.

But back to the flowers and chocolate: is there harm in giving and receiving them? I don’t think so. Surely there is a place for both: for appreciation and gratitude and for improving on our shortcomings. And perhaps as the pendulum has swung from one extreme to the other over the last one hundred years there is still time for us to figure out how to celebrate all the complexities of what it means to be a woman.