Imago Mundi is the collection of works commissioned and collected by Luciano Benetton on his travels around the world, involving, on a voluntary and non-profit basis, established and emerging artists from many different countries. Each of them has created a work whose only restriction is its 10×12 cm format, contributing to the creation of a remarkable artistic geography. We spoke with Martina Fornasaro about their work and how Russian artists are represented in the collection. 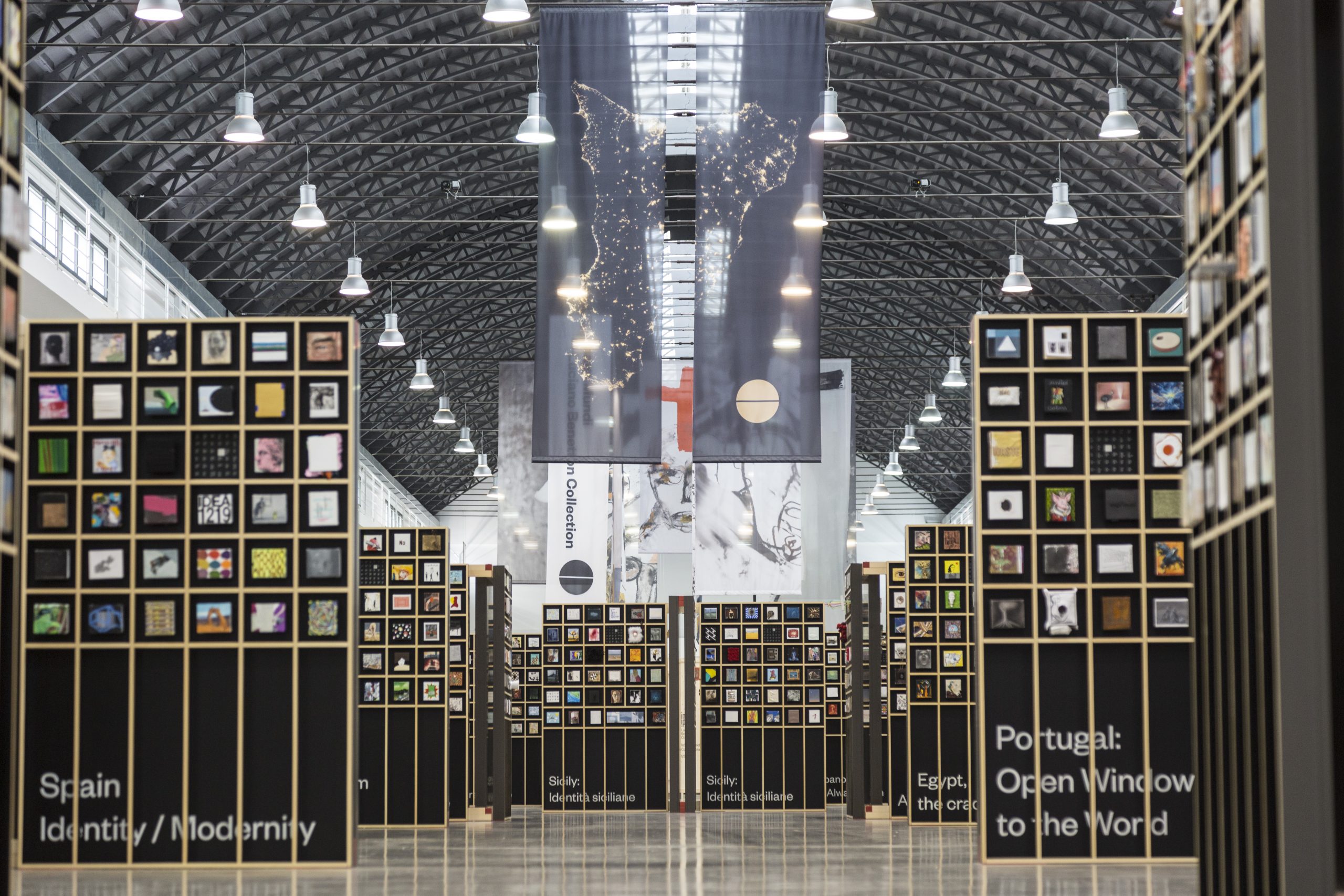 Elena Shampanova: Martina, please tell us how Imago Mundi started? Whose idea was it? Why was it conceived?

Martina Fornasaro: Imago Mundi’s official presentation took place in 2013 in Venice, as a collateral event at the 55th Biennale Arte, with an exhibition at Fondazione Querini Stampalia. The project was conceived over ten years ago, with the objective of creating a global map of contemporary art. Imago Mundi originated from an idea of Luciano Benetton, founder, with his siblings, of the Benetton Group. In 2013, five collections were exhibited (United States, Russia, Aboriginal Australia, South Korea and Japan), now the project counts over 160 collections, each one dedicated to a country or a native community and involves more than 26,000 artists, both established names and emerging talents. Imago Mundi represents the convergence of some of personal passions of its founder: travel as a source of knowledge of the world, art as a key to interpreting our times and a keen interest in young talents who succeed in overcoming geographical, political, ethnic and psychological boundaries, to achieve – both in art and in society – what the great German artist Joseph Beuys called “unity in diversity”. 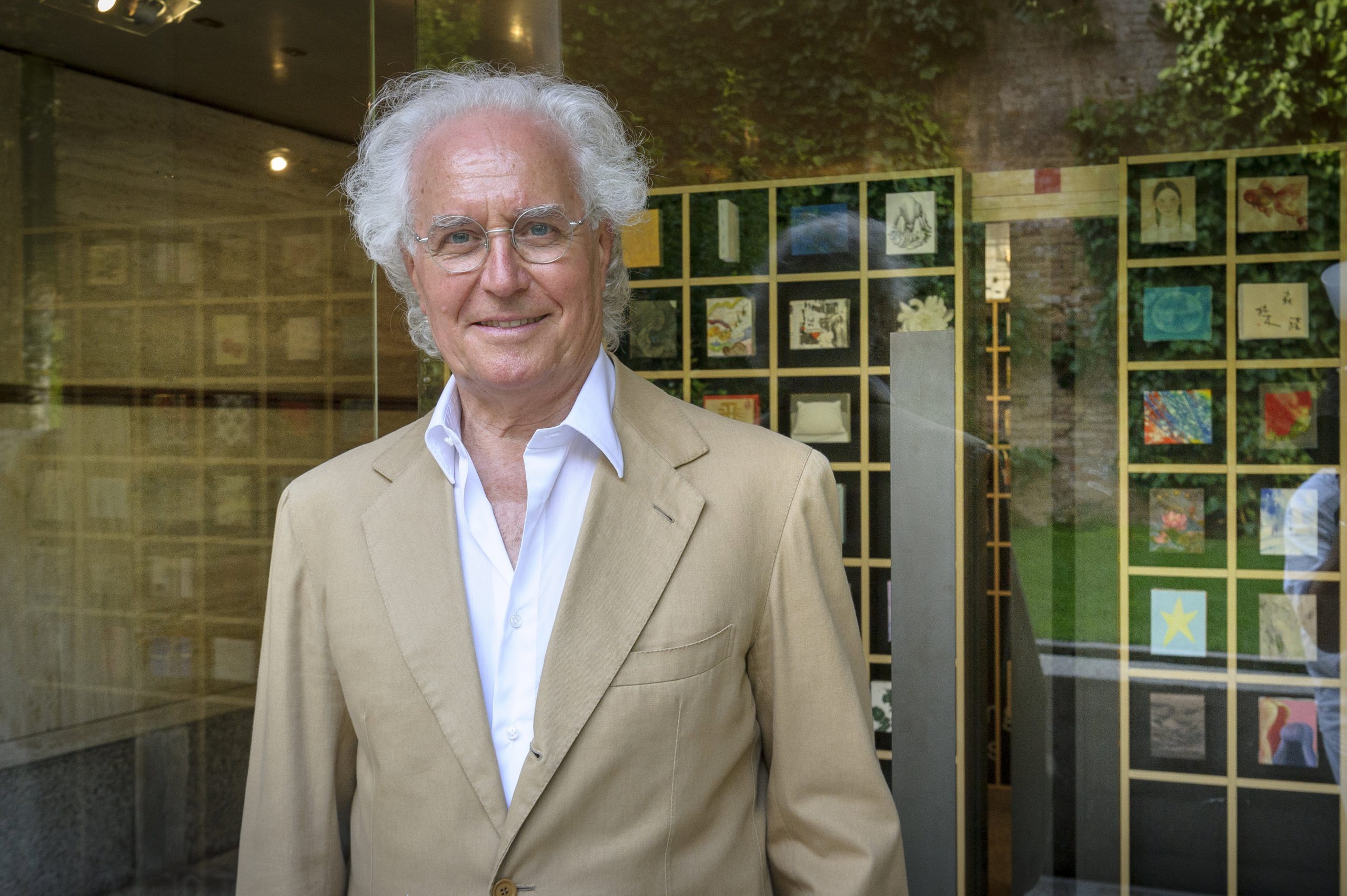 Elena Shampanova: How has it evolved over the last 10 years?

Martina Fornasaro: The Imago Mundi collections are the starting point for an exploration of world cultures that embraces different fields of knowledge, from the humanities to the social sciences: anthropology, ethnography, geography, history, policy. The only constant, since the beginning, is the 10x12cm canvas, on which all participating artists are invited to express their vision in total freedom.

In these years Imago Mundi has built a global, interconnected artistic community, which it has been promoting with exhibitions across the world (from Vienna to New York, from Sarajevo to Palermo, from Santiago de Chile to Dakar, Venice and Toronto), through www.imagomundiart.com and the catalogues, all published in three languages: English, Italian and the local language, with all the complexity this entails. For instance, the catalogue about Kurdish contemporary art is in Italian, English and in two Kurdish languages, Krmanji (written with Latin alphabet) and Sorani (written in Arabic alphabet).

Additionally, each catalogue presents essays by art experts which introduce the reader to the local culture and art scene. Imago Mundi also welcomed Google Art & Culture’s invitation to host the Imago Mundi collections and exhibitions on its portal, and this has become a further, prestigious vehicle for the promotion of the project and its artists. 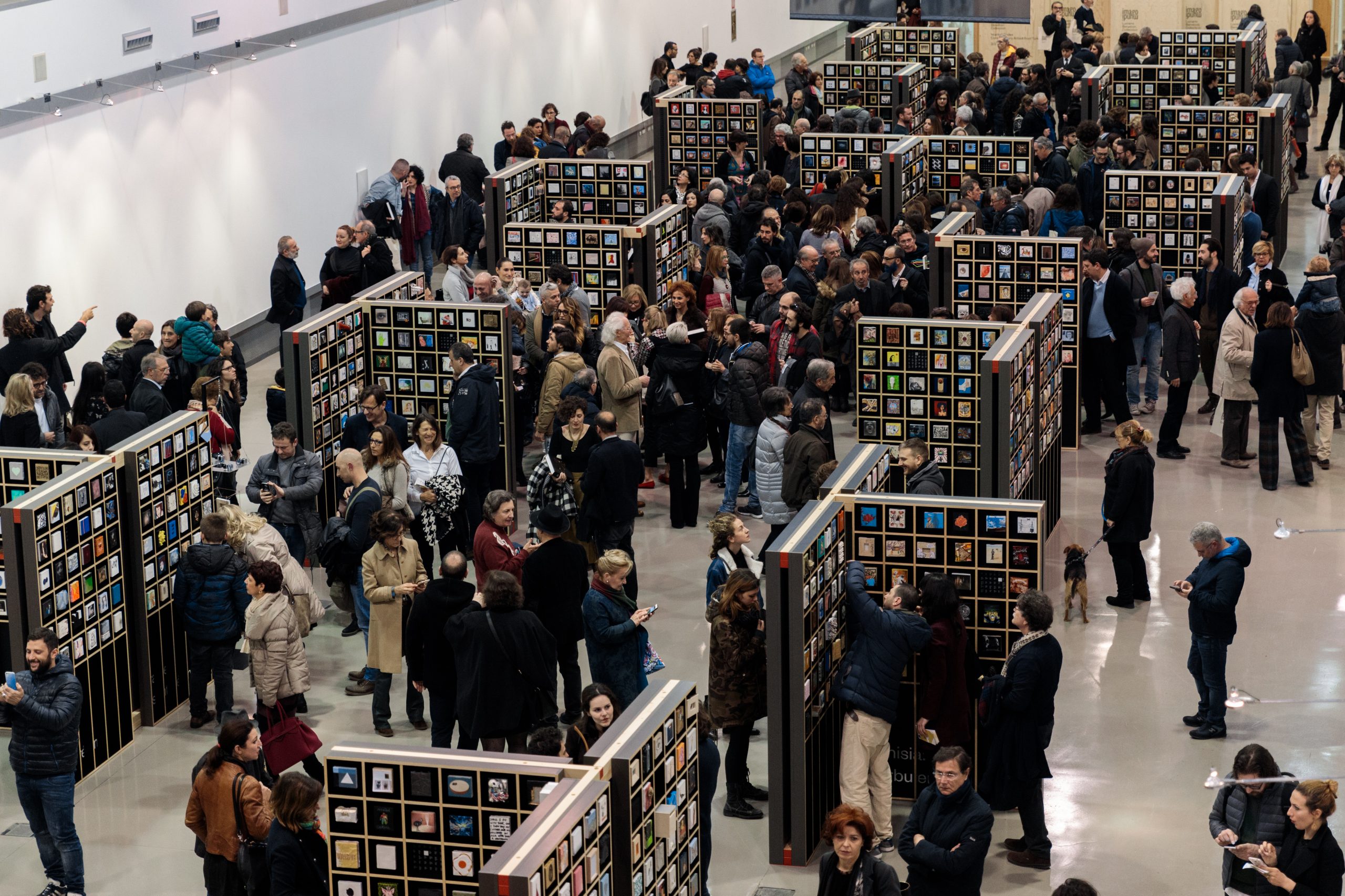 In April 2018, the exhibition space Gallerie delle Prigioni was opened in Treviso, the hometown of the Benetton family. A former Habsburg prison, the Gallerie were the subject of a conservative restoration by the architect Tobia Scarpa transforming them into a space for art and cultural exchange. The Gallerie provide a platform for experimentation, dialogue, contamination, and bring together artists from every continent. Due to the ongoing health emergency, the usual activities (with visits and guided tours, events, conferences, etc) have not been possible and consequently online initiatives (talks and virtual visits) have been greatly enhanced.

The exhibition currently on show at the Gallerie delle Prigioni is “When the Globe is Home”: conceived and partially staged before the outbreak of the pandemic, it is, in fact, extremely topical, because it examines the connection between the world and home. The exhibition brings together the artworks of 13 international artists, selected from the Imago Mundi “Art Theorema” collections, to explore the ongoing contemporary mediation between global and local, near and far, the collective and the individual: between “Home” and “the World”.

Elena Shampanova: Please tell us more about the Russian collections.

Imago Mundi’s research in this area of the world, so influential and important for the history of art globally, started at the very beginning of the project, with the collection “Looking Eastward”, which brings together over 200 artists from Russia’s most westerly regions to Kamchakta in its far east, from Ukraine to Uzbekistan, from Armenia to Kazakhstan. Since then, we have produced two further collections, dedicated to Moscow and Saint Petersburg. The collection about Moscow was published in early 2020, the one about Saint Petersburg is almost complete. The curator of both collections is Liliana Malta.

“Supremacy and Feeling. Contemporary Artists from Moscow” is an in-depth exploration and a deserved tribute to the protagonists of the visual culture of this megalopolis. The collection brings together the artworks of over 240 artists, both world-renowned names and young talents, in keeping with the spirit of the project. It also showcases a truly wide range of styles, media and techniques. 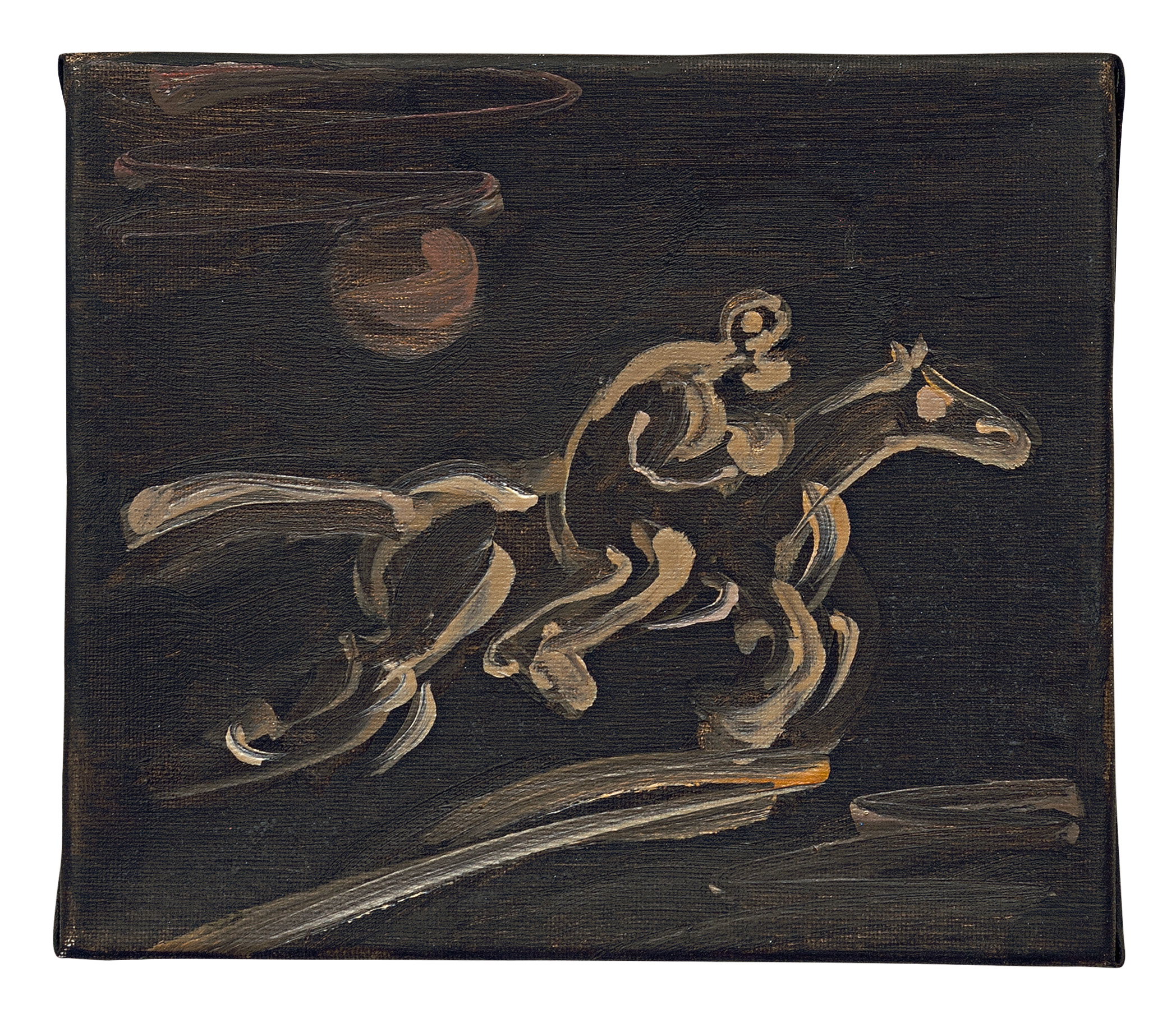 Grisha Bruskin, a world-renowned painter, engraver and sculptor, as well as a key figure of the Russian contemporary art market since the ‘80s, painted an impressive “Horseman” in oils on the small Imago Mundi canvas (Bruskin has exhibited his work at the Moma, New York, the Guggenheim, Bilbao, and in 2017 he represented Russia at the Venice Biennale).

Alexander Brodsky, celebrated architect and sculptor of international fame, and a key member of the Paper Architects group, drew “Man in Glasses”, with felt tip pen on paper, applied to the canvas (his artworks are shown at the Victoria and Albert Museum, London, and at the Whitney Museum, New York). 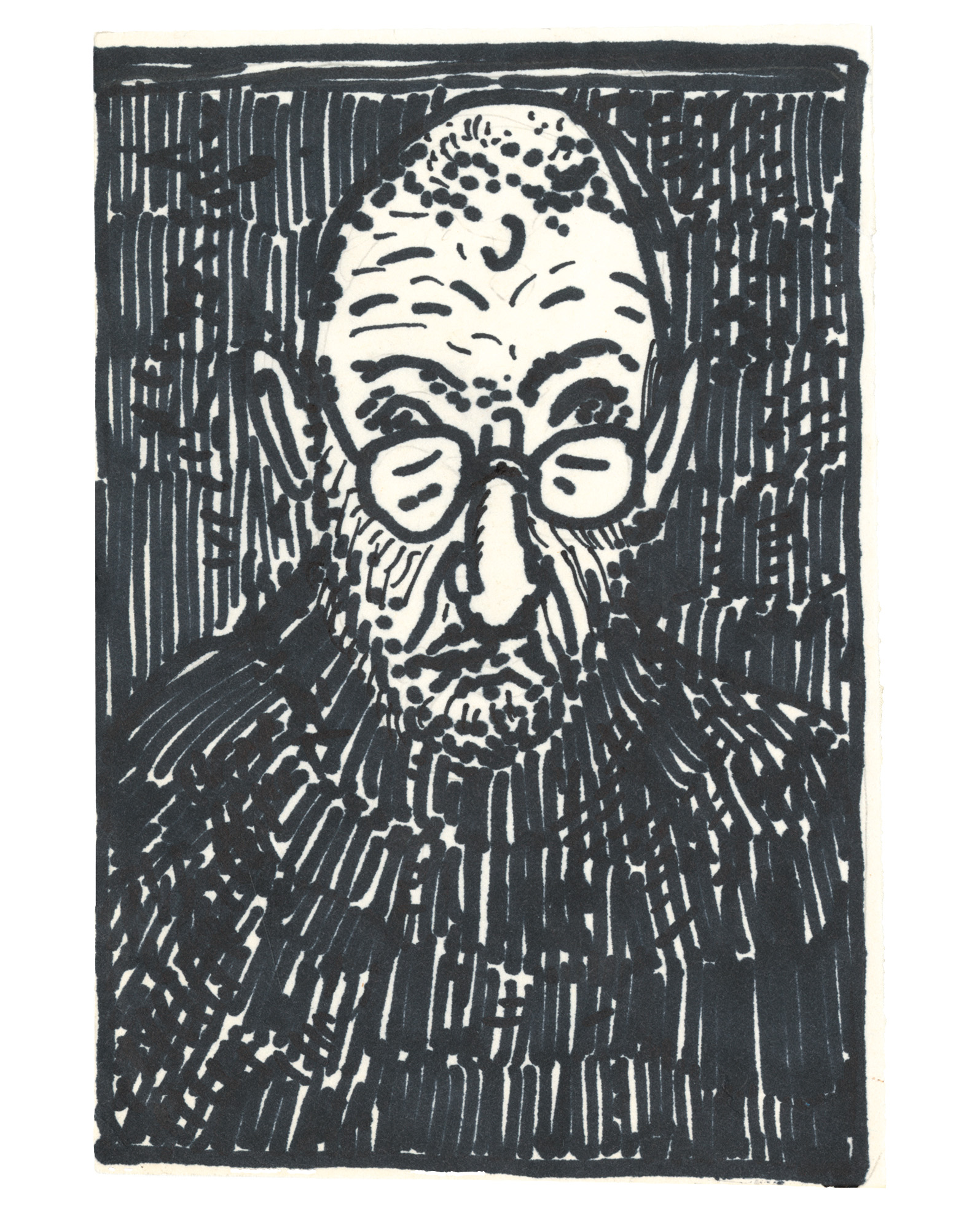 The collection also counts two separate artworks by Vladimir Dubossarsky and Alexander Vinogradov: authentic prodigies of post-Soviet pop art, they worked together until 2004, achieving international popularity. In this catalogue several artists wrote a personal note, to go along with their artwork and biography. On this “creative separation”, Vinogradov says “I am now interested in investigating reality rather than using copies of photos or photo-collage, as I did during the time of my collaboration with Dubossarsky”. 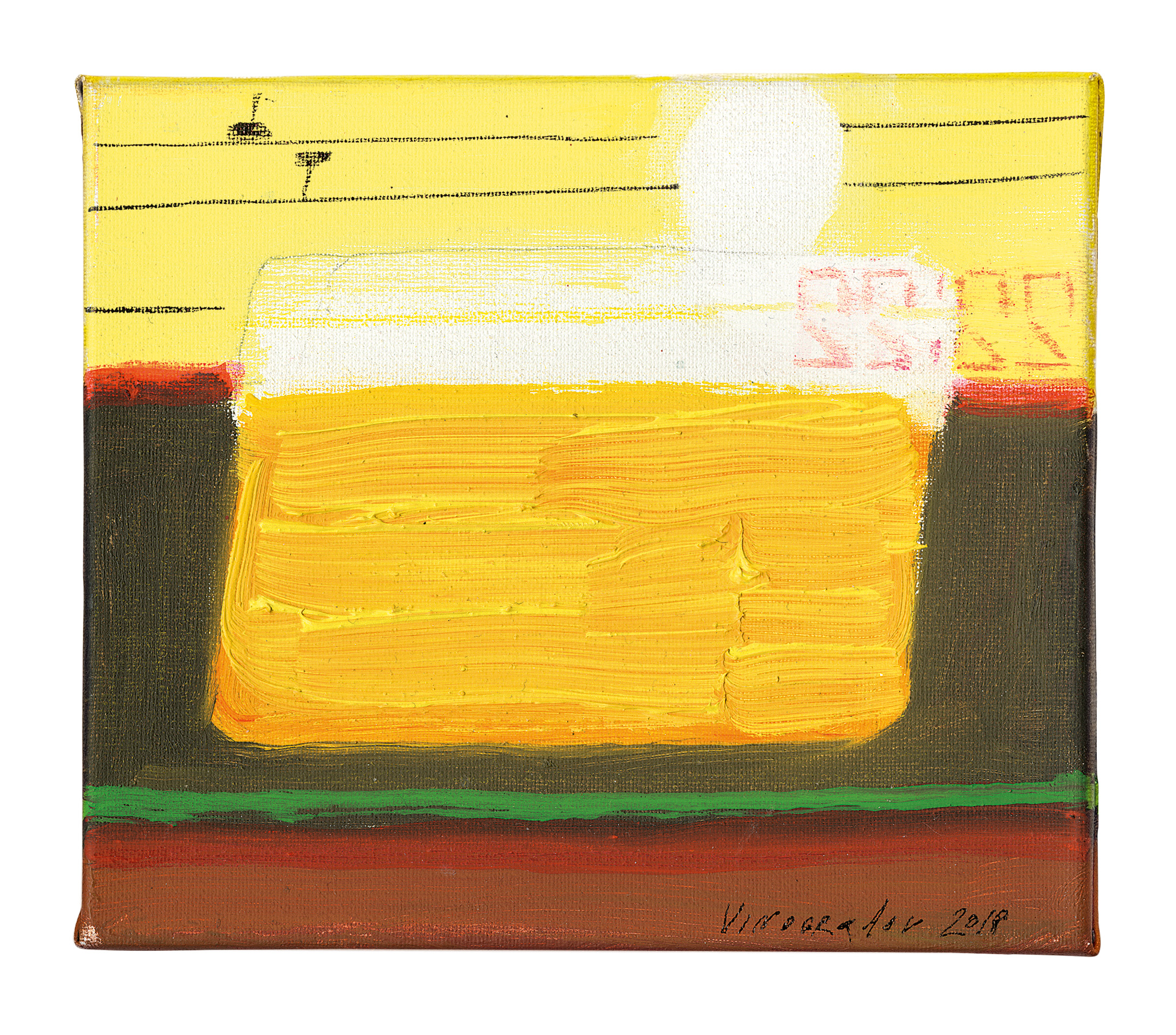 Among the youngest artists, there’s Sergey Kasich, musician and performer, one of the greatest representatives of Russian sound art. His artwork “Right” was made with mixed media, silicone and electronic parts.

Elena Shampanova: You are working on a new collection dedicated to Saint Petersburg – please give us an insight into the process of putting the collection together. When will it be published?

The project of a collection dedicated to Saint Petersburg began in 2018. Since the beginning, it was clear that it would be a demanding, yet fascinating adventure. Saint Petersburg seduces with its beauty and elegance, with its charm, which is almost suspended between literature, art, dream and, naturally, revolution. All this is reflected in its contemporary art. In this collection, the title “Beyond the Black Square” is already a declaration of intent: Saint Petersburg confirms itself a city of extraordinary creative vibrancy, populated by both artists who are open to new forms of artistic expression and artists with a traditional approach. The mosaic composed by the 203 artworks in this collection stands out for the variety of its expressive forms, combining art, music, fashion, cinema and youth culture. 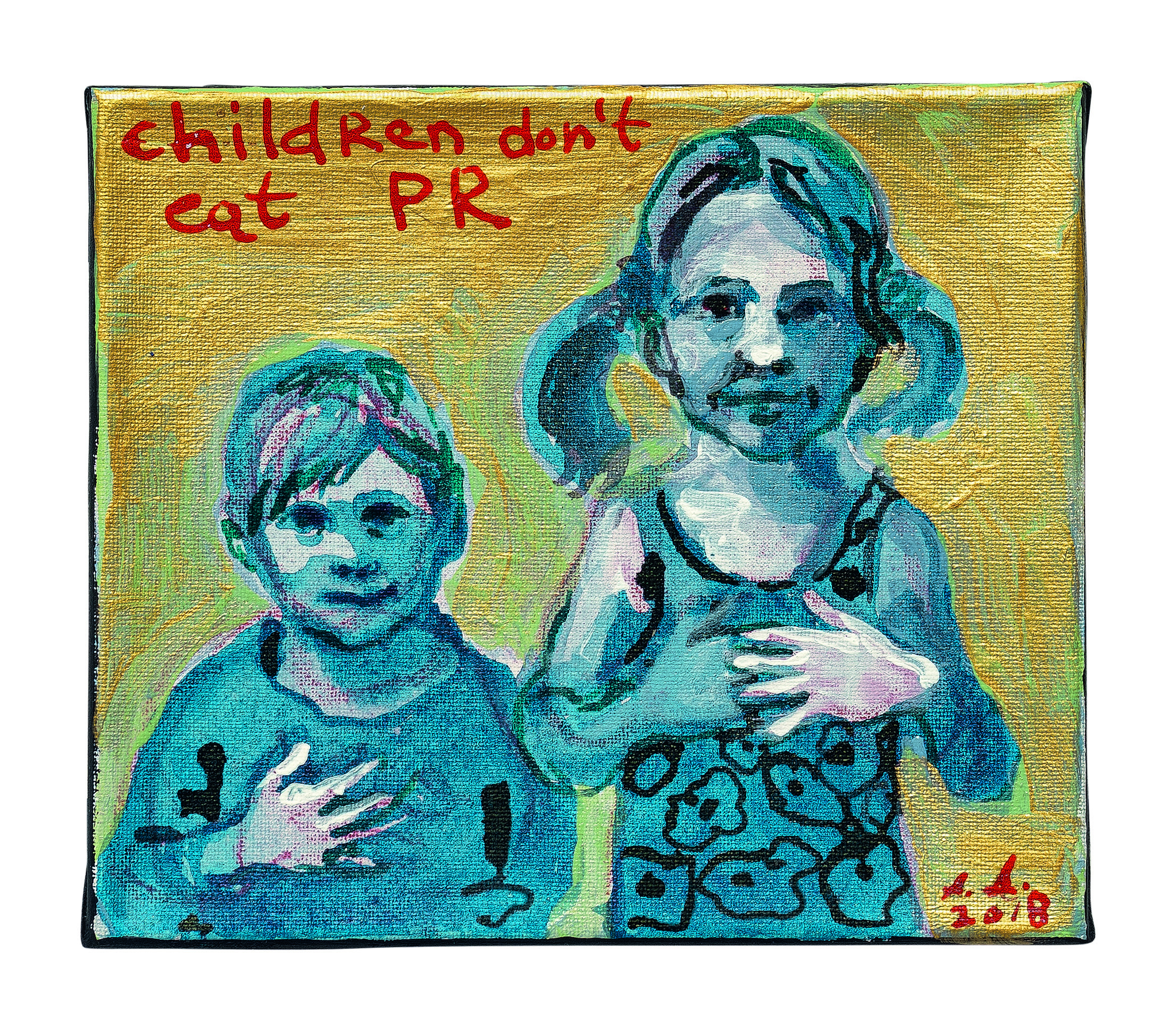 Among the artists featured in this collection, just to mention a few, are Alexander Dashevskiy, who in 2013 was included in Forbes magazine’s list of seven young Russian artists worth investing in; Marina Alekseeva, known for her Liveboxes, mysterious black boxes with cut-out windows, which contain miniature urban interiors; Dmitry Shagin, creator and leader of the famous art group Mitki; Andrey Chezhin, one of the most important Russian conceptual photographers, and many others, such as Galina Pisareva, painter, sculptor, ceramist and graphic artist. Her artwork “Purification” is also on the cover of the catalogue. The women populating her artworks, including the one created for Imago Mundi, are filled with light, life, harmony and seem to convey a message of hope, now more needed than ever. 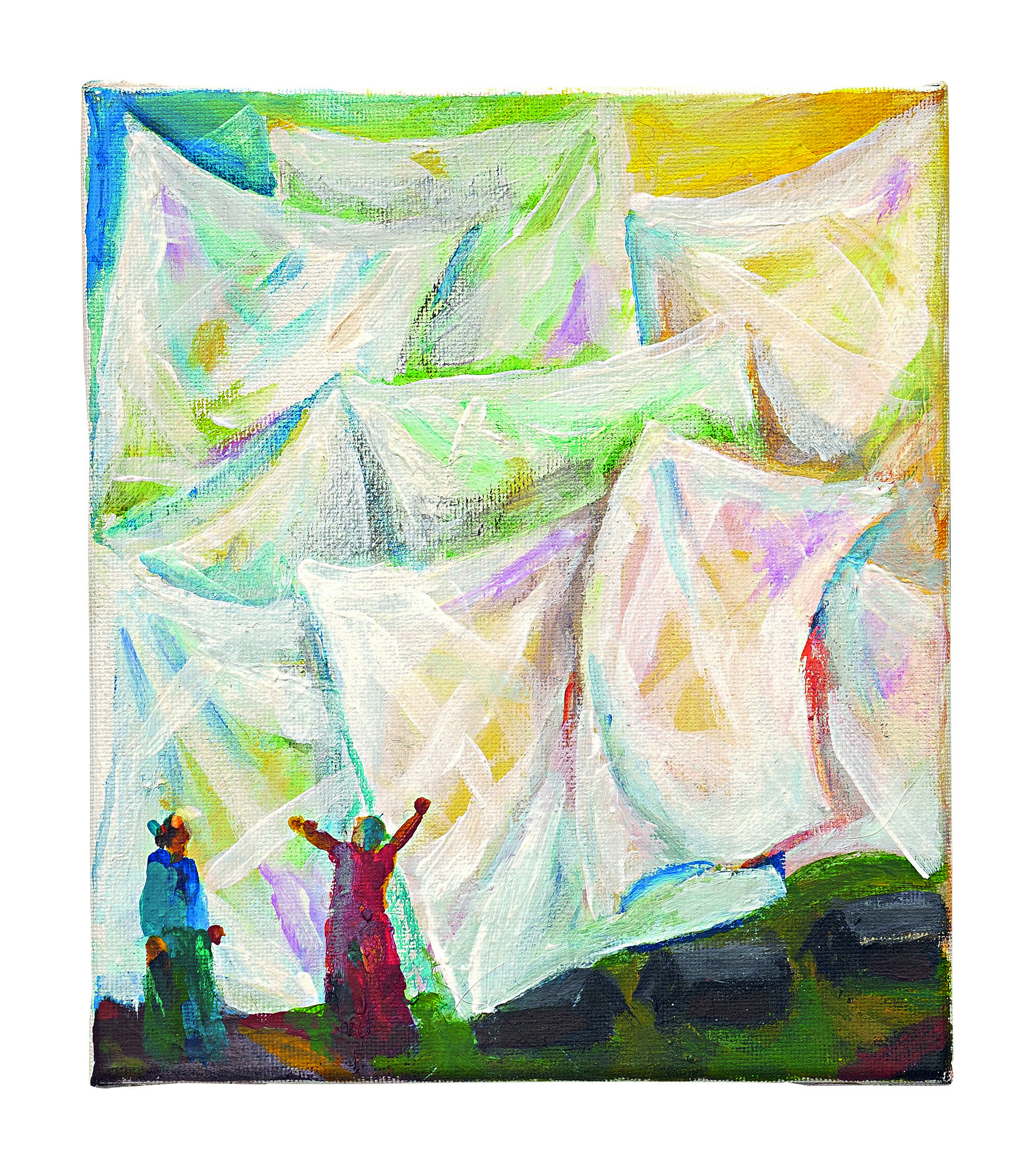 Elena Shampanova: Has the work of Imago Mundi changed in the light of the pandemic?

The pandemic has prevented some important projects from going ahead, such as an Imago Mundi exhibition in cooperation with the Italian Institute for Culture in Tokyo, planned in Japan in occasion of the Olympic Games which were regrettably but necessarily cancelled; or a further project in China.

Elena Shampanova: What are your plans for the future?

As soon as it is possible, we will organise exhibitions again, in the meantime we are developing our initiatives online and on our social networks: for instance, “Blah blah blah Conversations on Contemporary Art”, a series of talks involving Imago Mundi artists from all over the world who are in dialogue with curators but also with journalists and philosophers, with the aim of expanding our audience. Virtual visits – open to all – to our exhibitions are also ongoing, as are online workshops for a younger public, to inspire their creativity and curiosity.

Other Articles By Elena Shampanova 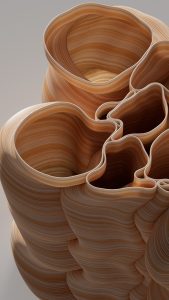 Mikhail Sedov, a visual artist with a passion for abstract arts 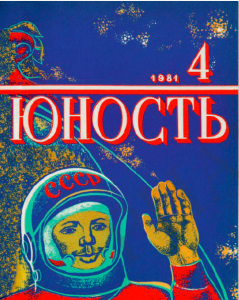 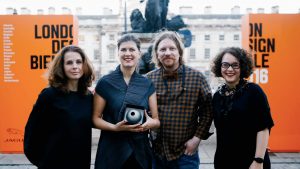 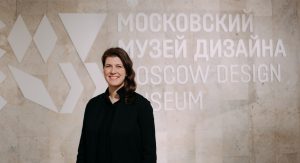