A new exhibition Zimmerli Museum invites visitors to delve into one of the hallmarks of unofficial Soviet art from the height of the Cold War. Dialogues – Ilya Kabakov and Viktor Pivovarov: Stories About Ourselves, focuses on the two artists’ work created in the format of the album: an innovative genre of visual art popularized in the 1970s by conceptual artists in Moscow. Drawn from the museum’s Norton and Nancy Dodge Collection of Nonconformist Art from the Soviet Union, the exhibition provides a rare opportunity to view several albums in their entirety. With loose pages of delicately colored images, often complemented by handwritten texts, an album is simultaneously a drawing and a novel, an installation and a performance. They serve as an inspirational model for audience engagement, telling stories that are at once specific and universal. 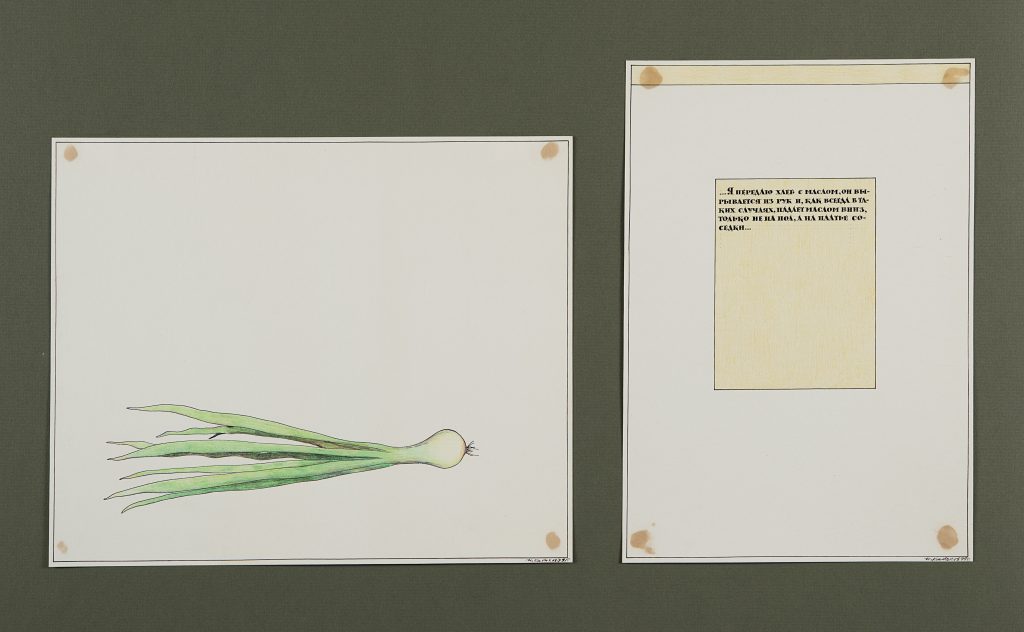 Ilya Kabakov Onion from the series Fruits and Vegetables, 1979

The public is invited to a free exhibition reception on Saturday, December 14. Additional programming will be announced. Details are available on the Zimmerli’s website. 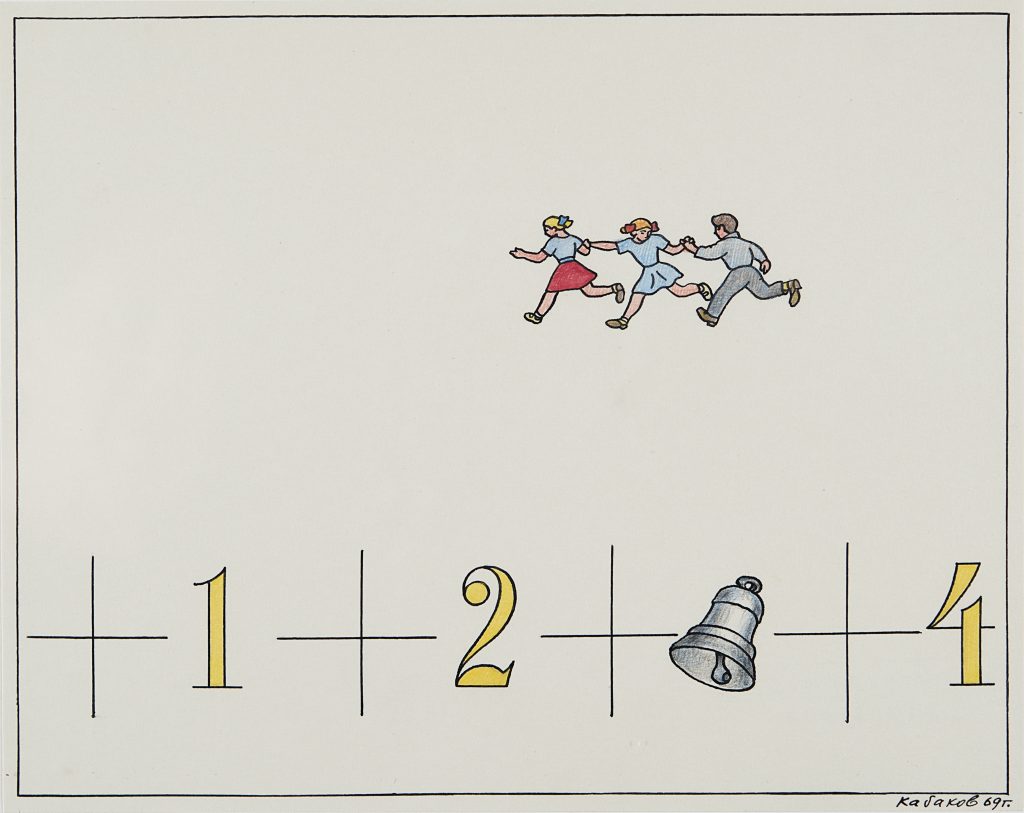 “Although this exhibition primarily looks at works that Kabakov and Pivovarov created in the 1970s,” noted guest curator Ksenia Nouril, who organized Stories About Ourselves with Zimmerli curators Julia Tulovsky and Jane A. Sharp, “the passage of time allows us to assess how this period influenced their practices over the ensuing four decades. Both Kabakov and Pivovarov have stopped making albums, but these works remain the foundation for their respective contemporary practices. Their albums also are significant in the broader legacy of the era, speaking not only to artistic expression in a certain place and time, but also to the circulation of that production globally at the height of the Cold War.” 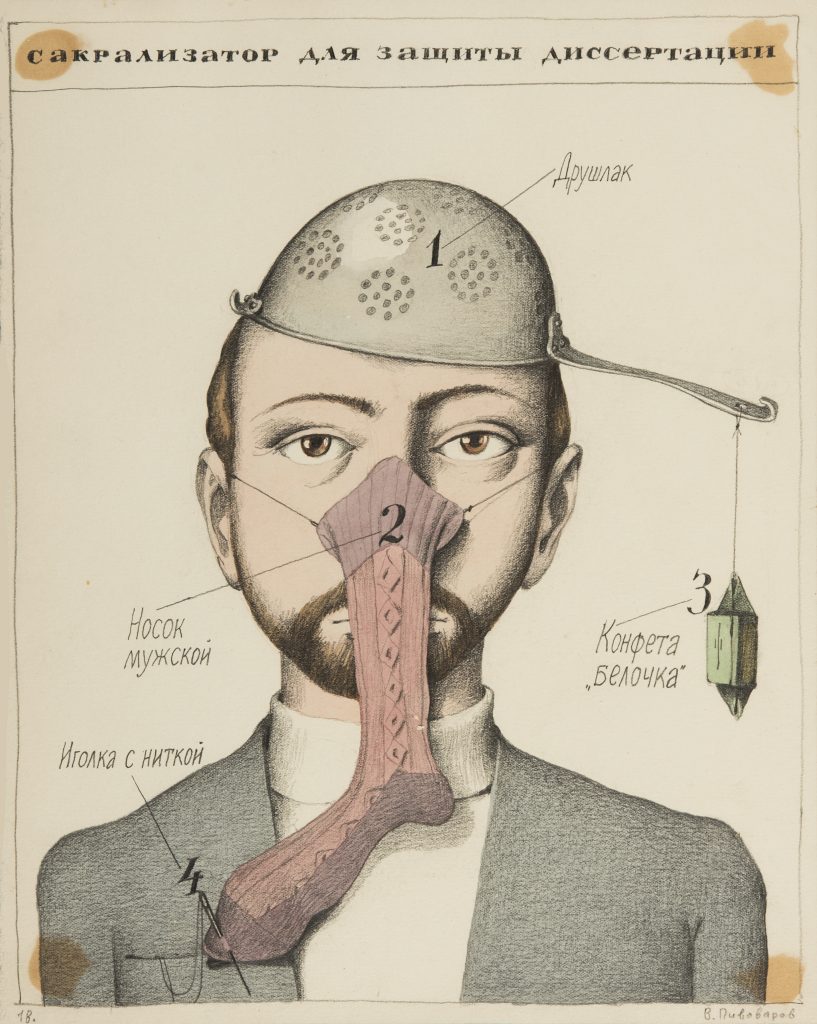 Still active today, both Ilya Kabakov (b. 1933) and Viktor Pivovarov (b. 1937) were integral to the movement known as Moscow Conceptualism, which subversively flourished in the city from the 1960s to the 1990s. Artists worked in “unofficial” circles parallel to those of the artists who practiced in the state-sanction style of Socialist realism. However, the 1970s was a particularly difficult decade, marked by social, economic, and political stagnation. 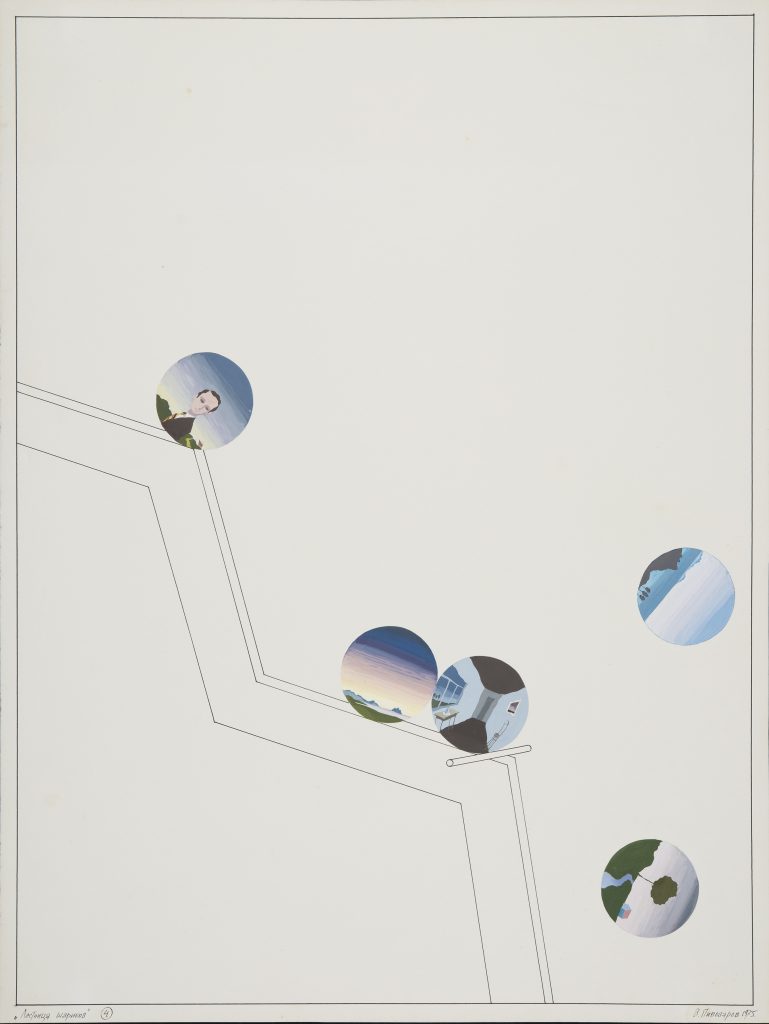 Kabakov and Pivovarov each produced dozens of albums, addressing the triumphs and tribulations of their everyday lives in the Soviet Union at the time. Whereas official artists had established networks of support, those choosing to produce art in unofficial capacities had to be creative with their resources, finding outlets around social, political, and economic limitations. Both artists shared their albums in the semiprivate spaces of their homes and studios with friends – artists, writers, and intellectuals. Among such friends was the collector Norton Dodge, who visited their studios and purchased albums, bringing them back to the United States and eventually exhibiting them for global audiences.