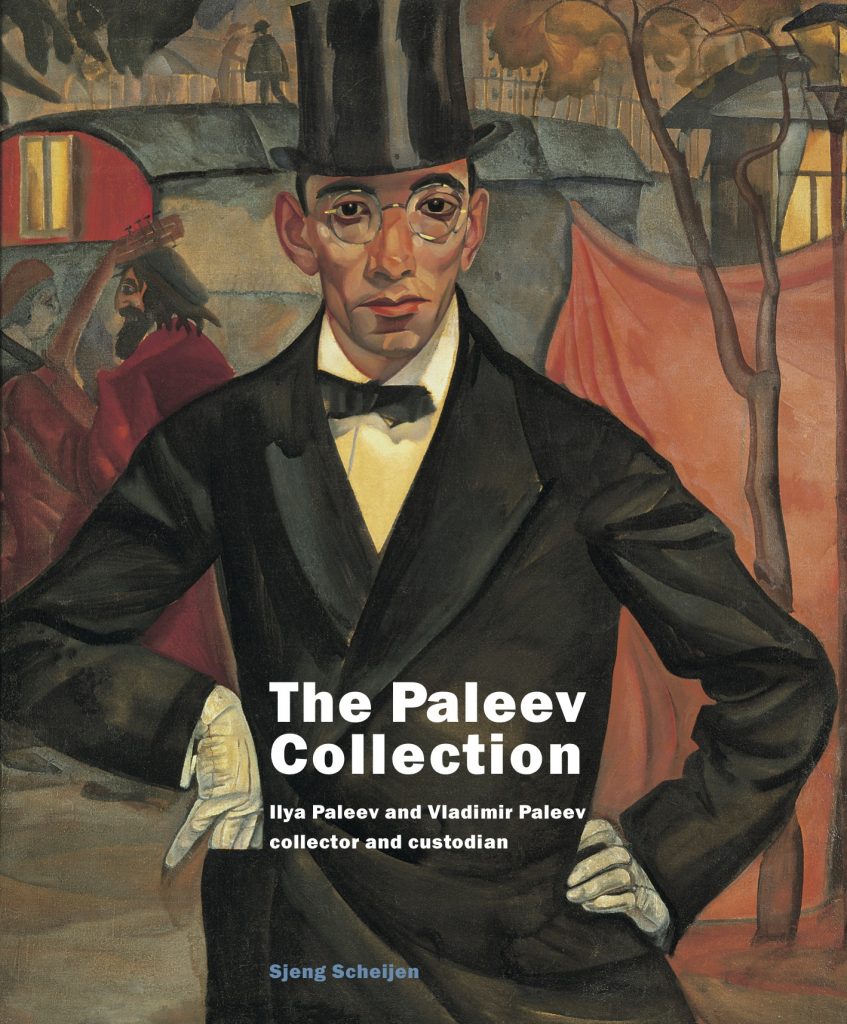 For the uninitiated, the Paleev collection is the last surviving Soviet private collection that remains intact and, as such, must be taken in context. Private collectors in Soviet Russia, God what a place that was, were under not inconsiderable (double negative alert) pressure from the authorities and how many of them conducted their underground collecting remains still, to this day, a thing of wonder. I was lucky to be acquainted with quite a number of these collectors and was, though this may give away my advancing age, briefly a member of the Russian Private Collectors Club. This acquaintance, on many occasions, blossomed into friendship, and I was enormously fortunate to have a direct link to unfathomable sources of knowledge and wisdom.

The collectors with whom I formed friendships even numbered the Kukrinisky. Nikolai Alexandrovich Sokolov took me to his heart and vice versa and the remaining members of the family and I remain close. I am therefore attuned to their world and have an overwhelming admiration for it and indeed those who collected and continue to collect.

Unfortunately, I was not acquainted with the Paleev Family and therefore my review can only be cursory, it is not based on first-hand knowledge, nor have I seen it in the raw. I am using as my benchmark a book which probably shows only a small fraction of what the family collected and, as such, is inadequate and apologetic. My tools for this job are therefore feeble and, I fear, my review must be viewed through appropriate filters. 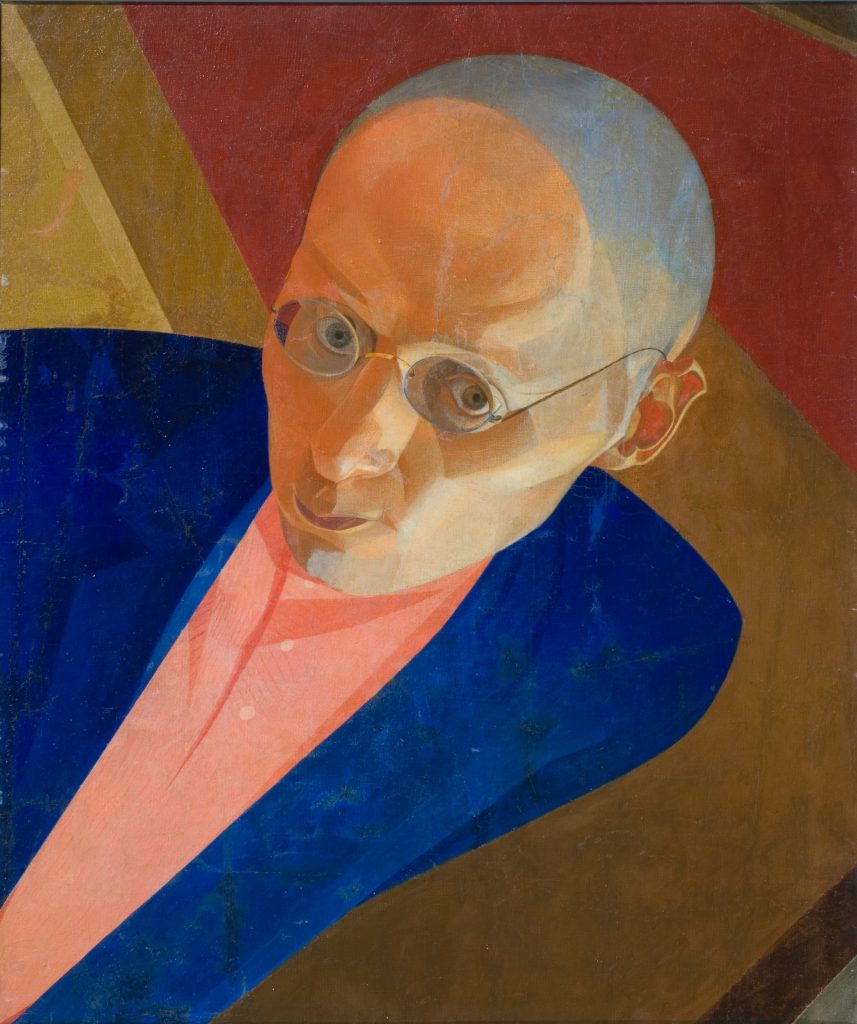 The stand-out artists for me are Petrov Vodkin, though anything post-1930 can be discarded, Boris Grigoriev whom, for some reason, is still available for bargain prices at auction and Robert Falk. The common denominator here is that the great works by these three are almost all pre-Revolution. In the case of Petrov Vodkin, the monumental Expulsion from the Garden of Eden is a stand-out, knock-me-over classic, vastly superior to the recent £8m quid piece, good though that was, that passed through the rooms. In my opinion which, should my ever-increasing cast of readers be in any doubt, is by no means humble, Petrov Vodkin and Grigoriev are great, European-class artists who merely need to be shown in context. The Paleev collection is blessed with a whole range KPV’s work, the former’s ‘Study in perspective’ is a jewel, a brave, twisted view of an everyday Soviet scene in checks, spots, browns and overriding blues seen from the ‘bird’s eye view’ beloved of the artist.

Perhaps the stand-out painting in the entire collection is Boris Grigoriev’s portrait of Miron Sherling. Grigoriev always seemed to me distinct from other Russian artists and, to an extent, stands alone in the Western pantheon, a sort of Russian Daumier but without the tendency to monochrome colours. His love of the grotesque, the erotic, the ironic, the humorous, especially in his work on paper, are all executed with considerable mastery, there is a glorious vignette called ‘Thieves’ in this collection, but the portrait of Sherling is a masterpiece. The photographer is set on the background of a gypsy encampment with a lover’s tryst at the top of the portrait adding a little spice, mystery. Sherling himself, though formally dressed, stands in such a mannered pose hardly in keeping with his clothes, right fingers extending into his frock coat pocket, left hand placed (oh God don’t write this) teapot-style on his hip. The well-crafted features show someone inscrutable, the dark, slightly cock-eyes a high intellect. 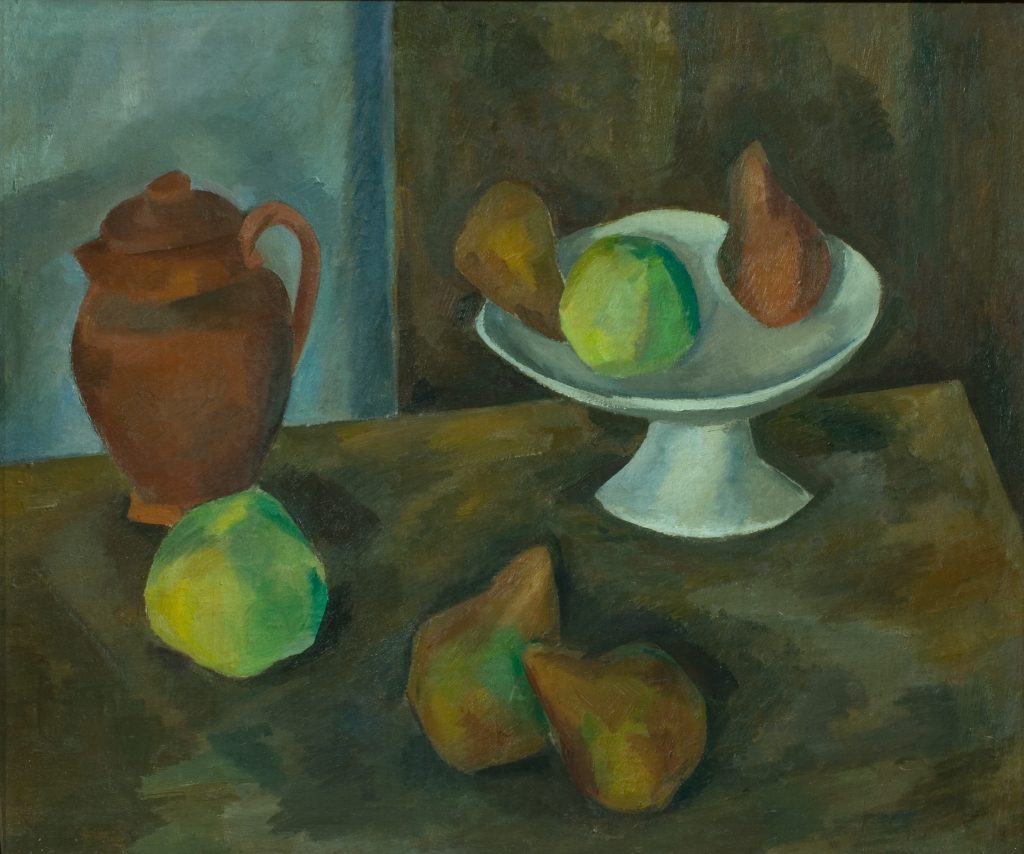 Falk is an artist whom, much to the chagrin of my many Russian friends I have always considered pretty second-rate. His reputation as a teacher and a ‘sufferer for his art’, under Soviet brutality have always, in my not-very-humble (see above) opinion, superseded his abilities as an artist. The exception is his work for the Knave of Diamonds and the Paleev collection contains two exceptional still lives, especially ‘Paper Flowers’ from 1915 and provide stark contrast to the seven later pieces, especially the soupy ‘Circassian Girl’ from 1948. Grimsville Tennessee.

Other paintings worthy of mention are Kuznetsov’s seminal ‘Fortune Teller’ from 1916, Uktkin’s ‘Dacha in the Crimea’, Chupyatov’s ‘Self Portrait’ and an assortment of work by Vladimir Lebedev that range from the sublime, ‘Still Life with a large bottle’, and ‘Meat Grinder’ to the kitsch, ‘Guitar with a Toy Cat’ that appears to have been the surprise witness to transfer activity from the Arsenal FC Board this summer.

In the ‘should-have-kept-them-in-the-furthest-cupboard’ section is work by Korovin, Konchalovsky, Roerich, and Mashkov that seem to confirm my (not very humble, that’s enough of that, Ed.) opinion that these artists between them managed a mere handful of decent pictures but, in all honesty, one should never really criticize the number of weaker pictures in a private collection, especially one that was formed in a totalitarian society. I’m not sure how Mr Paleev would have seen Altman’s view of him though.

Like all private collections, the Paleev collection consists of the strong and the weak and should be viewed more from the conceptual point of view than artistic. It stands as a monument to freedom of expression, the joy of art and its acquisition in a grey, featureless landscape and, as such, is a collection of considerable importance and interest.

The book was written by Sjeng Scheijen, published by Pegasus in Amsterdam.