A wonderful icon by Nesterov – The Saviour Not Made by Hands, based on designs for a mural on the western façade of the church – leads Bonhams’ Russian sale in London on Wednesday 25th November. It is estimated at £80,00-100,000.

When Grand Duchess Elizabeth Feodorovna, sister of Alexandra, last Tsarina of Russia, lost her husband Grand Duke Sergei Alexandrovich to assassination in 1905, she renounced her wealth and privilege and turned to good works. In 1907 she founded the Marfo-Mariinsky (Martha-Mary) Convent of Mercy in Moscow, as a recovery home for wounded soldiers, and to provide shelter for the sick and poor. The convent’s Church of the Intercession of the Virgin is famous for its fine mosaics by the celebrated painter Mikhail Nesterov, who often made smaller versions of his designs, on commission or as gifts to friends. 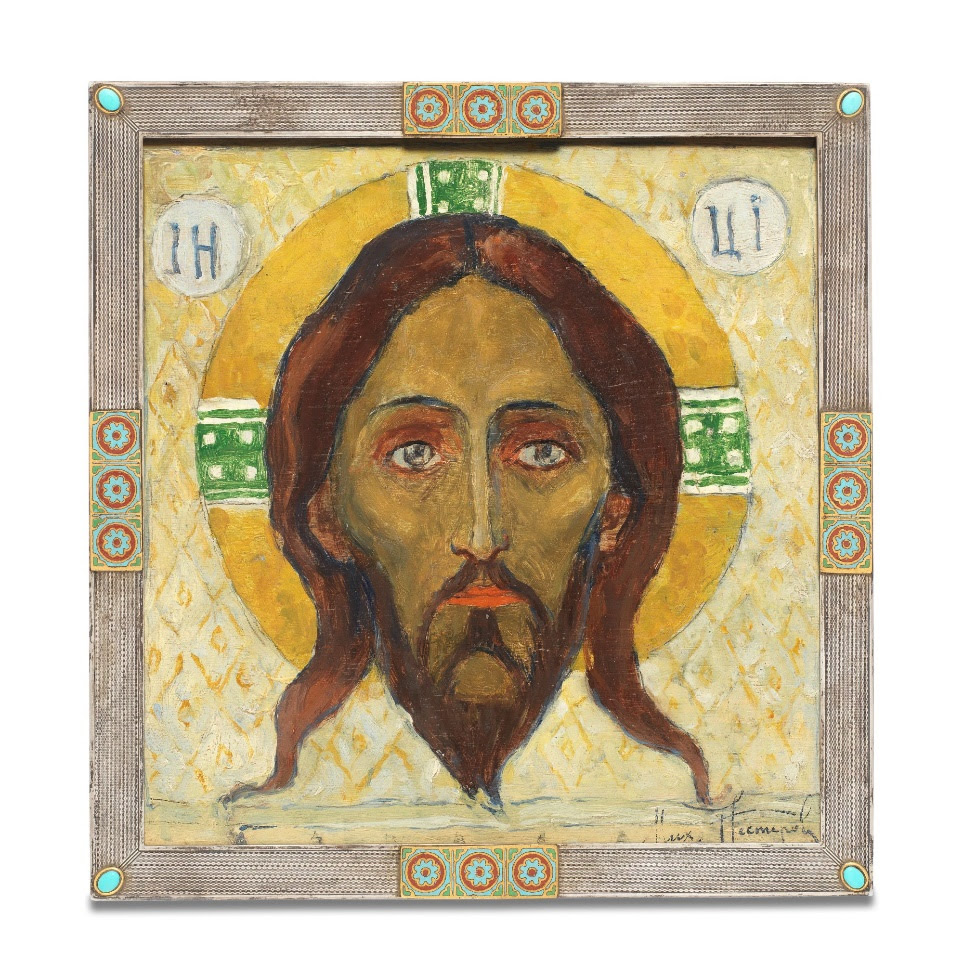 Writing in the sale catalogue Dr Pavel Klimov, author of the catalogue raisonné on Nesterov said: “The complex mosaics, icons and wall paintings of the Martha and Mary Convent became his highest achievement in the arena of monumental art, as recognised by both the artist himself and by scholars. In the face of the Saviour, Nesterov combines a severity of style with a restrained expression, replete with tragedy.”

Other highlights of the sale include:

Head of Bonhams Russian Department, Daria Khristova said: “The Saviour Not Made by Hands is a major work by one of Russia’s most revered artists. It leads a strong sale that reflects the breadth and depth of Russian art in all its manifestations, from an important and intriguing sketch by Surikov to a majestic Fabergé clock.”

Mikhail Nesterov (1862-1942) was a major figure in the Russian Symbolist movement, best known for his religious works many of which took many years if not decades to complete. After the Russian Revolution, when public religious imagery was forbidden, Nesterov developed a successful career as a portrait painter.