An outdoor projection will animate the exterior wall of Pushkin House on Bloomsbury Square on the opening night of Icebreaker Dreaming, a new solo exhibition by the artist Ruth Maclennan. The exhibition explores the Russian Arctic, as a place to live in, to travel through, to project onto, to control and exploit for its natural resources, in the context of the climate emergency. 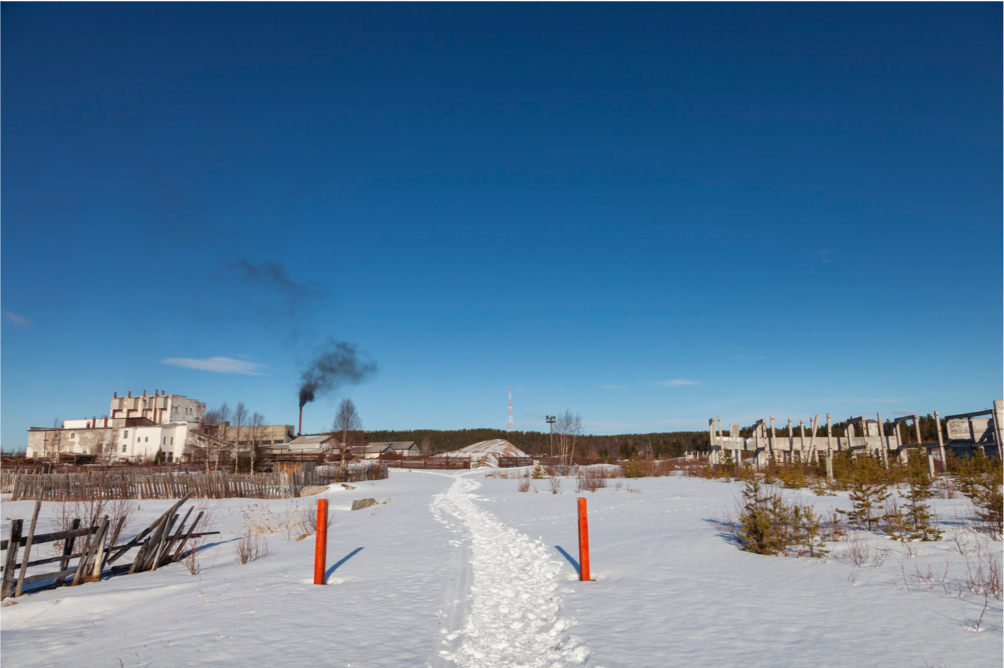 Inside the building an immersive installation traces journeys that Maclennan has taken, and imagined in the Arctic region. It brings together newly commissioned films, drawings, photographs and found objects.

The centrepiece of the exhibition is a film, Cloudberries, recently premiered at the BFI London Film Festival. The film was shot in Arctic Russia, on the Kola Penisula, along the so-called Northern Sea Route during the hottest summer on record. It was filmed in a small fishing village, made up of an old and a new settlement. The village has taken on geopolitical significance because it is situated at the nearest point on land to the Shtokman gas field, which is one of the largest natural gas fields in the world.

Maclennan’s exhibition, Icebreaker Dreaming, is part of a wider movement to undo prevailing ‘mid-latitude’ clichés of the Arctic seen from afar as untouched pristine nature, with polar bears, idealised or demoralised indigenous peoples, and memories of brave explorers sent to conquer the elements and claim this terra nullius.

The exhibition shows how important the arctic has been and still is as both a place and an idea, for Russia: for its enormous natural resources, its geographical location, and for the less obvious role the arctic plays in defining Russia’s place in the world. The exhibition looks at how these meanings are evolving in the context of the current climate emergency.

During the exhibition, Pushkin House will be a stage and a meeting place for exhibiting, describing and interpreting what is going on and what is at stake in the Arctic region today