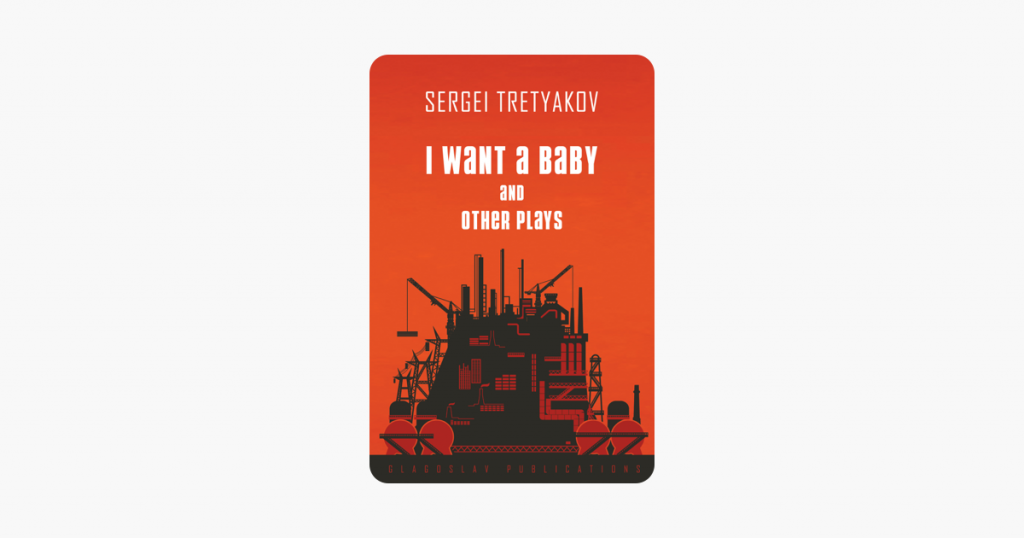 It is fair to say, regarding this collection of his plays, that Sergei Tretyakov is not as famous as some of the men with whom he was once associated.  It would, however, be hard to write of Soviet culture in the 1920s without mentioning his name.  In his early plays he worked closely with Sergei Eisenstein and Vsevolod Meyerhold to push the boundaries of theatrical form and representation.  He was also a founding editor of the ‘Left Front of Art’ journal LEF and its successor Novyi LEF, collaborating with Vladimir Mayakovsky and Alexander Rodchenko amongst others to affirm that the changes wrought by Soviet power would find their necessary expression in equally daring works of art and literature.  In this regard his plays, particularly the agitational-theatre of Are You Listening, Moscow? (1923) and Gasmasks (1924) capture perfectly the energies of their time.  They shock and intrigue in equal measure, like so much of Soviet culture when it might have seemed that boundaries were there to be pushed and no subject matter was off-limits.  Now translated and collected in a single volume, they burst forth again, leaving the reader trying to imagine what it might have been like to see them performed by the First Workers Theatre of the Proletkult, under Eisenstein’s direction, in a theatre building or in the gasworks of Moscow’s Kursk railway station.

And yet, the records of the First All-Union Congress of Soviet Writers, when it convenes in Moscow in the late-summer days of 1934, list Tretyakov amongst the delegates who queued up to denounce ‘formalist’ experimentation in literature and the arts and to call for complete acceptance of the ‘Socialist Realist’ doctrine.  In the course of that Congress the same cultural policy that had condemned Malevich’s Suprematist paintings and Rodchenko’s photo-montages for their lack of explicit political content became the defining rule for the literature of the Stalinist state.  Tretyakov joined the ranks of those renouncing their former work in the hopes that doing so would secure the state’s continued favour as the avant-garde went into full retreat.

In the years following the Congress Tretyakov would serve as the deputy to Mikhail Koltsov, the President of the Foreign Committee of the Soviet Writers Association, and would travel widely in Europe, forging friendships and connections in Czechoslovakia and Germany (most particularly with Bertolt Brecht).  In this regard he adapted with greater success to the changing cultural and political mood inside Stalin’s USSR than some of his peers had done.  Mayakovsky, his former LEFcollaborator, was already dead by this point, driven to suicide in the spring of 1930 only to be turned subsequently into an icon of Soviet culture by the same state whose indifference to his work had proved so crushing.  Rodchenko had worked enthusiastically on a photography album celebrating the completion (largely through prison labour) of the Baltic – White Sea Canal in a bid to secure official favour.  Such compromises were no guarantees of lasting success, though.  Tretyakov’s brief period of official approval came when he was no longer producing plays, and ended abruptly on 16th July 1937 when we was arrested on charges of espionage for the German and Japanese governments.  Given the summary ‘trial’ that stood in for due process in such circumstances, he was transferred to Moscow’s Butyrka Prison, where he succeeded in killing himself before the state’s form of justice could catch up with him.

Alongside those agit-theatre pieces of the 1920s, though, the work that exemplifies Tretyakov’s relationship with Soviet cultural politics is the 1926 play that gives this volume its title, I Want a Baby.  On the one level, this tale of a young woman’s desire to have a child who will grow into the ideal member of the future Soviet society unburdened by any vestiges of discredited, bourgeois morality had much to commend it to a Soviet censor.  The heroine, Milda, wants a child but not a husband, disdaining conventional expectations in the belief that in the future such structures as the family will have been discarded.  Whilst the play grants her wish, though, in spite of the censure of some of the fellow residents in her Moscow apartment block, it does so only in so far that the child she conceives with the construction worker Yakov shares the honour of winning first prize at the ‘Exhibition of Children’ with the child that Yakov has fathered with his partner, Lipa.  The play ends on a note of near-farce, with the bookmaker who had taken bets on the outcome of the contest revealed to have absconded with the takings, and with Yakov praised for having over-fulfilled his quota and given the state two children at once.  Such children are “the heroes of the age” in their father’s rather cryptic words. 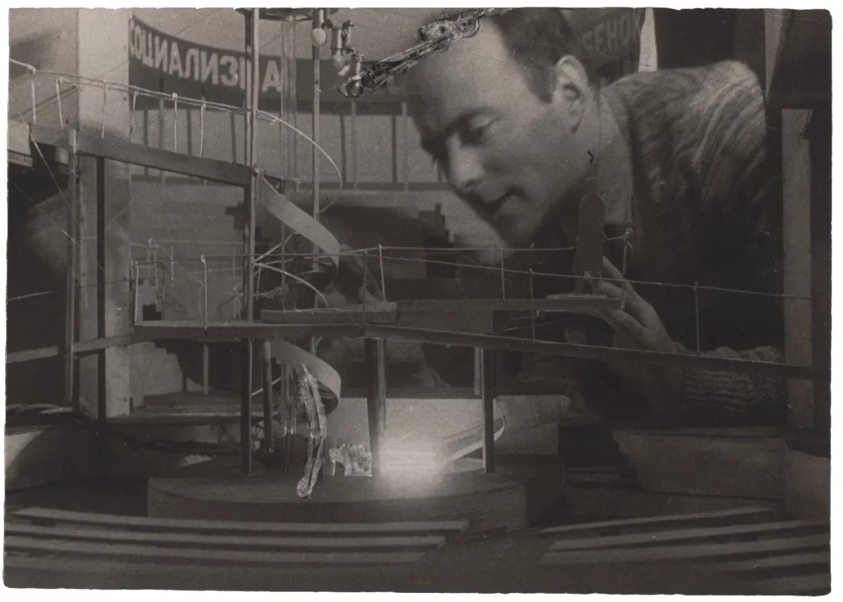 With a set design by El Lissitsky (shown above with a model of the proposed stage) the play was in rehearsal by the spring of 1927 only to fall victim to the shifting political climate as the regime prepared the country for the upcoming Five Year Plan by introducing more overtly Soviet standards of cultural production and content and prioritising works whose message was unambiguous.  Tretyakov was informed that his play had been banned, and undertook to rewrite it in the hope that it might secure acceptance in another form.

In the revised I Want a Baby of 1927 the scene shifts to a rural setting, with Milda now an agronomist and her wish for a fully-realised Soviet child mirrored in debates over animal breeding and crop production.  The closing scene blurs the prize-giving of the initial play into a larger agricultural show, where animals are singled out for being ‘best of breed’ alongside the children.  If Tretyakov hoped that moving the play’s action away from Moscow would make it more palatable, however, he was disappointed.  Whilst praised by some members of Artistic-Political Soviet of Glavrepertkom (the theatrical overseers whose approval was vital to the play’s success) the play was still criticised for its lack of complete clarity of message, and the risk of formalist deviations.  To see if it could be considered for performance, two trial productions were sanctioned, but neither saw the light of day.  Of the two potential directors, Vsevolod Meyerhold fell from official favour and was himself to be arrested and executed in 1940 while Igor Terentiev was arrested in 1929 and sentenced first to hard labour and then, in 1937, to death by firing squad.  Some of Terentiev’s initial sentence was served as labour on the White Sea Canal, where Rodchenko had photographed his brigade for inclusion in his book of images.  Such was the fate of the avant-garde.  Such, in time, was the fate of Tretyakov’s plays and, however much he tried to appear in step with the regime, the fate of Tretyakov himself.

Even as other figures from his time have been revived in the public imagination, though, Tretyakov’s legacy has, up to now, been obscure.  As Robert Leach recalls in his introduction to the volume, it was a meeting with Tretyakov’s daughter Tatyana at a 1988 conference that initiated the reclamation project that provides us with these texts in English translations.  Having been staged in the UK, North America and, most significantly, in Russia in the final years of the Soviet era, Tretyakov’s plays are here collected in print and in English for the first time.  Alongside Stephen Holland, with whom he has shared the translating duties, Leach deserves our thanks for making these daring and unconventional plays available again.  Over eighty years after his life, like the lives and careers of many of the most imaginative members of Russia’s creative intelligentsia, was cut short by a state that could find no place for him this collection gives Sergei Tretyakov the attention that his work, and not just his list of friends and collaborators, deserves.