You don’t expect to find Valery Gergiev and a 120-piece Mariinsky Orchestra spending a couple of nights in a Swiss mountain village, but that’s what happened in Gstaad on August 24/25. 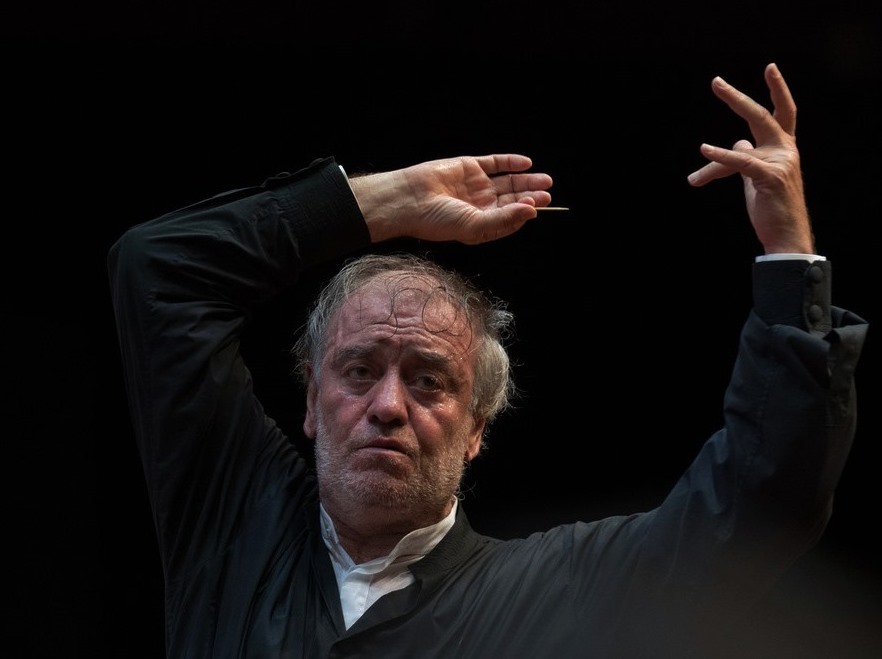 DISHEVELLED BUT DECISIVE: GERGIEV GIVES IT HIS ALLphoto © Raphael Faux

They were headlining the 2018 Gstaad Music Festival, now in its 62nd season, founded by Yehudi Menuhin (1916-99) shortly after he moved with his family to this picture-postcard corner of the Bernese Oberland.

The Festival’s very first concert on 4 August 1957, held in the neighbouring village of Saanen, saw Menuhin team up with French cellist Maurice Gendron, English tenor Peter Pears, and Benjamin Britten on keyboards. What rapidly became known as the Menuhin Festival was initially devoted to chamber music, with concerts staged in local churches. Orchestral performances were added in 1989, after the erection of an 1800-seater Festival Tent. The Tent (a sort of not-so-miniature forerunner of the Millennium Dome) is appended to the far end of Gstaad’s indoor tennis courts, obscured by bunting, red carpet and billowing fabric during the Festival. 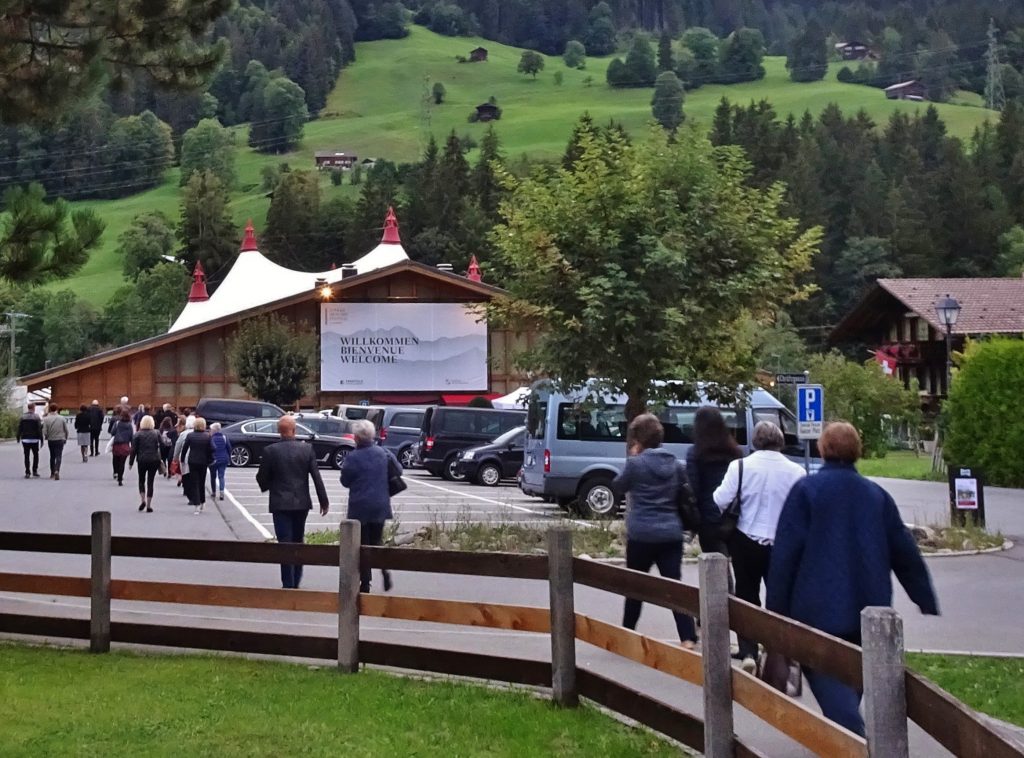 The Festival has gone from strength to strength since Christoph Müller (former manager of the Basel Chamber Orchestra) was appointed Artistic Director in 2002, and this year saw 50 classical concerts between mid-July and early September.

First up was Richard Strauss’s Alpine Symphony  (1915), a musical description of a day on a mountain, written partly in tribute to Gustav Mahler – a renowned hiker – who died in 1911.

Strauss toyed with calling his symphony Der Antichrist, after Nietzsche – saying it represented ‘moral purification through one’s own strength, liberation through work, and worship of eternal, magnificent nature’ – before settling on Eine Alpensinfonie. Strauss loved his mountains too: in 1908 he built himself a villa in the Bavarian Alps.

The symphony premiered in Berlin during World War One, with Strauss conducting, and basks in cognoscenti fame as subject of the first ever classical music CD (recorded by Herbert von Karajan and the Berlin Philharmonic) in 1981.

Gergiev blurred rather than accentuated these multiple transitions in a cogent reading of the 50-minute, single-movement symphony, powered by a non-stop brass section in robust form (though not perhaps enjoying its most high-precision evening). 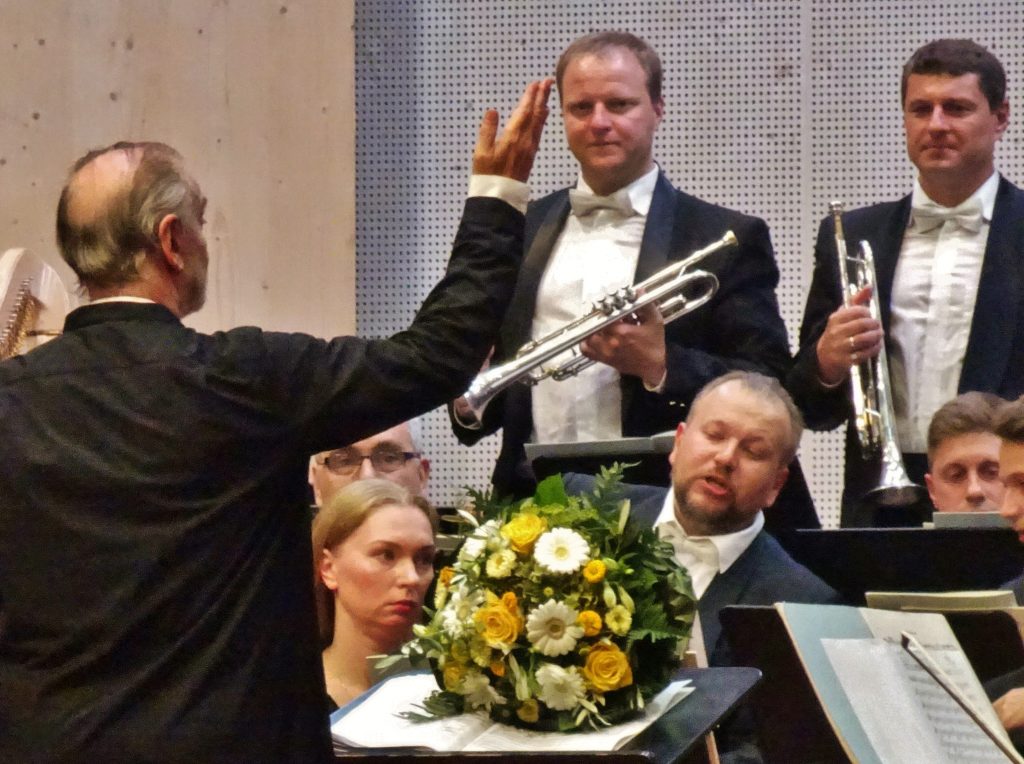 TOP BRASS: At the end of a long hard symphony, Gergiev salutes his trumpetsphoto © Simon Hewitt

Gergiev’s second Alpine showstopper was Tchaikovsky’s Manfred Symphony (1885), inspired by the Gothic poem penned in Switzerland by Lord Byron during his trip through the Bernese Oberland in September 1816 (including a visit to the Reichenbach Falls later immortalized by Conan Doyle). It was also in Switzerland that Tchaikovsky read Manfred – while tending his ailing boyfriend, the violinist Iosif Kotek, in Davos in November 1884.

Manfred had already been set to music by Schumann (Manfred Overture, 1852) and Nietzsche (Manfred-Meditation for piano, 1872). Tchaikovsky turned it into a symphony at the urging of Mily Balakirev, who had first proposed the idea to Berlioz after hearing his Byron-inspired Harold In Italy in St Petersburg in 1868.

The Manfred is the least-performed of Tchaikovsky’s symphonies. When you hear a performance as good as the one in Gstaad, with Gergiev in top form and acoustics that add sheen to every glimmering caress of the harp, it’s hard to understand why.

Gergiev launched into the symphony with unusual vehemence. From the very first bars the audience were assaulted by scything strings, bows wielded with gusto and attack. Gigantic sound was generated throughout, typified by cello-playing that verged on the manic. Yet such was Gergiev’s mastery of his huge forces that Tchaikovsky’s inventive orchestration shone through with crystal clarity. Seldom have bassoons boomed with such menace.

Each of the symphonies was complemented by a Tchaikovsky concerto.

August 24 handed the First Piano Concerto (1875) to Denis Matsuev (born 1975) – like Gergiev a darling of the Russian establishment (Matsuev was a torchbearer at the Sochi Winter Olympics, and performed at the opening and closing ceremonies).

He also founded the Stars On Baikal festival in his native Irkutsk.

The bear-like Siberian threatened to chop his piano in half with the crashing chords that open Tchaikovsky’s most celebrated concerto – before revealing the extent of his versatile talent with a staggering daintiness of touch and effortless switches of mood and volume.

For all its fame, this concerto is an early work, whose at times disjointed nature Gergiev smoothed over with some slowish, lilting tempi. An unusually halting flute solo at the start of the second movement was an incidental highlight. 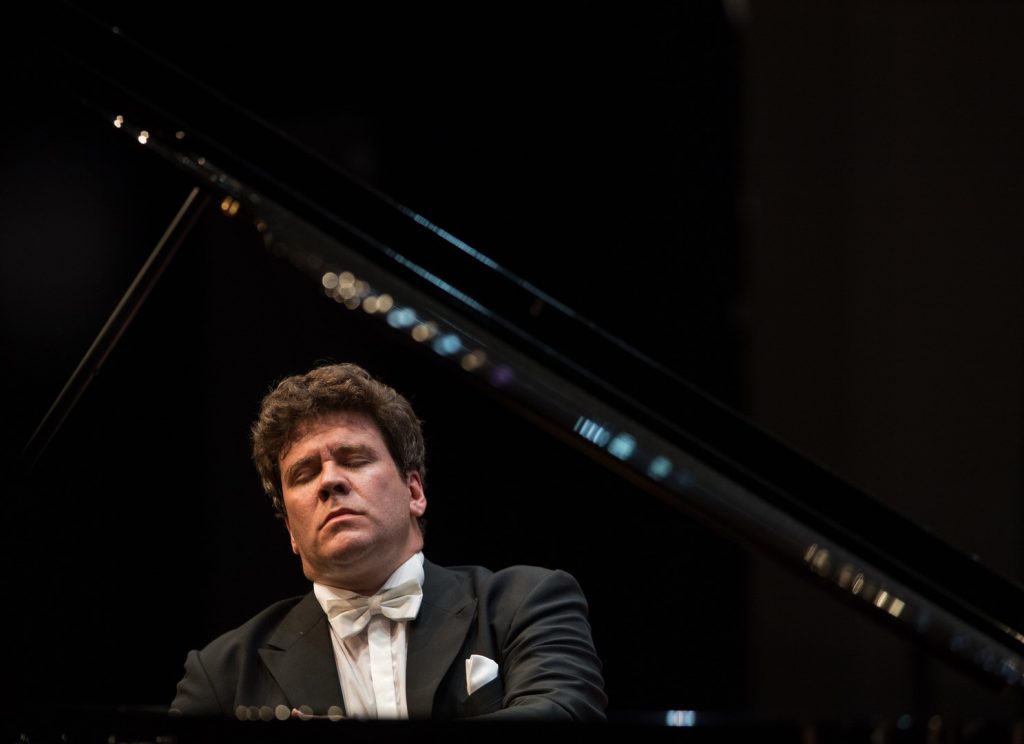 Lozakovich, born in Stockholm to a Belarus father and Kyrgyz mother, made his concert debut aged 9 under Vladimir Spivakov in Moscow. He is mentored by the Latvian-born maestro Eduard Wulfson, who was himself a student of Yehudi Menuhin (who first performed in public aged 7, with the San Francisco Symphony).

Lozakovich is the youngest artiste contracted to Deutsche Grammophon, with his debut album – featuring Bach’s two violin concertos and Partita No2 – released in June this year.

Unassuming and boyish, tall and thin, Lozakovich looks as if he is emerging from a teenage growth spurt. The apparent frailty masks a silken wiry energy.

At 40 minutes, Tchaikovsky’s is one of the longest and most demanding concertos in the repertoire. After a light, airy, almost ethereal start, Lozakovich swept through it nonchalantly, regularly shifting his weight from one foot to the other, at times almost hopping. During the most lyrical passages he stretched up on tiptoe.

Lozakovich first played under Gergiev in 2015, and they appear to have struck up a filial relationship.

As Lozakovich responded to Gstaad’s ecstatic ovation with a Bach encore, Gergiev looked on admiringly from the side of the stage – hands clasped in reverence in front of his waist, like a benign patriarch. 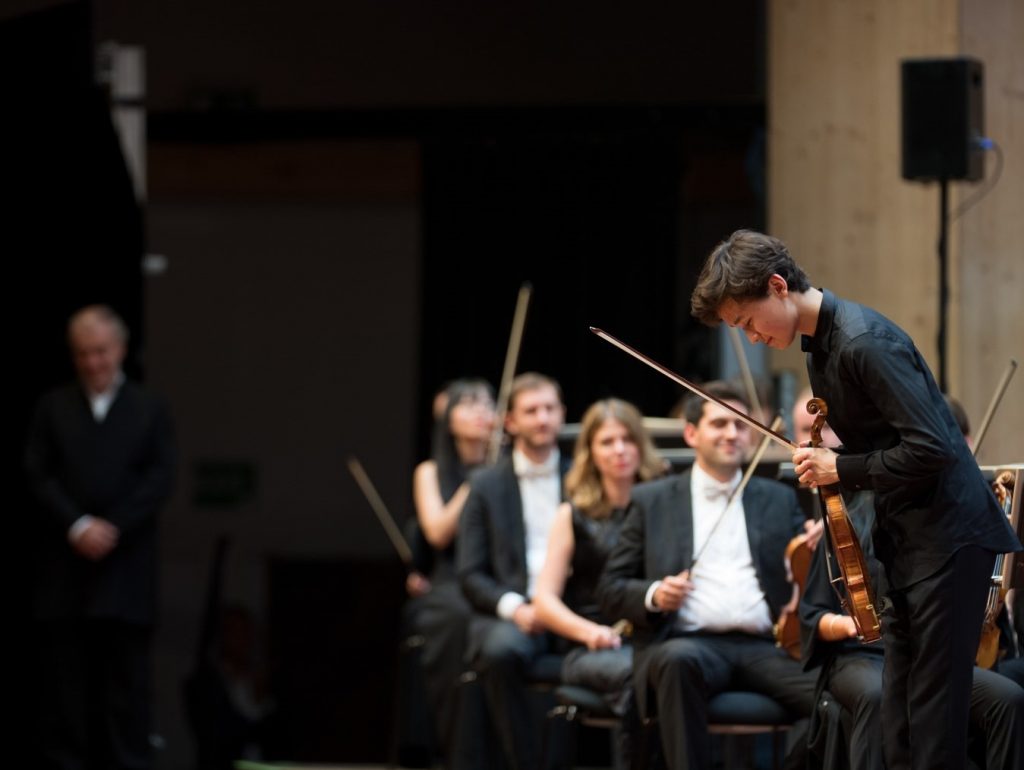