Russia has a great number of extraordinarily talented female singers. Many are not well-known in the West, with the possible exception of Anna Netrebko. Take for instance, soprano Galina Vishnevskaya – the star singer of the Bolshoi Theatre more commonly known as the wife of Mstislav Rostropovich to most audiences outside of the Soviet Union. Behind the Iron curtain in the USSR, Vishnevskaya sang leading roles at the most celebrated Russian opera house and was arguably more established and famous than her husband, especially early in his career. In her autobiographical book “Galina” she recounts a funny story from their marriage ceremony – the registrar offered Rostropovich the opportunity to adopt Galina’s surname and become ‘Vishnevskiy” so that everyone would know that he is the husband of the celebrated singer. 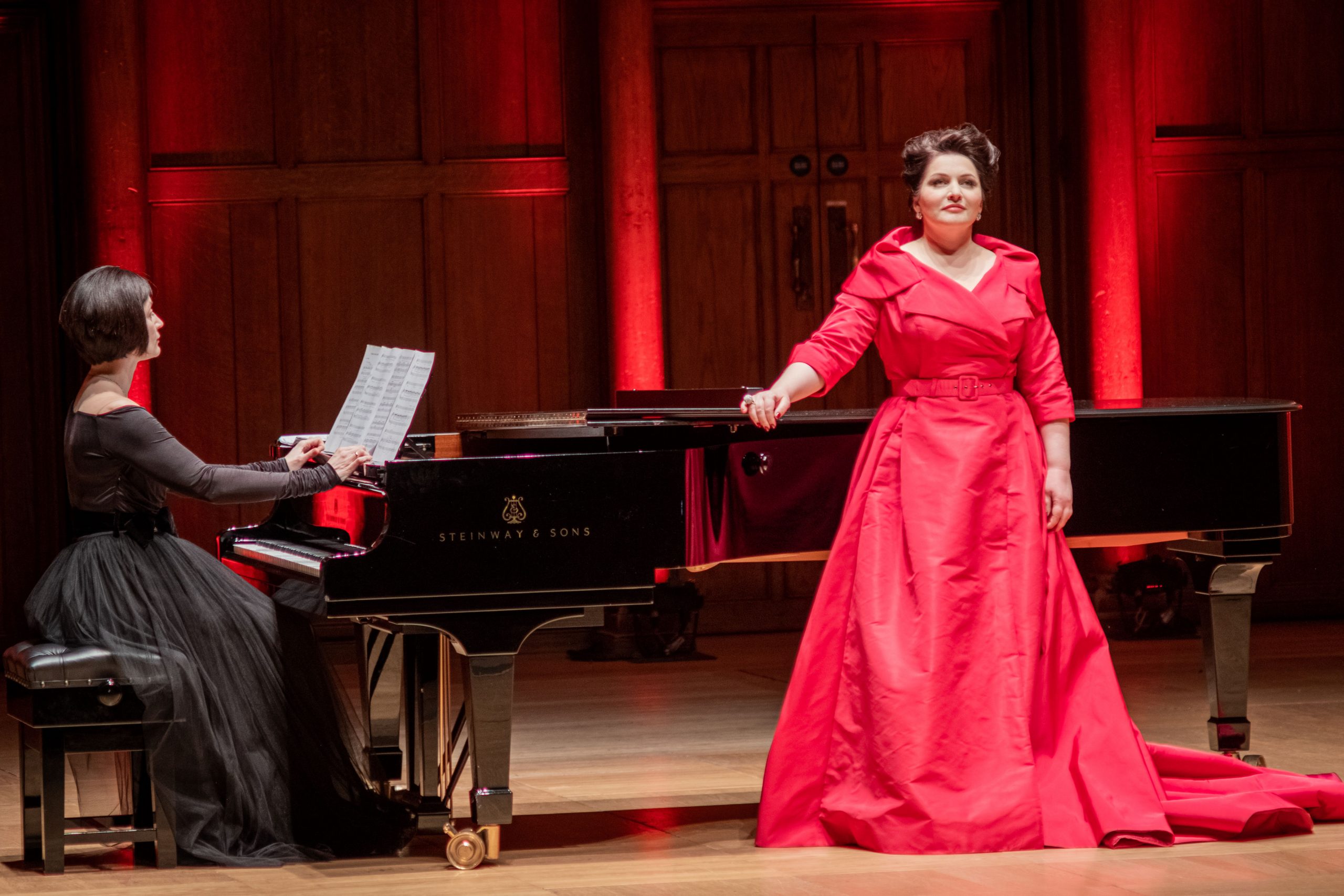 The magnificent Hibla Gerzmava is another singer who has achieved fame in her own country but is perhaps less well known in the West. She came to the spotlight when she won the Grand Prix at the Tchaikovsky competition in 1994. Her win made headlines – she was the first female singer to receive the sole Grand Prix awarded across all four disciplines (piano, violin, cello, voice).

No surprise therefore that Cadogan Hall was full of Russian speakers on 13 February eagerly awaiting one of the great Russian singing stars of our time. For many Russians, a concert is a special occasion, and dressing up and looking good is considered to be part of concert-going etiquette. Hibla’s rare London recital appearance provided the perfect opportunity for Russian glamour to shine in all its glory in central London.

Gerzmava, who was greeted with very warm applause when she entered the stage, presented a wonderful programme no doubt influenced by the imminent arrival of St.Valentine’s Day. Enchanting romances by Russian composers Tchaikovsky, Glinka, Rachmaninov, Rimsky – Korsakov in the first half were paired with powerful Italian (Donizetti, Verdi, Bellini) arias and French songs by Hahn & Faure in the second. 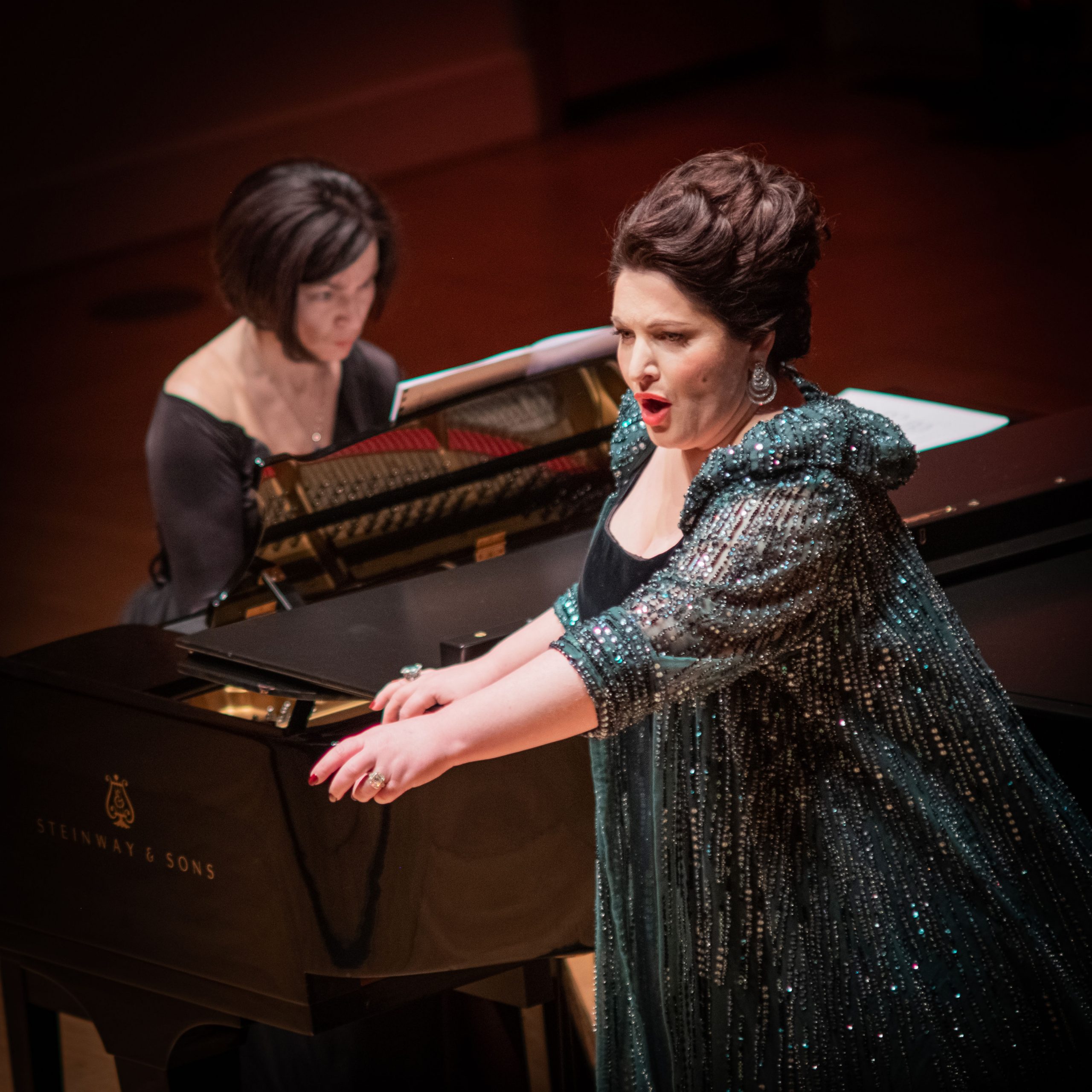 Gerzmava not only has a fantastically beautiful voice, but possesses a flawless vocal technique. She is in full command of a staggering dynamic range – from a tender and beautiful pianissimo to a full strong fortissimo, with an effortless command of the full register right up to the most difficult high notes. Her accompanist Ekaterina Ganelina has accompanied Gerzmava for over 20 years and the depth and understanding built up through their long-standing partnership is a joy to listen to. 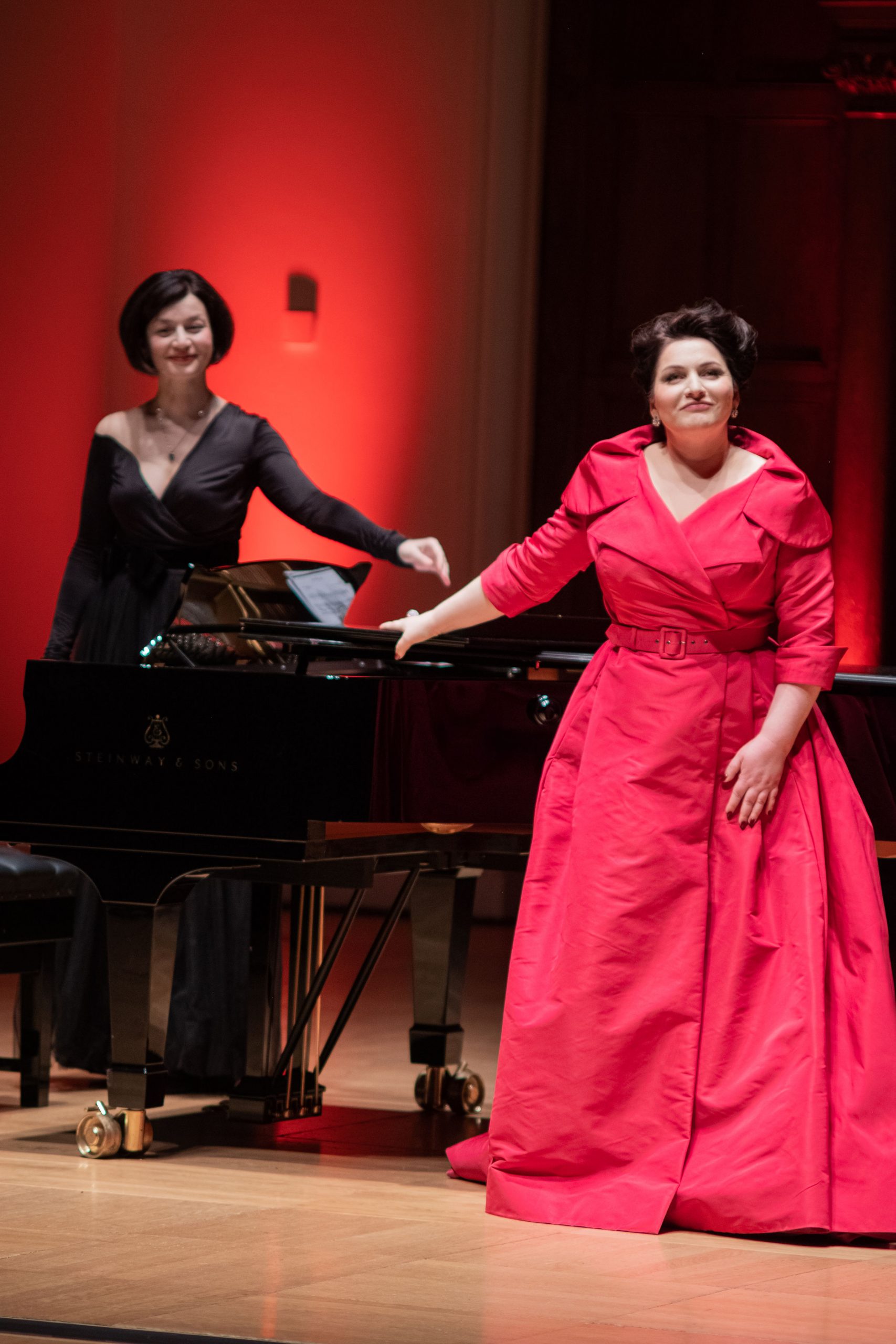 Being a remarkable interpreter of Russian repertoire, Gerzmava’s singing of Italian and French composer left no doubt that she is an opera singer of tremendous breadth as well. Her “Anna Bolena” made us forget that we are in a concert hall and her astonishing “Norma” made the audience wish that we could be transported to hear her in the full opera production. Fortunately for her admirers, Hibla returns to London to sing ”Elizabeth of Valois‘’ in Verdi’s “Don Carlo” at the Royal Opera House at the beginning of July in 2020. After several encores, Gerzmava finished the evening with a beautiful performance of the Russian folk-song “Travushka-Muravushka”, a fantastic and unpredictable choice to celebrate the end of a most beautiful programme.