November 17th and 21st Hermitage Fine Art will auction collections of numismatics, objects of vertu, Russian and international fine art in the Meridian Beach Plaza hotel, Monte Carlo. The preview of the sales will be held on 14th of November. The auction house will exhibit outstanding masterpieces by great Russian and European painters including Camille Pissarro, Eugene Boudin, Ivan Aivazovsky, Konstantin Makovsky.

On November 17 Hermitage Fine Art will hold an auction of international fine art of the XIX-XX century. It will be held at the hotel Le Meridian, beginning at 15.30. Among the famous names there are Camille Pissarro, Eugène Boudin, Claude Venadre, Frederik Marinus Kruseman, Erte, Elie Anatole Pavil, and Felix Varla.

The auction will feature: 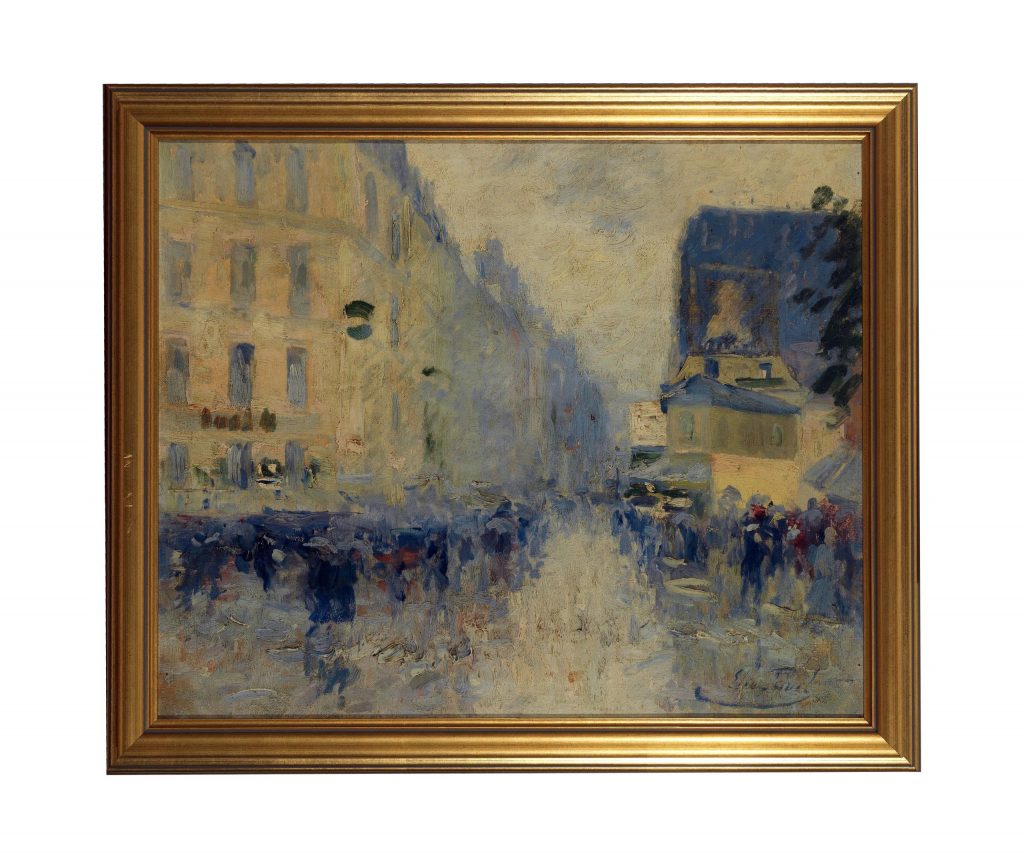 Elie Anatole Pavil was born in Odessa, Russia in 1873. He came to Paris in 1892 and established himself in Montmartre, on the Rue Caulaincourt. He arrived at the high point of La Belle Époque; Pavil dedicated himself to capturing its atmosphere on canvas. For most of the next fifty years he painted the cafes, the beautiful women, the jazz bands and artist ateliers of Paris. His paintings show an intimate knowledge of the inhabitants of the streets and alleys of Montmartre. Elegant couples dancing, beautiful models posing, working men finishing their day with a drink at the bar, all were cap- tured in Pavil’s carefully balanced compositions, many of which show the distinct influence of Degas and Renoir. 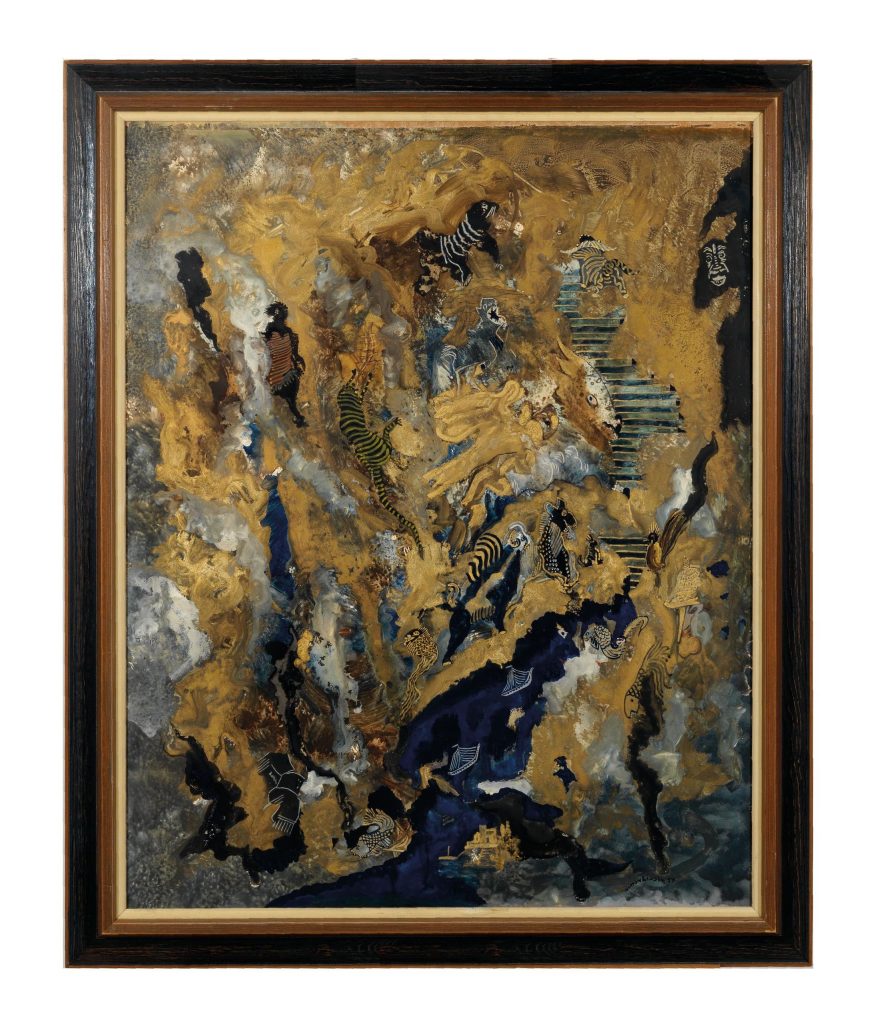 Simon Lissim is known for theatre set design, decorative art, china design. Simon Lissim was born in Kiev, Ukraine at the turn of the 19th century. He studied at the art school of A.S. Monko as of 1917. In 1919, Lissim emigrated, and as of 1920, he was studying at the art school of Reimann in London and living in Wiesbaden and London. He lived in Paris in the 1920s and 1930s and was closely associated with Diaghilev, Bakst, Benois, and many others. His work is full of Orientalist themes.

The auction catalogue of Russian art contains more than 500 art items and includes paintings and graphic works, engravings and placards, ancient books, items of decorative and craft art, silver and porcelain. The auction will take place on November 21, beginning at 11.00 in the Meridian hotel, Monte Carlo. 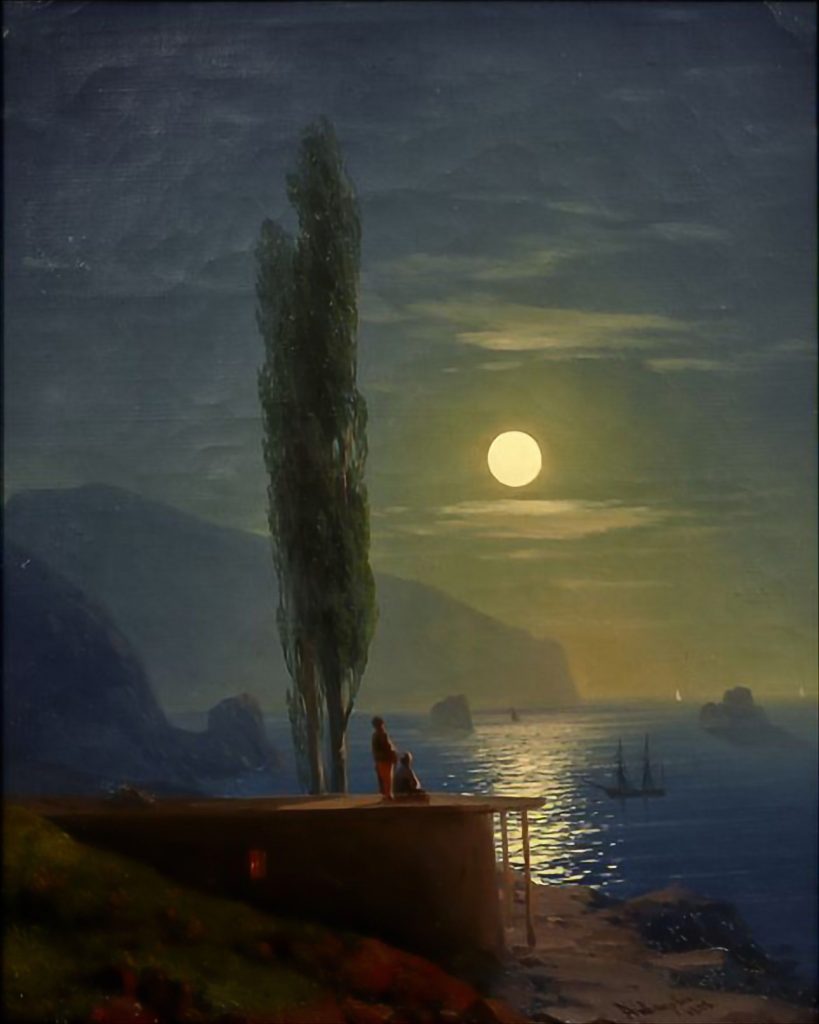 IVAN KONSTANTINOVICH AIVAZOVSKY Signed in Cyrillic and dated 1858 (lower right) Oil on canvas 41 x 33 cm Provenance: from a private collection of the merchant and art collector in Russia, acquired before 1905 The present work is included in the numbered archive of the artist’s work compiled by Gianni Caffiero and Ivan Samarine.

Sea moonscape by Ivan Aivazovsky, a portrait of an elegant lady by Konstantin Makovsky, ‘Gardens of Beijing’ by Camille Benoit (making its first appearance at auction), ‘Firebird’ by Nikolas Kalmakoff, and ‘Sisters of mercy’ by Mikhail Klodt are the main lots of the opening section of the Russian art auction, painting. 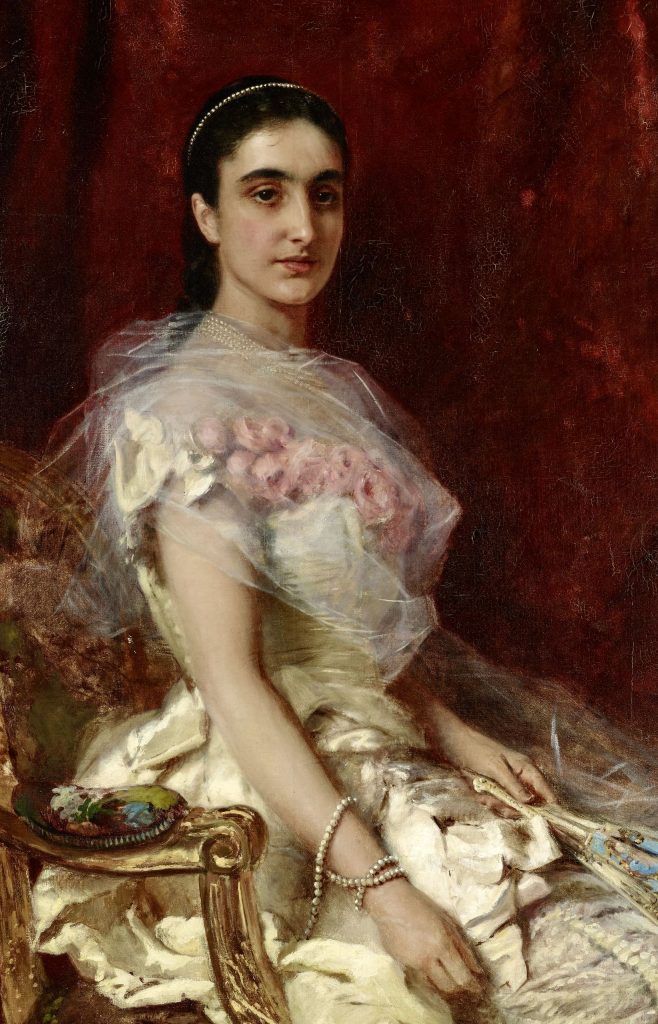 KONSTANTIN YEGOROVICH MAKOVSKY signed and dated ‘1883’ Oil on canvas 121.5 x 74 cm Provenance: Private collection The work will be included in the forthcoming monograph on Konstantin Makovsky being prepared by Dr Elena Nesterova.

Decorative art The most important auction lot will be a large presentation silver kovsh (Moscow, circa 1696) (Peter the Great) with the gift inscription in Russian Church Slavonic language : ‘By God’s mercy, the Great Sovereign, Tsar, Grand Duke Peter Alekseevich, Autocrat of All Russia, granted this ladle to the sotnik Kozma Kamenev while being in the customs in 1695, who took 104 rubles, 3 altyns, 2 dengas.’ 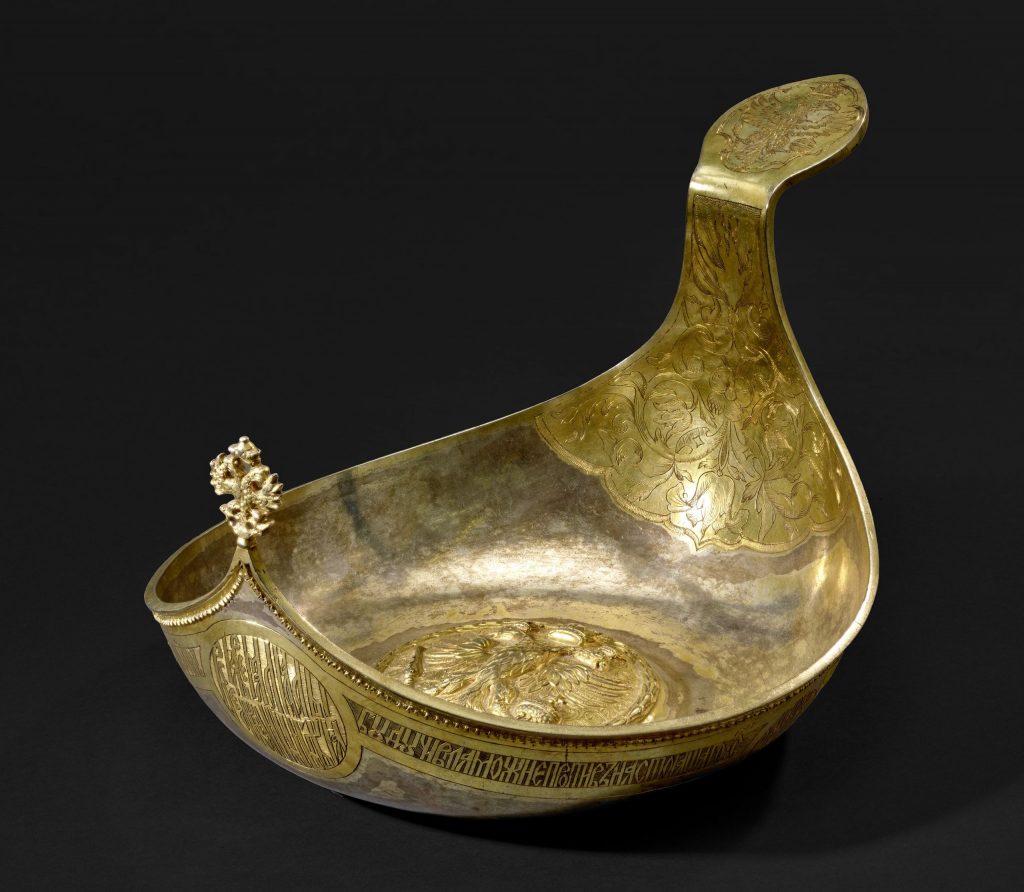 A rich collection of silver will also be exhibited at the auction. This collection contains such significant lots as a samovar from 1827 (lot 813), wedding silver glasses from the 19th century (lot 814), a Faberge blotter 1908-1917 with a silver plate (lot 816), a silver mug with the image of the Emperor of the Russian Empire Nicholas II (lot 817), and 4 silver plates by Faberge from the private collection of Elizabeth Obolenskaya Demidova of the famous Ural Industrialists Demidov dynasty (lot 824).

Set of four celebratory dishes in the rocaille style with the image of the coat of arms under the noble crown, the com- pany of C. Faberge Russia, Moscow, the firm of C. FABERGE, the Supplier of the Imperial court, 1908-1917. Silver, casting, engraving, assembling, polishing.

Amongst the top lots of the rare books collection are:

– D. I. Mendeleev handwritten letter addressed to the Director of the Public library Afanasii Fedorovich Bychkov (1818-1899) with a request to hire a son of his familiar person. 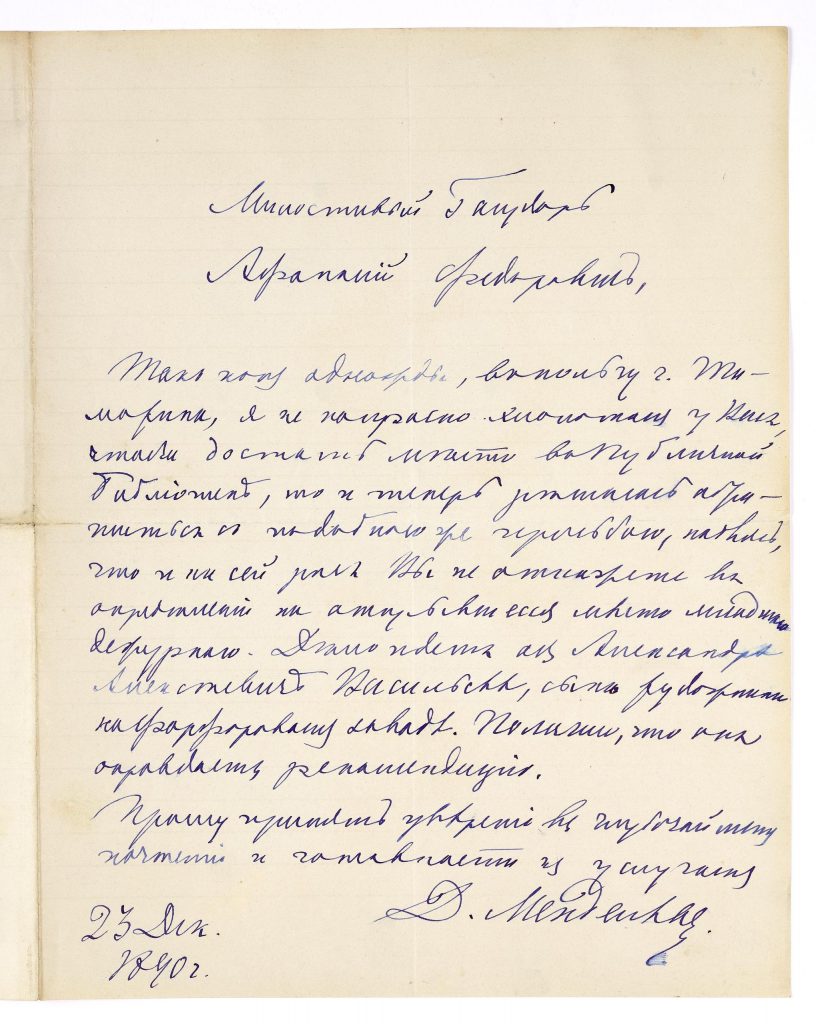 The works of the ‘Kremlin photographer’, the most important photographer of the first half of the twentieth century, Moses Nappelbaum, will certainly be in the spotlight for true collectors of photography. 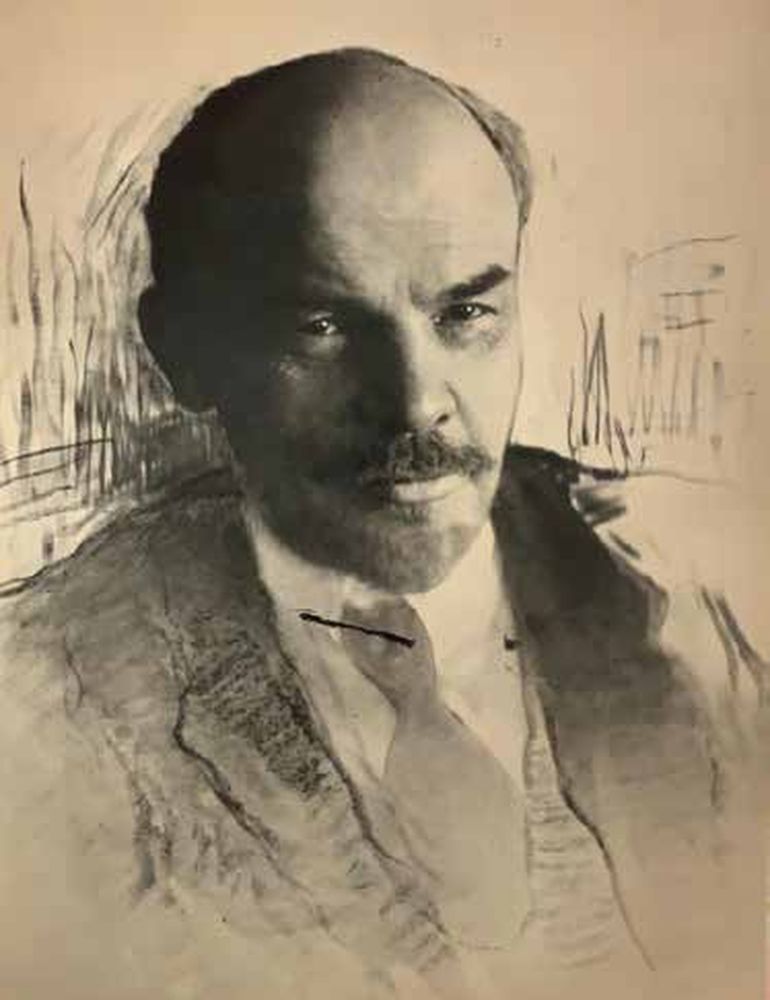 To honour the 150th anniversary of the birth of the ‘Master of the photo portrait’ Hermitage Fine Art will present for auction photos of the composer Sergei Prokofiev, Dmitry Shostakovich and the most famous photo of Vladimir Ilyich Lenin. It was Nappelbaum who in 1918 created the very first portrait of Lenin in history. It became the favorite photograph of the leader. The portrait was printed in millions of copies and distributed throughout the Soviet Union. Moses Nappelbaum invented his own creative manner of making a studio portrait, creating light spots on the film negatives to add a special effect to his composition.