Her Name is Prometheus

L’étrangère presents a solo exhibition of new work by the Russian-born, UK-based artist Yelena Popova. Entitled Her Name is Prometheus, the show is comprised of sculpture, paintings, etchings, and tapestry developed during a residency at The Art House in Wakefield, in May this year. 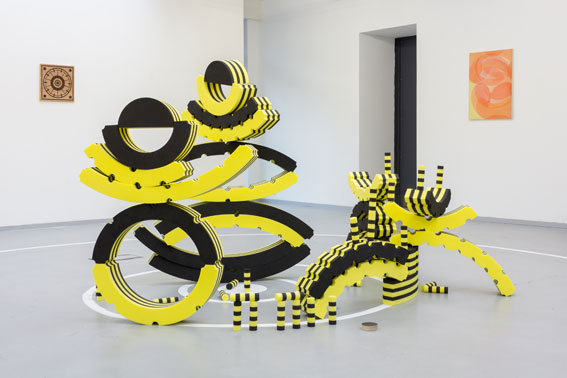 Informed by her interest in nuclear history and developed from local research, Popova was inspired by the story of Klaus Fuchs – the theoretical physicist and ‘atomic spy’ who was incarcerated at Wakefield prison during the 1950s for supplying information from the Manhattan Project nuclear research to the Soviet Union during and shortly after the Second World War. Fuchs’s chief area of expertise was the implosion method, which led to the development of the Plutonium bomb.