On 1 December 2021 MacDougall’s in London will offer Henryk Siemiradzki’s exceptional work Un Naufragé mendiant, 1878 (estimate £ 730,000–900,000). Undoubtedly, this three metre canvas is one of Siemiradzki’ most significant paintings to remain in private hands. The Torches of Nero, which was exhibited along with Un Naufragé mendiant at the Paris Exposition Universelle in 1878, is now in the collection of the Nation Museum in Krakow. As such, the appearance of the work at auction presents a unique opportunity to acquire a rare masterpiece of museum quality. 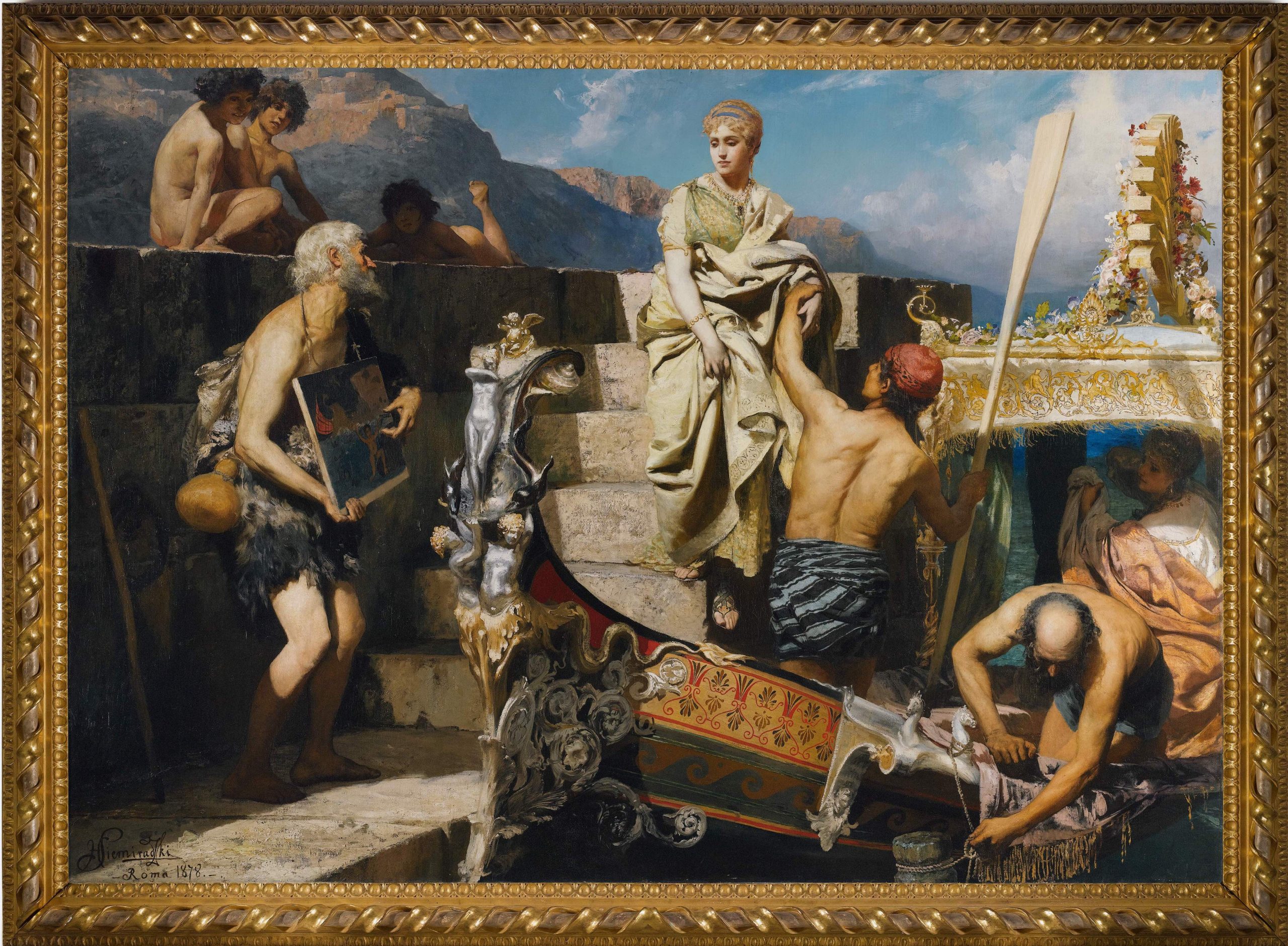 Un Naufragé mendiant has the most remarkable provenance. Notably, it was exhibited at the Exposition Universelle, where it won the hearts of contemporary critics and the international audience, leading to Siemiradzki being awarded the medal of honour at the Exposition, as well as the Légion d’honneur. Recognition in Paris made Un Naufragé mendiant one of Siemiradzki’s best known works in Europe and it repeatedly appeared in publications.

Despite the artist’s links with Russian art world and the continued patronage he received from the Russian Imperial family, Siemiradzki, who was born to a Polish family in present day Ukraine, remained faithful to his national roots throughout his life and many of his works remain in museum collections in Poland.

Siemiradzki already in his lifetime enjoyed pan-European commercial success and great renown, receiving titles from the Academies of Arts in Saint Petersburg, Berlin, Rome, Turin and Stockholm, as well as the French Academy of Fine Arts. Artist’s acclaim and demand for his works continues to persist, with the record auction sale of a Siemiradzki painting surpassing $2,000,000 mark.