Heart of a Dog – A Gift That Keeps On Giving

Italo Calvino once wrote that: “A classic is a book which with each rereading offers as much of a sense of discovery as the first reading.” One can argue that the same can be said for film – especially if it is based on an esteemed piece of literature – for a motion picture of great calibre shall continue to resonate with its audience through repeat viewings.

Of course, there are always times when even the greatest of source materials can’t manage to generate a work of art from a masterpiece…for one reason or another. But alas, in the instance of Vladimir Bortko’s acclaimed opus ‘Heart of a Dog’ (1988), this is not the case.

Written by Mikhail Bulgakov in 1925, ‘Heart of a Dog’ did not see the light of day in its homeland until 1987. Considered a political satire at heart, the tale’s publication was heavily censored by the soviet regime, especially due to outspoken views on Bolshevism. Thus, through its coming-into-being, the film not only celebrated one of the greatest Russian literary minds, but also signified a change that allowed for this story to come to life.

For those who unfamiliar with its plot, the film, set in Moscow of 1924, follows a respected Russian physician Professor Philipp Philippovich Preobrazhensky and his colleague Dr. Ivan Arnoldovich Bormental as they undertake an experimental operation of transplanting the endocrine glands of a recently deceased alcoholic criminal into the body of a dog – all the while undergoing consistent abuse from the newly appointed Bolsheviks on the house committee. 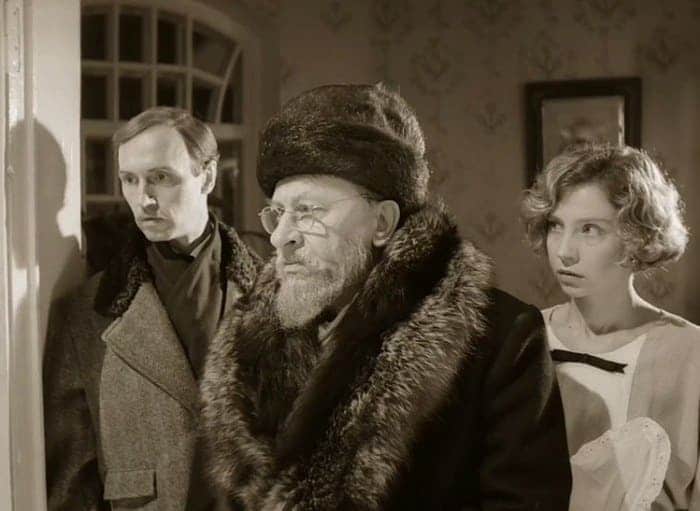 Given its controversial background, a Russian production of such a work – the film had previously been adapted to screen in Italy – had to be handled with extreme diligence. It is no secret that at first, the was a lot of doubt about director Vladimir Bortko’s ability to successfully bring the story to the screen. Regardless, after gathering a film crew in just a few days, he proved that he was up to the challenge.

The execution is simple, but perfect in its resolution – and full of tonal qualities that speak volumes all the while remaining subtle. The use of Sepia allows for the focus of each scene to be directed at the characters, without loosing its grip on the set pieces – whilst also perhaps being a nod to the dichromatic vision of canines. The transitional shots of cold, dilapidated winter streets of Moscow (all though the film was shot in St. Petersburg) provide a striking contrast with the cosy opulent interiors of Professor Preobrazhensky’s flat, thus further outlining the dichotomous relationship between the upper-classes and the proletariat – which remains at the centre of the story.

The smooth pacing of film allows each scene to become a careful exploration of Bulgakov’s ingenious dialogue, in which each indispensable line is delivered with such imperativeness, that it cuts through the lens and bleeds directly from the pages of the manuscript. Yet, the scenes, whilst intimate, by no means feel like a theatrical production, and still maintain the gravitas of a motion picture all the while capturing the intrinsically human tone within the atmospheric bubble of this satire.

Even such seemingly insignificant moments as when one of the members of the house committee Viazemskaya (Natalia Fomenko) attempts to persuade Professor Preobrazhensky to buy some magazines for the benefit of German children – which he refuses to do – pierce the setting with illustration of the attempt to peddle ideology unto unwilling individuals. 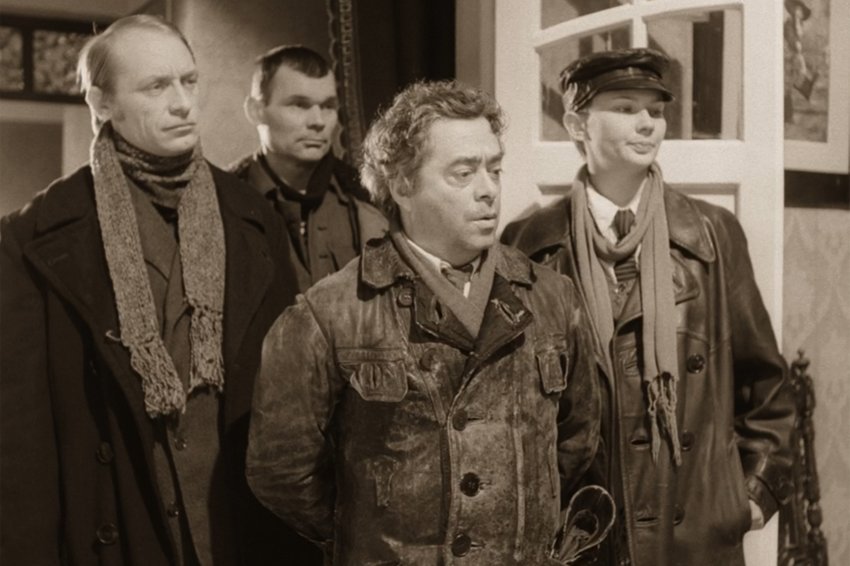 Roman Kartsev as Shvonder, Professor Preobrazhensky’s nemesis, and the head of the new housing committee

A lot has to be said about the portrayal of Professor Preobrazhensky by Evgenii Evstegneev – who, as it was revealed later, was actually not all that enthusiastic about taking the part. Nevertheless, Evstegneev’s turn as Philipp Philippovich ended up becoming one of his career’s defining roles, for whilst the character serves as the voice of reason within this tale, the actor managed to pack his personage with enough (lamentable) nuance that almost turned him into an anti-hero of sorts, as he struggled to maintain his poise in the face of his creation. Preobrazhensky’s efforts to control and shape Sharikov represent much more than a battle between a father and his offspring, but something that paints a picture of a conflict between classes in the face of social instability; and that is why Evstegneev’s frustration and overall lachrymose, makes such a compelling case for the character’s on-screen existence.

The now iconic portrayal of Sharikov by Vladimir Tollokonikov – in his breakthrough performance – has also become one of Russian cinema’s most popular ones. Although the studio was at first extremely hesitant to hire the unknown theatre actor from Alma-Ata, but following his first day on set, recognized his talent and even apologised for their reservations. For Tollokonikov, in his turn as the half-witted, albeit troublesome Sharikov, managed to take a rather deplorable and ignominious character, into a screen presence that steals every scene he’s in. 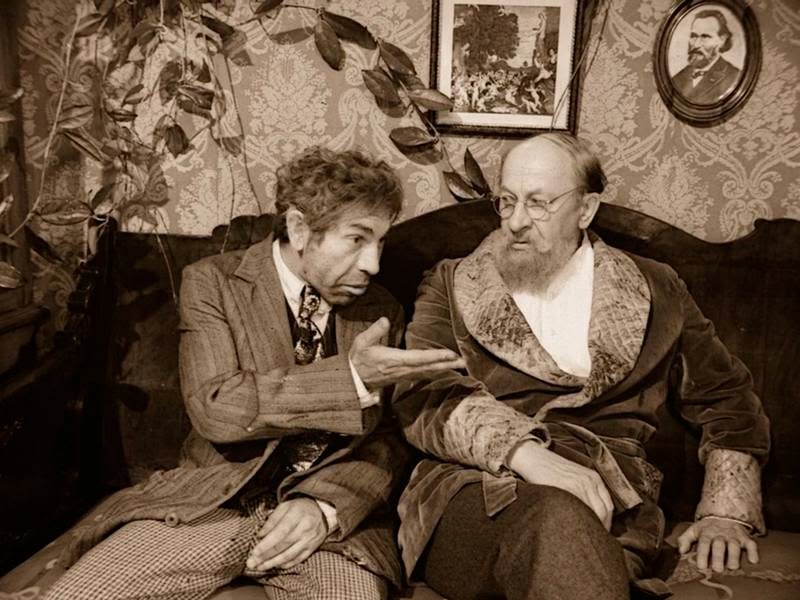 The film would go on to receive wide critical recognition, and become a trademark of Russian cinema. And yet for all its technical and sub-contextual aspects, what has perhaps made this film into such a cult favourite amongst the Russian masses, is the thread of sentiment and good-heartedness (pardon the pun) that runs through its coarse veins. Its compulsively quotable lines continuously ring out throughout Russian families across the world, and its traditional status still brings people together through viewership.

Witty, poignant, and relevant, ‘Heart of a Dog’ is an undisputed classic, and shall perhaps remain as important as its source material…keeping this tale and its messages alive for years to come.